A move by the Berejiklian government to "unblock planning projects stuck in the system" has drawn concern about a reduction of scrutiny but also praise for efforts to speed up the nation's slowest approval rate.

Planning Minister Rob Stokes last week announced the creation of a Planning Development Unit staffed by as many as 30 people that will become the "central point of escalation" to resolve issues holding back big projects. 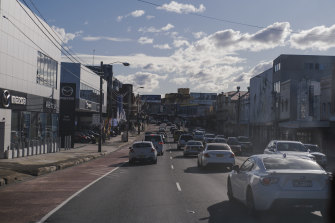 Development applications will be accelerated as part of the Parramatta Road Corridor Strategy, one of four key projects the govenment wants to accelerate approval for.Credit:James Brickwood

Four large projects to be prioritised, including the Parramatta Road redevelopment and a new metro station at Crows Nest, would advance towards approval within eight weeks, creating opportunities for more than 66,500 new jobs and 50,000 new homes across Greater Sydney, Mr Stokes said in a statement.

“An efficient planning system has proven vital in our work to get the State back on the road to recovery post-pandemic,” Mr Stokes said.

Staff within the department, though, have raised concerns that the special unit will simply bulldoze through approvals for projects delayed by requirements to have adequate biodiversity offsets or waste water plans, among other standards.

"This is a further step in the complete castration of any planning control measures left standing," one staffer requesting anonymity told the Herald.

Independent NSW MP Justin Field said the recent release of the government's third tranche of 'fast-tracked' assessment projects gave little confidence that they would get necessary oversight nor that the benefits would match the media releases.

"The COVID-19 Fast-Track planning process is looking increasingly shonky," Mr Field said "The job claims lack credibility and the whole process seems like a PR exercise to give cover for reduced scrutiny." 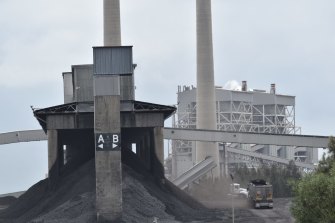 The coal mines supplying Vales Point Power Station near Lake Macquarie were given approval but not necessarily fast-tracking priority.Credit:Brad Smith

He cited the inclusion on the third tranche of Mannering & Chain Valley Projects to supply coal to the Vales Point Power Station, a project touted to generate 170 immediate jobs and involve $65 million in investment.

Mr Field said it made no sense to include the projects for fast-tracking since they were already on course for approval, and indeed got the nod from the Independent Planning Commission on June 26, five days after the release of the tranche of projects.

"It seems an especially poor process to announce a project for a fast-tracked decision that had already been referred to an Independent decision maker that is operating under statutory timelines and terms," he said.

A Planning Department spokesman defended coal projects inclusion in the priority list, saying the "recently approved modification would extend the consented operational life of the mine from 30 June 2022 to 31 December 2027, providing additional work and job opportunities for 170 employees for a further 5.5 years".

"An independent probity advisor has been appointed to ensure the prioritisation process is robust and transparent," he said.

The new planning unit, meanwhile, would "stimulate the economy by removing blockages and resolving delays for the assessment of development projects already in the system".

"The PDU will focus on projects where agencies and councils aren’t meeting the timeframes for integrated and concurrence referrals (40 days and 21 days,) and long-term undetermined development applications (120-plus days," he said, adding that the public exhibition of proposed developments and assessment by relevant technical agencies "will continue as vital elements of the usual assessment process".

The new unit drew praise from Tom Forrest, chief executive of the Urban Taskforce, calling it "a game-changer for the NSW planning system”. The group represents property developers.

He noted the NSW Productivity Commission last year found the state had the slowest planning system in the nation in each category of approval.

“The worst offenders are often not council officers, but are in fact NSW government agencies and authorities which are required to scrutinise and give concurrence to a planning proposal or a DA," Mr Forrest said.

"The Rural Fire Service, Transport for NSW (RMS), Sydney Water, Office of Environment and Heritage, the EPA, the Department of Health and the Department of Education often give conflicting advice and take an age to give it," he said.

Delta Energy, owner of the Mannering & Chain collieries, was approached for comment.

Real Madrid midfielder Oscar Rodriguez may move to Villarreal
Ronaldo spoke of wanting to move to PSG after the Juventus-Loko match in the Champions League (France Football)
Matteus on Hennessy's words about Borussia: Bayern want to win the Champions League every year, but it's normal for them to take the Cup every two years
Safonov is the best player of Krasnodar in the 2019/20 season
Depay before Juve: If Lyon makes it to 1/4, it will be a serious bid
Adebayor on the city-real match: Madrid would be the favorite with Ronaldo in the line-up. This is a goalscoring machine
Lovren will make his debut for Zenit in the match against Loko, Lunev will not play due to injury
Source https://www.theage.com.au/national/nsw/new-planning-unit-draws-fear-of-laxer-oversight-support-from-business-20200704-p558yg.html?ref=rss&utm_medium=rss&utm_source=rss_national

'Just a bit of paint': Perth 'Joker' says he was treated like a rockstar in lock-up

The dancing personality having a masked ball

Hotspot declaration 'a shambles' for Queensland travellers to NT

Brown 'needed' to be dropped: Shaw

Please Explain podcast: Why are Australians gambling more in lockdown?

'You're a disgrace!' Opposition fury as Mikakos bats away questions

Reality to hit markets as prospect of V-shaped recovery fades