"Travellers coming in from those states will be given information about the quarantine and will be reminded that it is required, not optional," New York mayor Bill de Blasio said on Wednesday. 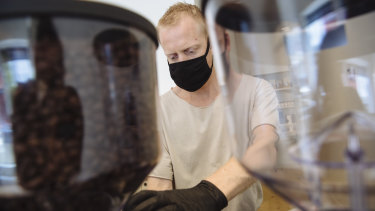 The checkpoints will be set up at major bridge and tunnel crossings into New York City.

"This is serious stuff and it's time for everyone to realise that if we're going to hold at this level of health and safety in this city, we have to deal with the fact that the quarantine must be applied consistently to anyone who's travelled," de Blasio said.

Once the epicentre of the US outbreak, New York has taken strong steps to prevent the resurgence of cases seen elsewhere.

All public schools in Chicago, Illinois, where COVID-19 cases have risen for six weeks in a row, will start the new academic year with all classes taught remotely from Wednesday.

Teachers in the district, the country's third largest with 350,000 students, had resisted a plan by city leaders to launch a hybrid model in which parents could choose to have their children attend in-person instruction in pods of 15 pupils twice a week.

The Chicago Teachers Union threatened to strike over safety concerns if city leaders did not opt for remote learning.

"Nothing about this crisis has been easy," Chicago mayor Lori Lightfoot said. "Every day has been another step into uncharted territory."

Spain reported 1772 new coronavirus infections on Wednesday, marking the biggest jump since a national lockdown was lifted in June and beating the previous day's record rise.

The rate of increase in new cases, which does not include data from two regions, sharply rose from the previous day, while one more death was registered, bringing the total to 28,499.

Cumulative cases, which include results from antibody tests on people who may have recovered, increased to 305,767 from 302,814, the health ministry said in a statement.

Poland to reopen schools despite rise in infections

Poland intends to fully reopen its schools on September 1 despite a recent rise in coronavirus infections.

The country was initially successful in containing the outbreak, but cases started rising after restrictions on public gatherings were eased. On Tuesday, authorities reported the fourth record daily increase in a week, with 680 new infections.

Education Minister Dariusz Piontkowski said the ministry would impose strict hygiene and safety rules for schools, as well as criteria under which some schools could switch to online teaching or a mix of online and in-class instruction if local infections rose.

Wearing masks in classes would not be mandatory.

"We are not planning to limit the number of students in class. If there is an epidemic threat, the headmaster may adopt a solution where the number is limited or some students come to school and others learn online," Piontkowski said.

He said the conservative government would force parents to send all children back to school. "A parent is not an epidemiologist," he said.

Scotland imposed new restrictions on the city of Aberdeen on Wednesday to tackle an outbreak of COVID-19 cases, closing pubs and restaurants and ordering visitors to stay away.

First Minister Nicola Sturgeon said an outbreak in the city now accounted for a total of 54 known cases, and that in the last 24 hours there had been 64 new cases across the whole of Scotland. 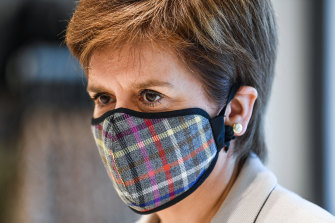 "This virus hasn't gone away - if you doubted that, then today we have evidence of how true that is," she said.

Aberdeen is Scotland's third-largest city by population and one of its wealthiest, serving as a hub to the North Sea oil industry.

Sturgeon said indoor and outdoor hospitality would be required to close by 4pm every day and she advised against travel other than for work or education. She also said people should not visit other households.

Britain has been the hardest-hit country in Europe with more than 46,000 COVID-19 deaths. Having peaked in April and May, new cases have substantially declined, but officials are worried about a resurgence as the economy reopens after months of lockdown.

Kevin-Prince Boateng signed a contract with Monza Berlusconi until the end of the season
Ex-Manchester United player Raphael: van Gaal is one of the worst people I've worked with. I was told that he doesn't like Brazilians
Rebic dislocated his elbow and may miss several Milan matches
Manchester United will work on Sancho's transfer until the transfer window closes
Frank Lampard: Must stand up for the Cap. I'm not going to say that he spent his last game for Chelsea
Liverpool loaned Karius to Berlin Union
Peter Crouch: Bruno will win The Golden boot. In the Premier League, 38 matches are 38 penalties for Manchester United
Source https://www.smh.com.au/world/north-america/new-york-city-sets-up-quarantine-checkpoints-for-interstate-visitors-20200806-p55iz4.html?ref=rss&utm_medium=rss&utm_source=rss_feed