NSW has become the first jurisdiction in Australia to pass a suite of defamation law reforms, ratcheting up the pressure on the other states and territories to follow suit.

The changes, which passed the NSW upper house on Thursday, include a "serious harm" test aimed at weeding out minor claims before a costly trial and a new public interest defence, both modelled on British law. 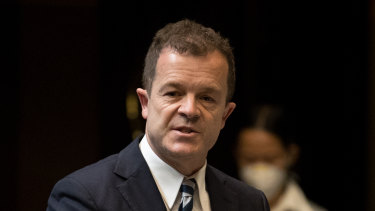 The national reforms, spearheaded by NSW Attorney-General Mark Speakman, are also aimed at reducing the size of defamation payouts. It follows a series of record awards including the historic $2.9 million actor Geoffrey Rush received following his defamation fight with The Daily Telegraph.

The new laws clarify the cap on damages for non-economic loss, which is currently $421,000. A plaintiff may still receive a higher payout in some cases, including if damages are awarded for economic loss as in the Rush case.

Australia's defamation laws had not been updated since 2005, when the states and territories agreed to pass uniform legislation to replace an unworkable system of eight different laws across the country.

NSW has not set a commencement date for the new laws, but it would be problematic for it to introduce the changes ahead of the rest of the country.

Mr Speakman said the Council of Attorneys-General had "agreed that each jurisdiction would act as quickly as possible to introduce the Model Defamation Amendment Provisions in their respective Parliaments".

"I hope that other states and territories will follow NSW’s lead. The sooner this is done, the earlier Australia can have consistent and modern defamation laws," he said.

Professor David Rolph, a media law expert at the University of Sydney, said "an essential feature of the national defamation laws when they were introduced in 2005 was that all the states had the same commencement date: 1 January 2006".

"That was before the Federal Court [rather than state courts] began regularly to exercise jurisdiction over defamation claims. Having a uniform starting date is essential to the success of these amendments," he said.

The COVID-19 pandemic and upcoming elections posed difficulties for some jurisdictions in passing the legislation quickly but it was essential to have a uniform commencement date to "preserve uniformity", Professor Rolph said.

Van de Beek after 1:3 with Palace: Happy to make his debut for Manchester United, but disappointed with the result
Jurgen Klopp: Transfer activity shows Chelsea's ambitions
Andrea Pirlo: I'm in Juve and I work with a team full of Champions. I have no doubts, only confidence
Even Zidane listens to Marseille rap. The city is steeped in hip-hop, and the club promotes aspiring rappers
Leicester loaned Under until the end of the season
Robertson on Messi: He will be considered one of the best ever along with Maradona and Pele when he finishes
Giggs about Manchester United: Palace were better and wanted to win more strongly. They could have scored more
Source https://www.theage.com.au/national/nsw-becomes-first-state-to-pass-defamation-reforms-20200806-p55jbu.html?ref=rss&utm_medium=rss&utm_source=rss_feed

Vixens knocked off in penultimate Super Netball round

University art exhibitions are the home of the brave, review finds

'I was terrified': bookshops navigate choppy waters during lockdown

Collingwood rule Jeremy Howe out for the season, Stephenson returns