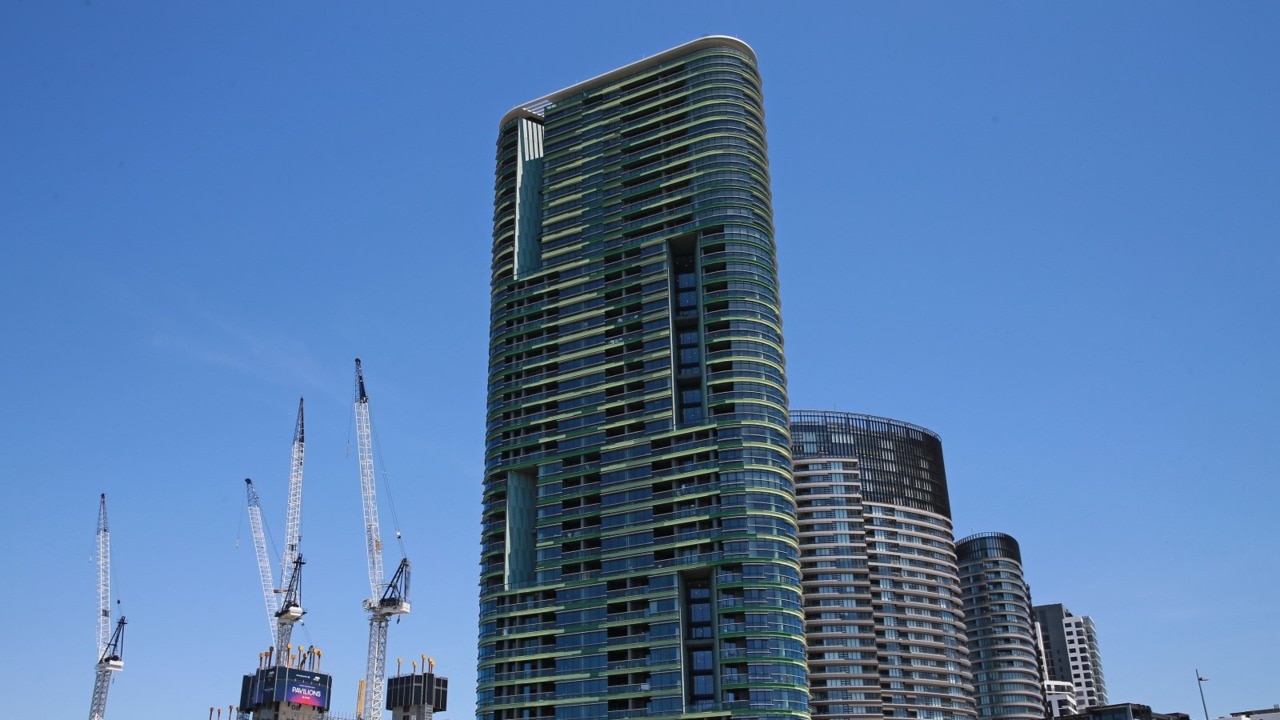 Residents of Sydney's Opal Tower will be allowed to move back into their apartments before Christmas. Almost one year since the building was evacuated, the New South Wales government claimed the remaining "two or three" apartments which still need to be made safe will be completed within the next week. Residents from 392 apartments were evacuated last year after a cracks were discovered on several floors of the complex. Some apartment owners returned to their units earlier this year, but many were left stranded. Image: News Corp Australia

‘NO DOCUMENTS AND NO WITNESSES’: Furious debate at Trump’s trial

Harry and Meghan threaten to sue over Canada paparazzi shot

McKenzie approved $36,000 for shooting club without saying she was a member

Clinton blasts rival: ‘Nobody likes him’

A huge meteorite hit Australia 2 billion years ago. Did it lead to life as we know it?

Health concerns over sunscreen chemicals found to absorb into bloodstream

All clear for PFAS: council/govt move to allay run-off fear

Pam rebuilds life with help from friends and neighbours

Govt ministers were ‘so keen to pork barrel’ their own electorates

Dive in and live large in luxury

Modern living in a buzzing location

Morrison ‘is moving in the right direction’ on hazard reduction

How to save on your power bill

Energy sector a good place to be for 2020 growth

Delays as Car Bursts Into Flames on Motorway South of London

Our Pearl Harbour could become our Port Arthur moment

Fears for wildlife as brumbies compete for reduced Kosciuszko grassland

Hypnosis for anxiety? 'Doable' if you have an open mind

Living in the uncertain impermanence of peace and good health

Plan for tax-deductible childcare ought to be on the table

From the Archives, 1994: Michael Hutchence - a life INXS

Your Daily Horoscope for Wednesday, January 22

Michelle Obama is onto something: working out to music is better

Christensen misused domestic travel that linked up with month-long holiday

Why productivity hacks never live up to their promise

Financial advice for SMSF trustees not working as intended

Is there more upside for Australian shares in 2020?

Mortgage versus super a common dilemma

Morrison’s concept of integrity is under threat

Why $2 convinced me Bali was over

My 4 carry-on rules saved me hundreds

Kyrgios '100 per cent' wants to be on Olympic team

The social media pile-on taps into ancient instinct for scapegoating

All Queensland doctors on lookout for potential coronavirus carriers

Kyrgios wins first round to advance

If Albanese was transparent on policies ‘Labor would have 10 seats’: Latham

There was no trophy for 1979 women’s champion