NSW Premier Dominic Perrottet and his Victorian counterpart Daniel Andrews will seize on the change in federal government to reshape the way healthcare is delivered and end a long-running state and federal divide.

The reform agenda to be proposed by Perrottet and Andrews could include ensuring GPs (managed by the Commonwealth) and hospitals (the responsibility of the states) work much more closely together. 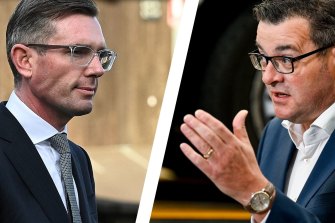 “No one can say that the health system in this country is working well alongside the federal and state areas of responsibility. In fact, they work against each other,” Perrottet told the Herald.

“There’s not one state that doesn’t have a public health system that isn’t under pressure, and we all know that the GP network across the country and primary care is not where it needs to be.”

The NSW healthcare system is under increasing strain, with emergency departments overflowing and paramedics dealing with unprecedented demand.

Triple-zero calls have skyrocketed over recent months, prompting NSW Ambulance to consider dropping non-urgent cases to GPs and chemists, while doctors treat patients in corridors at some hospitals. 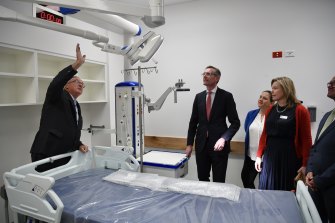 The premier has written to Prime Minister Anthony Albanese before the federal leader’s first meeting of the new national cabinet, the Council for the Australian Federation, to stress the need for change. The meeting will be the first time state and territory leaders meet Albanese and it will be Labor-dominated, with only two Liberal leaders – Perrottet in NSW and Tasmania’s Jeremy Rockliff.

“But it is difficult to even have the conversation when the responsibility for funding and running these services is split in two,” he said.

Perrottet said the power of the two biggest states would ensure overdue reform could be achieved.

Perrottet said the pandemic also provided Albanese with the perfect platform for change.

“After any crisis, good leaders would come in and drive reform for the future and that’s Anthony Albanese’s great opportunity,” Perrottet said.

“I will always have a view from NSW, and he will have a view from the national interest, but we can’t just stubbornly say ‘no’ to each other. We need to actually be working together and pursuing the outcome.”

He has previously said state and federal health systems run in parallel but are often at “cross purposes” or at times “completely disconnected”.

He said there was “unanimous” agreement between all state and territory leaders that healthcare needed to be overhauled.

“When you’ve got every single state first minister agreeing and working very closely with the Commonwealth the challenge of the politics is not as substantial as it may otherwise be.”

The states have previously pushed for increased hospital funding and higher Medicare rebates to increase access to bulk-billing GPs, saying too many patients end up in hospital unnecessarily. The Australian Medical Association and Royal Australian College of General Practitioners have for years argued Medicare rebates for GPs are too low and made the specialisation unappealing to medical graduates.

Andrews’ office was contacted for comment. He has previously said GPs needed to be part of a solution to Victoria’s hospital crisis and vowed to lobby Albanese with as much determination as he would a Liberal prime minister.

The number of GPs has fallen nationally to its lowest in more than five years, with a 30 per cent drop since 2017.

Perrottet has also signalled he would be keen to work on other significant reforms with the new Albanese government, including childcare and tax.

Perrottet and Andrews collaborated in early 2022 to develop a response to the economic downturn brought on by the Omicron wave and lobbied the federal government for more financial support.