Clive Palmer has denied recusing the judge in his Brisbane Supreme Court battle against liquidators was a failed attempt to delay his trial.

Lawyers for the former federal MP have convinced Justice John Bond to recuse himself after arguing he could be biased against Mr Palmer for freezing his assets in May. 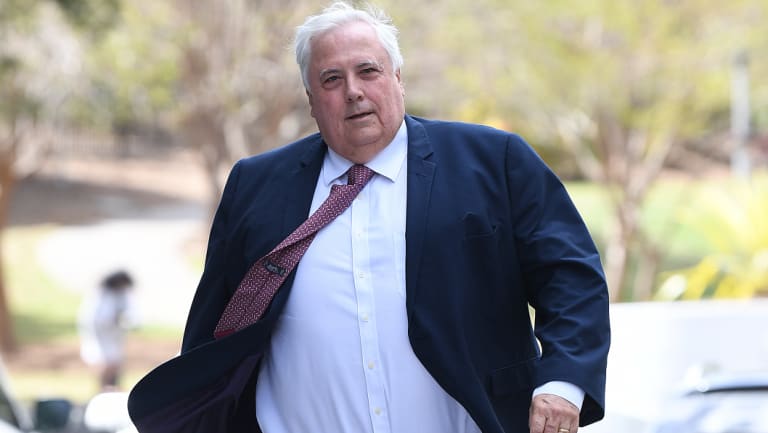 Clive Palmer arrives at the Supreme Court in Brisbane on Monday.

Justice Bond noted that when making the order to freeze the assets, it could be perceived he believed Mr Palmer's sworn evidence was untrue, and that could legally call into question his impartiality in the rest of the case.

But he rejected any suggestion that he was actually biased against Mr Palmer.

The matter will now be overseen by Justice David Jackson when it goes to trial in April next year.

Liquidators for Mr Palmer's collapsed Queensland Nickel refinery will try to claw back hundreds of millions of dollars owed to creditors.

"I'm not delaying anything," Mr Palmer told reporters on Monday.

"I've got three thousand million dollars of assets. What's it matter to me whether it's on now or next week?"

The Townsville refinery's closure in 2016 left about 800 workers without jobs.

Liquidators of Mr Palmer's Queensland Nickel said the decision won't distract from their efforts to resolve the matter as soon as possible.

"Extensive investigations into the affairs of Queensland Nickel have shown that a number of parties, including Mr Palmer, may be liable for damages and other breaches of the Corporations Act," a statement from the office of SLP Stephen Parbery read.

"As such, the special purpose liquidator remains firmly committed to having the matter resolved in the Supreme Court of Queensland as quickly and efficiently as possible."

Justice Bond ordered to freeze more than $200 million of the mining magnate's own assets, including his Cessna plane, vintage cars and several properties.

More than $343 million worth of assets relating to his many business ventures were also frozen.

Mr Palmer says his lawyers will argue Justice Bond had apprehended bias against him in freezing his assets when he appeals the decision this week.

Mr Palmer will be "on holiday" for the two-day hearing from Thursday.

Simeone on Griezmann's playing time: at Atletico, 3 minutes is very important. We lost the Champions League final like that
Griezmann looks like a parody of himself. Ex-coach of Sociedad about Antoine in Barca
Hakimi spent the super season in Dortmund, belonged to Real Madrid, and ended up at Inter
Undress and have dinner with us. Karembeu about how the players of Real Madrid joked Casillas
Hakimi moved from Real Madrid to Inter
Icardi on leaving Inter: PSG-a step forward. I want to win trophies
Giress about the Best-2019 award: Mane should have been ahead of Messi
Source https://www.theage.com.au/business/companies/queensland-judge-recuses-himself-from-palmer-trial-20180917-p5049g.html?ref=rss&utm_medium=rss&utm_source=rss_feed