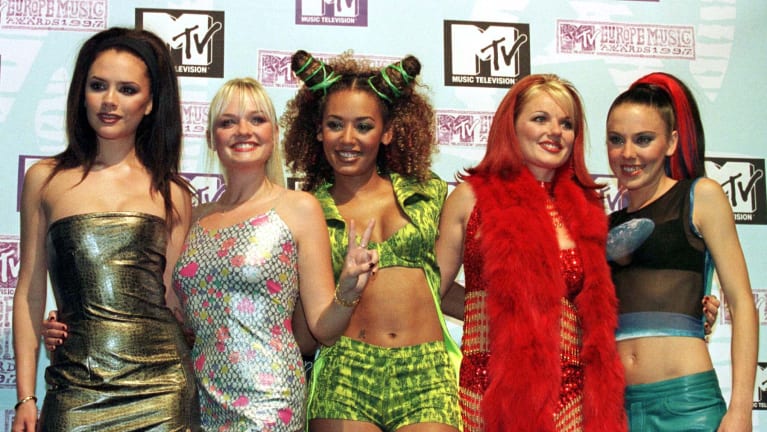 The Spice Girls' debut album, released in 1996, went on to sell more than 20 million copies.

Ray Cooper, who has died of a neurological condition aged 69, was a pop music executive who guided the careers of dozens of high-profile musicians.

In a career in the industry lasting nearly 50 years, Cooper worked with artists of the stature of the Rolling Stones, U2, Bob Marley and George Michael. Sales and marketing, rather than talent-spotting, was his forte, but when a group of young women arrived at the Virgin offices in the summer of 1995, he knew he was on to a winner.

“The Spice Girls came upon us like a bomb,” recalled Cooper, then joint managing director of Virgin UK, who signed the group without hesitation. “They just blew us away.”

An industry survey in 1997 concluded that Virgin was the most successful label in signing and developing new talent. That year, as well as the Spice Girls – who scored a US No.1 with their debut album – it had promoted such acts as Daft Punk, Placebo, Chemical Brothers and Shaggy, and Cooper was named joint president of Virgin Records America alongside Ashley Newton.

Raymond Cooper was born in Sheffield on December 16, 1948, one of twins, with his sister Pam. Their father, Jack, was a bookkeeper, while their mother, Gladys, taught ballroom dancing.

He left High Storrs Grammar School at 16 and began working as a commercial trainee at an engineering firm. But having built an encyclopaedic knowledge of pop music through perusing the New Musical Express, he left his job at the age of 20 and headed to London, his heart set on exploring the city’s music scene.

He secured a job in the warehouse of Nat Joseph’s Transatlantic Records, one of the country’s first independent labels, and when they needed someone with a clean driving licence to deliver records, he took the job before, in 1972, moving seamlessly into the role of sales rep, tasked with promoting acts outside the pop mainstream such as the folk guitar virtuoso Bert Jansch, jazz maestro Sonny Rollins and Brian Eno’s avant garde proteges, the Portsmouth Symphonia. He rose to sales manager before moving on and in 2005 would send a note of thanks to Joseph. “I was a pot-smoking, wild-eyed, lazy, dole-addicted, relatively useless member of some hippie society,” he wrote, “until you decided to send me out in a mini-van to sell your madcap music ideas to the world of unsuspecting UK record retailers.”

After a stint at Anchor Records and then Don Arden’s Jet Records (where he worked with Electric Light Orchestra), in 1980 Cooper moved to Island Records as marketing director, the acts he promoted there included Bob Marley, U2 and Frankie Goes to Hollywood.

At Island he met the A&R director Ashley Newton, and in 1988 the pair formed their own UK imprint, Circa Records, signing, among other acts, Neneh Cherry and Massive Attack.

Circa was eventually incorporated into Virgin Records, and in 1992 the pair became joint managing directors of Virgin UK, where as well as the Spice Girls, the acts they promoted included the Verve and the Chemical Brothers. In 1997 the pair were appointed co-presidents of Virgin America; Cooper stayed for five years, leaving in 2002 to work with the environmental organisation Future Forests.

In 2004 he founded Zama, a management consultancy based in Venice Beach, California, and also set up a firm, D(icon)struct, pairing musicians with the Milan fashion world in order to develop clothing lines.

Cooper was a voracious reader, an art-lover and film buff noted for his warmth, generosity and humour. He is survived by his partner Philippa Hubsch and her son, by a son and daughter, and by a stepdaughter.