In a perfect world, “outing” same-sex celebrity relationships should be a redundant concept in 2022. Love is love, right? 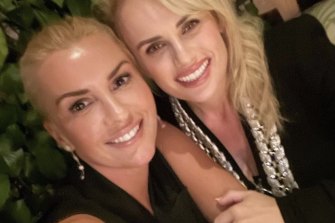 As Rebel Wilson knows, we do not live in a perfect world.

So, it was an abundance of caution and respect that this media outlet emailed Rebel Wilson’s representatives on Thursday morning, giving her two days to comment on her new relationship with another woman, LA leisure wear designer Ramona Agruma, before publishing a single word. 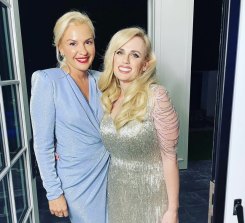 Agruma and Wilson heading out to this year’s Academy Awards Vanity Fair party.Credit:Instagram

She even had her “bestie”, the actor Hugh Sheridan, doing radio interviews on breakfast FM on Friday morning, during which he gloated about introducing the women to each other six months ago. Apparently they had hit it off pretty much immediately, but had kept the relationship under wraps.

Considering how bitterly Wilson had complained about poor journalism standards when she successfully sued Woman’s Day for defamation, her choice to ignore our discreet, genuine and honest queries was, in our view, underwhelming.

Of course who anyone dates is their business, but Wilson happily fed such prurient interest when she had a hunky boyfriend on her arm.

This is understood to be Wilson’s first same-sex relationship, at age 42 and in an era when same-sex marriage is legal in many parts of the world and – thanks to decades of battling for equality – sexual orientation is no longer something to be hidden, even in Hollywood.

Up to now, Wilson had identified publicly as a heterosexual woman. It is unlikely she would have experienced the sort of discrimination let alone homophobia – subconscious or overt – that sadly still affects so many gay, lesbian and non-hetero people.

She and Agruma have grown very close in a short time. Wilson’s mother Sue Bownds, who lives in Sydney, recently flew to LA to meet Agruma, while the couple have openly discussed having a family and getting married. 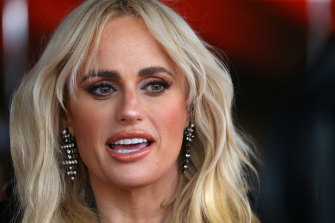