Red Bull's Daniel Ricciardo will have a grid penalty for Sunday's Canadian Grand Prix after winning in Monaco with a damaged power unit, technical head Adrian Newey said on Monday.

The designer told Reuters at a Motorsport Hall of Fame awards event that a penalty of some sort was inevitable for the Australian, who is third in the championship behind Mercedes' Lewis Hamilton and Ferrari's Sebastian Vettel. 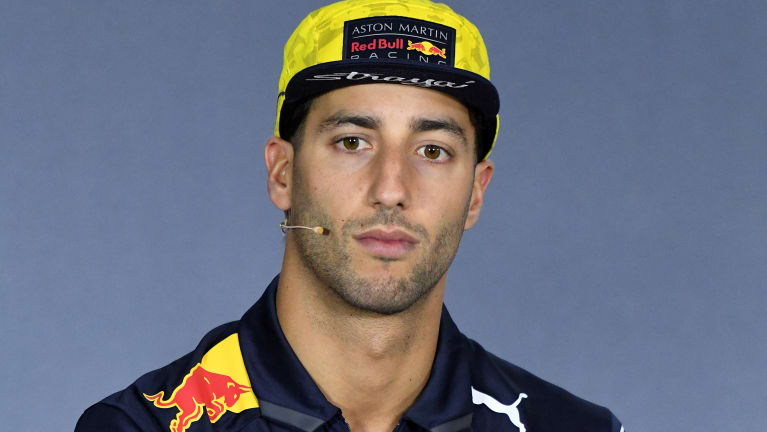 The top three have all won two races this season, but Ricciardo is 38 points off Hamilton's lead due to reliability issues and a collision with teammate Max Verstappen in Azerbaijan.

"He will definitely be taking some penalties in Montreal, we haven't heard at the moment just how many," Newey said.

"One of the things there is whether the battery was damaged or not in Monaco, so until we know that from Renault we don't know exactly what we're facing.

"The K is definitely a penalty," added Newey, referring to the MGU-K, the motor generator unit that recovers the energy generated while braking.

The MGU-K on Ricciardo's car stopped working completely during the Monaco race, which he won from pole position, and he raced without it for some 50 laps on the tight and twisty street circuit.

Some media reports after Monaco suggested engine providers Renault had discovered the MGU-K was salvageable, and that Ricciardo would escape a penalty, but Newey laughed at that suggestion.

"I rather doubt it, considering it caught fire and was a burnt out, charred wreck," he said. "I would be somewhat surprised at that one."

Drivers are allowed three power units per season but only two MGU-Ks, two energy stores and two control units without incurring a 10-place penalty for the subsequent race.

Ricciardo, who was third in Montreal last year behind the Mercedes pair of Hamilton and Valtteri Bottas, was already on his second MGU-K after a failure in Bahrain.

Renault, whose engines are branded Tag Heuer in the Red Bull, are bringing an upgrade to Canada but Newey said it would not be a massive step up.

"It's about one percent (more power), which is a tenth of a second so it's worth having but it's not a make or break," he said.

Bayern claims 19-year-old left back Bara from Lyon
Jovich's friend has a coronavirus. The Real Madrid forward was isolated at home
Hazard has an ankle problem and may miss the game with Alaves
Agent Fedele: Manchester City are very close to buying Coulibaly
West ham Moyes can sign Lingard and Jones from Manchester United, if not relegated from the Premier League
Ennio Morricone's heart belonged to music and rum. The composer was asked to write the club's anthem, and Totti went to his hit
Leipzig have signed forward Hwang Hee-Chan from Salzburg. He took the number 11 that Werner played under
Source https://www.canberratimes.com.au/sport/motorsport/ricciardo-given-grid-penalty-for-canadian-grand-prix-20180605-p4zjgq.html?utm_medium=rss&utm_source=rss_feed

National cabinet to decide on hotel quarantine, cuts to flights

'Just get tested': Fears lung cancer is flying under radar amid COVID-19

Australia should switch course and try to eliminate COVID-19

Your Daily Horoscope for Thursday, July 9

From the Archives, 1971: Smiles for Aboriginal protest walkers

Uncaring few create pain and misery for many

The simple ritual of putting on shoes during turbulent times

After tribunal rejection, ACTU doubles down on paid pandemic leave for all

Sing a song of waterside luxury

How to win travel package worth thousands

Own a slice of Sydney maritime history

End of legal dog-fight looms over the Horizon

CBD Melbourne: Kearney and Coker jump to the Left

Why are masks not yet mandatory in Australia?

Don't pussyfoot around, the messages need to be stark

’Can’t do that’: Clumsy cricket handshake

We won a postcode lottery that we'd never wanted to enter

Businesses have backs to the wall as steel trap locks city

Cousin charged after 10yo found mutilated

‘Sympathy and accountability must start’ amid COVID-19 lockdowns

Grassing to the cops about grass

We must not let ‘foreign money cherry pick the best of Australia’: Alan Jones

Prominent artists and writers warn of an ‘intolerant climate’

Biden should not debate Trump unless ...

'Dish it up': Justin Langer's advice for Sydney-bound Force

Almost every year more Victorians ‘die from the flu than COVID-19’: Bolt

It's been brutal for Australian funds managers who eschewed Afterpay

AFL teams and expert tips for round six

Risky business of salt and pepper shakers: Premier calls on hospitality to step up COVID practices

Two Big, too strong? Kosciuszko hopeful on show at Grafton

Buckley on McGuire and Collingwood's separation of powers

Police discover more than $4 million in car during M1 intercept

What alternative do we have in this crisis?