Safe injecting trials should not be confined to the inner city

For many of us, the announcement of a second safe injecting centre in Melbourne came more as a relief than a surprise. The North Richmond centre has become one of the busiest in the world, providing services for 4350 people who visited the centre 119,000 times. 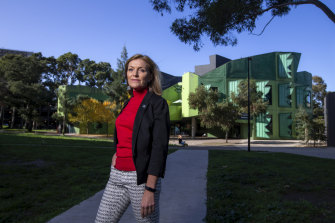 This makes it twice as busy as the NSW injecting centre in Kings Cross.

The North Richmond centre has been riding a wave of increased heroin use. Overdoses have been increasing in Melbourne, but also around the world. The EMCDDA Drug Market Report 2019 reported that international opium production was at an all-time high.

In Victoria, heroin deaths have increased 225 per cent since 2012. Overdose deaths have outnumbered the road toll in Australia for a number of years.

While the centre has been controversial, much of that, it could be argued, has been media driven. The centre has changed lives and it will continue to do so.

The number of people finding a pathway to therapy continues to grow. Conservatively, in the 18 months the centre has been open, 21 lives have been saved. I know many people do not consider these lives all that worthy, but their families still hold out hope that as long as they are alive, they will come off drugs and may come back to them at some stage.

These people form a very particular group within society. Most had overdosed many times before the centre opened; most have been diagnosed with a mental illness; most are experiencing homelessness; and nearly all have experienced childhood trauma and violence. Some 13 per cent are Indigenous.

This is an acute health service for very unwell members of our community – let’s not forget that. A new centre in Melbourne would also treat this group of people – men and women we walk past daily in the CBD.

While I was not surprised that the review recommended a new centre be opened, I was a little surprised that they didn’t recommend more. Twenty years ago, then Labor premier Steve Bracks initiated an expert report that recommended a trial of injecting facilities. The report found the best way to do this was to open five of them, which made a lot of sense. The ambulance statistics bore that out then and they still do now. Sadly, politics has got in the way.

Alas, the Reason Party is not in government and I don’t hold the purse strings. But if it were up to me, I would be looking at conducting a safe injecting trial in such areas as St Kilda, Greater Dandenong, Brimbank and Geelong. If we are relying on statistics and looking at this problem in its entirety, we can’t pretend that it’s just an “inner city thing”. It’s not.

However, I’m not cracking open the champagne for Premier Daniel Andrews and Mental Health Minister Martin Foley. Good on them for doubling down on an issue that has certainly had its fair share of controversy, but I don’t think any of us deserve praise for listening to evidence, consulting experts and acting accordingly. It’s solid public health policy. It’s exactly what politicians should be doing.

I know that an election year is never a good time to discuss controversial issues and, sadly, harm reduction is still considered controversial in Victoria. In cities such as Vancouver, the community deems injecting rooms as crucial to the wellbeing of their city, and to its amenity and reputation as a compassionate and clever city. In fact, Vancouver (a city one-quarter the size of Melbourne) has six official injecting centres.

Melbourne City Council has been a leader in dealing with homelessness and has been impressive in acting so quickly during the COVID-19 crisis to assist our most vulnerable community members. I believe lord mayor Sally Capp understands that there is no one solution to these problems.

Melbourne need not be afraid of the injecting centre, but should see it as an opportunity to help get drug-affected people off the streets and into meaningful and productive lives.

The review of the Richmond facility reported, somewhat cryptically, that a second centre might be run differently. Reading between the lines, I suspect that means a greater focus on amenity and community engagement.

I have a wish list for the new centre based on what we have learnt in North Richmond, but also what we are learning from overseas.

I want to see hydromorphone as another opioid replacement therapy provided to those who are not responsive to other treatments such as methadone. This substance, when administered at a centre, can break the nexus between drug use and crime.

I want to see more rehab beds and I want to them attached to the centre, along with a strong outpatient rehab centre with greater connections to homelessness and mental health services.

And recognition that while the clients of the centre are the most acute, there are thousands of Victorians at risk of overdose and we could do more for them.

Fiona Patten is the leader of the Reason Party.

Paul Pogba: Winning the Europa League and the FA Cup are two of Manchester United's goals for this season
Manchester United's first ever Premier League win 4 consecutive games with a difference at least 3 goals
Brunu has scored 7 (4+3) points in his last 3 games for Manchester United
UEFA postponed the introduction of var in the group stage of the Europa League until the 2021/22 season
Mourinho on the match with Bournemouth: Everyone knows that there was a penalty in favor of Tottenham. Everything
Pogba scored for Manchester United for the first time in the season
Schmeichel on Manchester United's penalty against Aston Villa: there was no Foul. VAR remains a laughing stock
Source https://www.smh.com.au/national/victoria/safe-injecting-trials-should-not-be-confined-to-the-inner-city-20200618-p553w1.html?ref=rss&utm_medium=rss&utm_source=rss_national