Sonny Bill Williams will end up pocketing $1 million a game for his brief stint in Toronto if the embattled club returns to the Super League next year.

Williams joined the Wolfpack this year on a mammoth $10 million, two-year deal. However, the Canadian side withdrew from the competition midway through its first season in the top tier, citing the financial impact of the coronavirus pandemic.

Williams is one of the players who remains out of pocket, having been paid only a fraction of the money he is owed. However, he could yet recoup his 2020 contract entitlements in full after the club’s prospective new owners came to an agreement with the union that represents rugby league players and staff in the UK, GMB. All players will receive their entitlements for this year if the Wolfpack are accepted back into the Super League in 2021.

Should that eventuate, Williams is expected to be paid the full $5 million he is owed for the season. Given he only played five games for the club, that would equate to about $1 million for each appearance.

Those payments dwarf the pro-rata $400,000 annual salary that he accepted to be part of the Roosters’ bid for a third straight premiership. The cross-code star returned to the NRL for the challenge of proving he can still play at the highest level at the age of 35, rather than financial considerations.

However, he will still receive a huge payday if he receives the outstanding payments owed to him by Toronto. 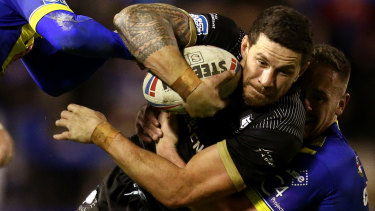 Sonny Bill Williams only played five games with Toronto this year, but they were sure worth it.Credit:Getty

"A primary commitment from the prospective new ownership group has been from day one to ensure that all player payroll liabilities are met in full and we are very grateful that the Wolf Grooming group have stepped up on this issue when those liabilities are legally the responsibility of the current owner, David Argyle," Toronto chairman Bob Hunter said in a statement.

"We would like to thank GMB representatives for their positive approach during these negotiations, in what has been a very challenging period for the club and in particular our players.

"We just hope now that we are able to finish the job and our application for a return to Super League is successful so that the players and their families can receive these much-needed funds." 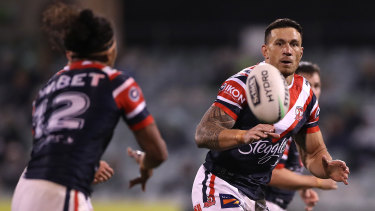 SBW during his return to the NRL in Canberra two weeks ago.Credit:Getty

The club said the agreement to honour player payroll commitments would cost the new owners in excess of £1 million ($1.77 million).

Several players have taken to social media to voice their frustration at being left in the lurch when the club withdrew from the competition. Australian forward Darcy Lussick tweeted last month: "Technically stranded in UK. No visa so I can’t work, no help getting home to Australia as promised. About to be evicted from my house. A lot of people have it a lot worse than me but this situation has gone too far now."

One of the club’s other marquee men, Ricky Leutele, was able to negotiate a short-term deal with the Storm.

"Our main concern is for the players and their families and this agreement makes good the position financially with all players moving forward," said GMB’s senior organiser, Peter Davies.

"Discussions with the club and the new ownership group have been positive, and we are grateful that the repayment of the 2020 wage bill is a major priority for the incoming group if their reapplication into Super League is successful.

"We have a good relationship with the Super League Clubs, which has strengthened throughout the unprecedented challenges in 2020. I have every faith that the right decision will be made on this issue for the benefit of our members and for the good of the game in moving forward."

Sandro Tonali: Milan on the crest of a wave. The Rossoneri shirt is pressing, but I'm getting in shape
Kadyrov's adviser hit the judge in the groin, and his son was dismissed from Akhmat and banned for three years. At first they all denied
AEK Carrera lost both matches in the Europa League with a total score of 1:5
Stefano Pioli: Milan have not achieved anything yet. The season is long, we will face difficulties
Mourinho 0:1 with Antwerp: the Best team won and the worst team lost
Bale did not make a performance in his first three games for Tottenham. He hasn't scored since January
Father Courtois: Keylor Navas was not a good teammate. When he left for PSG, everything became easier
Source https://www.theage.com.au/sport/nrl/sbw-set-to-pocket-1-million-a-game-for-wolfpack-stint-after-union-deal-20200919-p55x8g.html?ref=rss&utm_medium=rss&utm_source=rss_feed