Hospital scans have revealed Liverpool goalkeeper Loris Karius sustained a concussion during the Champions League final defeat to Real Madrid in which he made two crucial errors.

Massachusetts General Hospital has confirmed the German underwent assessment by both Dr Ross Zafonte and Dr Lenore Herget at MGH and Spaulding Rehabilitation Hospital on May 31, five days after the 3-1 loss in Kiev. 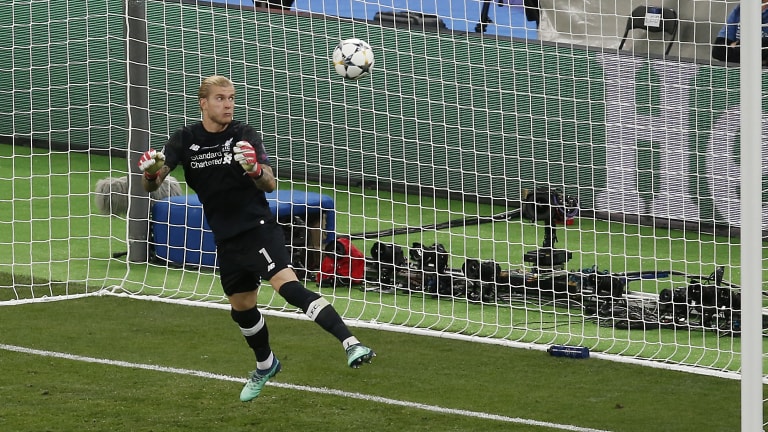 Press Association Sport understands Karius is on holiday in the United States but Liverpool's medical staff wanted him to be checked out and a subsequent examination found evidence of concussion, which doctors say could have affected his performance.

The goalkeeper was caught in the head by Sergio Ramos at a corner before Madrid's opening goal, which was the first to be blamed on Karius.

"With Mr Karius's permission we are providing information about his medical situation in an effort to prevent, where possible, the dissemination of incomplete or erroneous information," said a statement from MGH.

"On May 31, 2018 Mr Karius underwent a comprehensive examination by Dr Ross Zafonte and Dr Lenore Herget.

"After carefully reviewing game film and integrating a detailed history - including his reported present and immediate post-contact subjective symptoms - physical examination and objective metrics, we have concluded that Mr Karius sustained a concussion during the match (on) May 26, 2018.

"Additional symptomatic and objectively noted areas of dysfunction also persisted. It could be possible that such deficits would affect performance."

Both doctors have noted Karius' condition has, as expected, been improving since the incident and they expect him to make a full recovery.

"Mr Karius has reported significant and steady improvement since the concussive event, and we expect him to make a full recovery based on the results of the examination," the statement added.

"We expect that with treatment and by following prescribed activity protocols he will continue to improve.

"We have encouraged vigilance and an emphasis on safety in his eventual return to full activity.

"This is the only comment we will be making in relation to this matter."

Karius was widely blamed for Liverpool's final defeat after his two errors, and Merseyside Police later released a statement saying its officers were aware of "threats" made against him on social media.

The 24-year-old gifted Real the lead when he attempted to launch a quick attack, only for Karim Benzema to thrust a leg out and divert the ball into an empty net.

Karius then allowed a long-range effort from Gareth Bale to evade his grasp in the closing stages.

Ocampos on Messi: you Look at him as a God, but he is real. Leo helps the players
Solskjaer on the martial-Rashford-Greenwood trio: Nothing new for Manchester United. Remember Ronaldo, Rooney and Tevez?
Josep Bartomeu: Barcelona have won La Liga 8 times in 11 years. Historic achievement
Lineker on the CAS decision on Manchester City: it's Hard to know what will happen to the FFP rules after this
Holand's busy holidays: first I sawed trees with my father, then I had a fight with a security guard at a night club
Tebas on Manchester City's participation in European competitions: CAS does not meet the arbitration standards
Bartomeu about VAR in La Liga: a number of decisions were made in favour of one of our rivals
Source https://www.theage.com.au/sport/soccer/scans-show-karius-was-concussed-in-final-20180605-p4zjgt.html?utm_medium=rss&utm_source=rss_feed

Remembering the genius of Elizabeth Harrower

'We are not immune': Empathy call as cases rise in regional Victoria

'Wrongly accused': The bitter dispute that looms as first case before sports court

Race-by-race guide and tips for Ballina on Tuesday

Suburbs where holding on pays big

Real Footy podcast: 'I think they're in no man's land'

Companies warned to brace for toughest reporting season in decades

Wanderers slight Sydney FC by giving Phoenix use of training base

'It's been tough': Houli reveals his mother is in ICU with coronavirus

Wagga, Ballina tips: Wet your lips for this one

SYDNEY AT ITS KNEES: How virus is spreading all over NSW capital