Fighting cybercrime is a crucial area for national security policy, but the challenge will be balancing the risks against the costs of protecting our networks. The risks detailed in a new federal cyber security strategy released on Thursday range from malignant attacks by foreign powers on infrastructure, such as power stations and airports, to data theft and ransomware, which inserts destructive viruses on networks.

Terrorists and organised crime groups, such as paedophile rings, can also use encrypted software or the ‘‘dark web’’ to operate worldwide without detection. 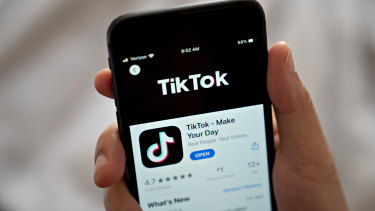 The federal government’s strategy has committed $1.6 billion over the next four years, about 10 times more than previously, to help businesses, individuals and government departments fight these threats. That will pay for more cyber security experts, public awareness campaigns, better software design and the like.

Yet, on the other side of the ledger, the global software industry and privacy advocates are concerned that in the name of protecting Australia, the government could overstep.

Big Tech has complained about a 2018 law that gives federal investigators the power to hack into encrypted messages on networks run by official service providers. They argue that if federal investigators are allowed to hack in, then bad guys could exploit the same holes in the system. Journalists fear that the law will compromise confidential communications with their sources.

The new strategy could annoy both groups even more because it promises to give officials the legal power to peer into dark-web technologies, which fall outside the current laws. The Age in general accepts the need for new powers to deal with cyber crime, but they must be subject to rigid external scrutiny, just like any police search warrant.

While the federal government is stressing the importance of cyber security, it has surprised some by a separate decision announced by Prime Minister Scott Morrison earlier this week not to ban TikTok, a Chinese-owned social media app which has become hugely popular around the world.

It appears to contrast with the tough stance Australia took in its world-leading decision to ban the use of equipment made by Chinese company Huawei in our national 5G communications network.

The decision could also lead to conflict with the US, where President Donald Trump says he will ban TikTok and other Chinese social media apps.

Yet it is welcome that Australia is making its own decisions based on its own intelligence, not blindly following the anti-China hysteria emanating from the US presidential election campaign.

The risks posed by TikTok and Huawei are very different.

Using Huawei hardware in our 5G network could have given Chinese spies access to some of our most critical infrastructure, such as the “internet of things” where machines are operated by networked artificial intelligence. In theory, it could allow hackers to short out power stations or shut down the air traffic network.

TikTok, on the other hand, is about teenagers sharing goofy 15-second videos. Certainly they risk being snooped on and, theoretically, China could try to moderate the content on the app for political purposes. But these are threats that sensible people can manage, as they do with other social media. They can choose not to share personal information and balance TikTok with information from other sources.

Mr Morrison’s decision was based on advice from Australian security agencies that TikTok did not present a serious national security risk – the same security agencies that recommended barring Huawei from next-generation networks. The decisions show Australia’s intelligence assessments and policy responses working as they should – unlike in the US, where the intelligence community has been politicised under Mr Trump.

The Age's acting editor Michelle Griffin writes a weekly newsletter exclusively for subscribers. To have it delivered to your inbox, please sign up here.

Barcelona's Interest in Isak Increased after Koeman's appointment. Larsson has a high opinion of the player (Mundo Seportivo)
Manuel Pellegrini: When you play against Real Madrid and var, it's too much
PSV and Porto are Interested in Barcelona midfielder PUC. He doesn't want to leave the club
Puyol about Barcelona: If we want to win the championship, we need to perform very well
Schalke sacked Wagner. The team has not won the Bundesliga since January
Iacini on 3:4 with Inter: Even a draw would be an unfair result, given how many chances Fiorentina created
Ramos Pro 3:2 with Betis: the Referee tried his best and didn't do anything intentionally
Source https://www.theage.com.au/technology/security-agencies-made-the-right-call-in-not-banning-tiktok-20200806-p55jbp.html?ref=rss&utm_medium=rss&utm_source=rss_feed