The LNP has pledged a congestion-busting, safety solution to the deadly Mooloolah River Interchange would be shovel ready by their first budget, if successful at the October election.

The interchange – where the Sunshine Motorway, Nicklin Way and Brisbane Rd meet – was one of six Queensland priorities.

She said it was a critical tool” in recovery from a series of rolling crises including drought, flood, the bushfires and now COVID-19.

Infrastructure Australia’s chief of infrastructure prioritisation Robin Jackson told the Daily they were “happy to call attention on this issue” and welcomed the business case submission “in due course”.

According to Infrastructure Australia, demand exceeds capacity on the interchange and surrounding road networks during peak periods.

Between 2014 and 2018, 89 incidents were recorded at the intersection and access roads, including one fatality and 33 hospitalisations.

Congestion is exacerbated by the configuration of the interchange, which causes some drivers to weave across multiple lanes or take less direct routes to reach their destination.

The priority status is expected to help encourage investment to solve the capacity and safety issues associated with the major road link, Mr Jackson said.

“We’ve looked at the underlying problem that is anticipated to occur there, and it’s primarily congestion from rapid population growth, so delays, congestion, people not being able to get home from work or travel to the places they need to get to.”

Building Queensland is leading the $7.5 million business case, which was expected to be delivered in the first half of 2020.

Plans revealed: 333 jobs up for grabs in major rail upgrade

Transport Minister Mark Bailey said it was now expected to be complete by the end of 2020.

Mr Bailey told the Daily the State Government had continued to buy properties around Mountain Creek in preparation to delver the upgrade link. 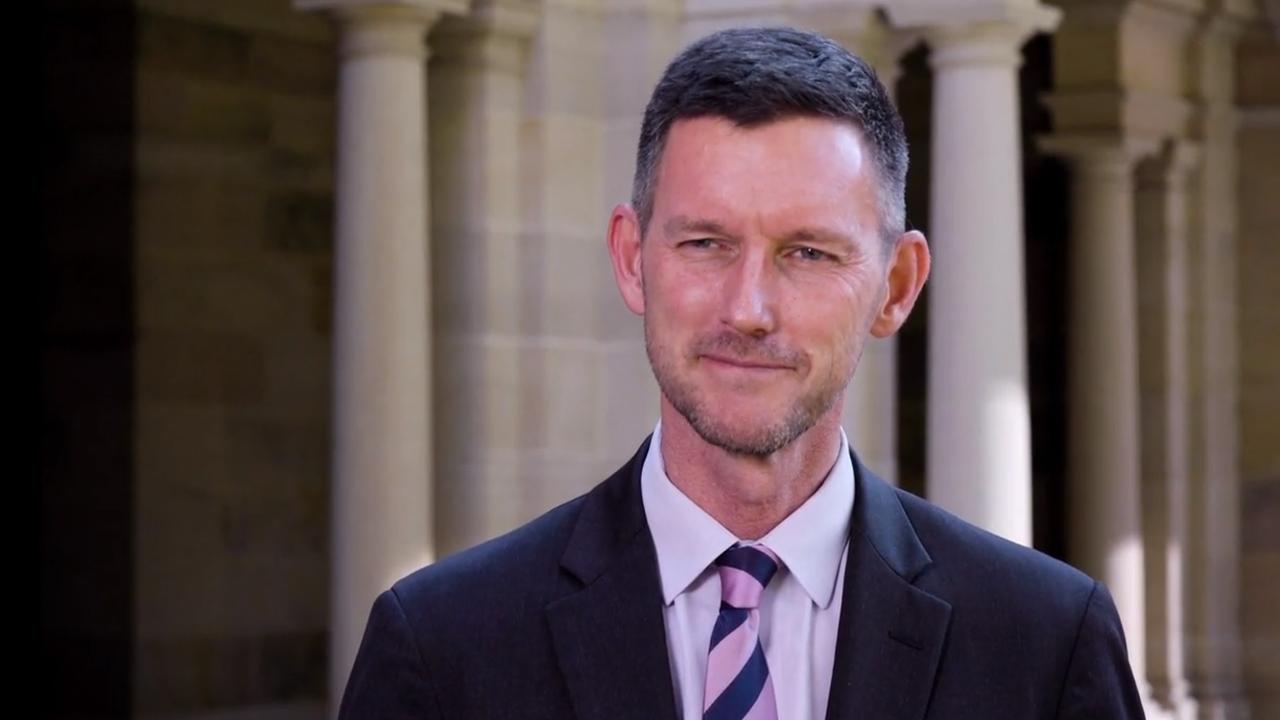 The Sunshine Motorway, Brisbane Rd and Nicklin Way intersect at the Mooloolah River Interchange which connects major employment, residential and commercial precincts on the Sunshine Coast.

A solution could include upgraded access roads, entry and exit ramps and the configuration of the interchange, according to Infrastructure Australia.

It could also include new road links or changes to local roads and public transport network if there is sufficient demand.

In a statement to the Daily, a spokesman for Opposition Leader Deb Frecklington said the party vowed to fast-track the business case and detailed design to have the project shovel-ready for its first budget, if the LNP is elected at the October election.

In response to the updated list, the LNP again accused the Palaszczuk Government of dragging its feet.

“The slow business case was a delay tactic by the Labor Government,” a spokesman said.

“Sunshine Coast residents know that we have major congestion on our road network.

“We need to bust congestion on Nicklin Way.

“The Mooloolah River Interchange will assist to ease congestion both on Nicklin Way and Kawana Way.

“While Labor has cancelled the state budget this year, the LNP will release a full budget in the first 100 days of government, if elected in October.

“The LNP will fast track the business case and detailed design so the project is shovel ready for the LNP’s first budget.” 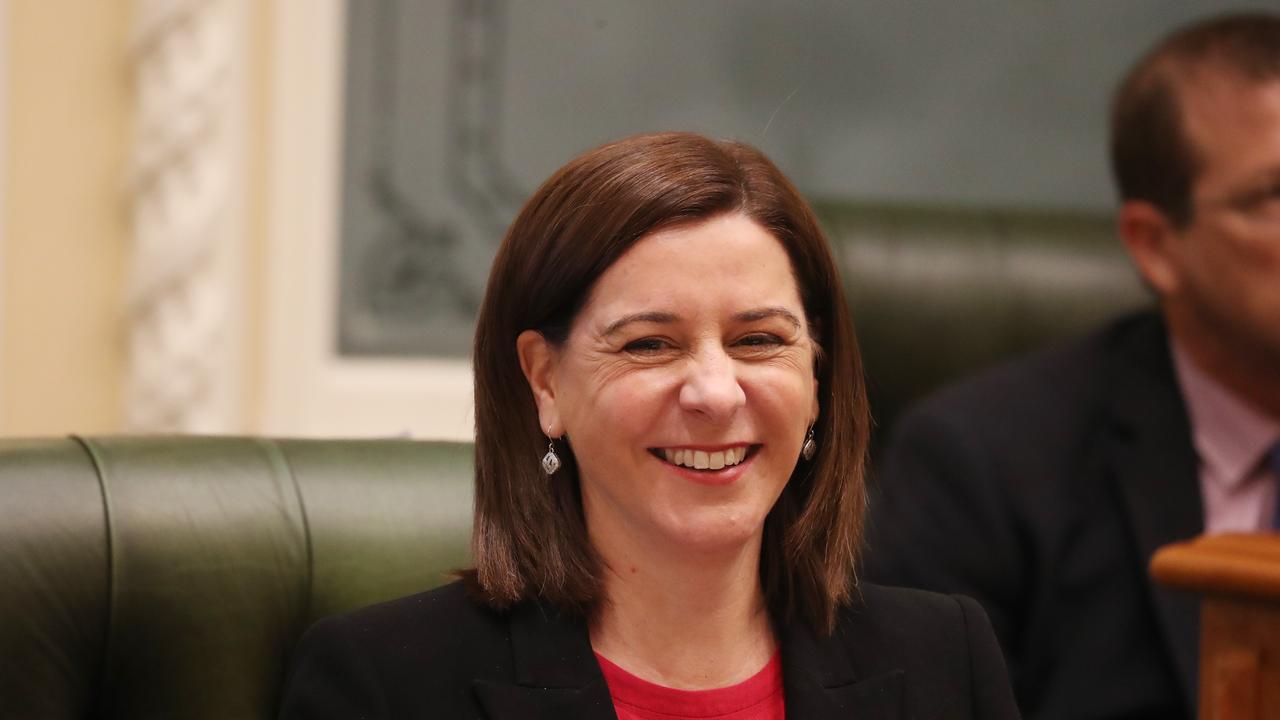 Minister Bailey accused the LNP of being hypocritical given it “failed to act” on the project when they were in power.

“Instead they cut more than $600 million in road and transport funding, including 700 road building jobs,” Mr Bailey said.

“Thanks to the advocacy of the Palaszczuk Labor Government, a record commitment of more than $3 billion in joint funding has been locked in for Sunshine Coast roads and transport projects that are under way now or about to start soon, including four major Bruce Highway upgrades between Brisbane and Gympie and the $550 million Sunshine Coast Rail Duplication.

“This is the biggest year for road construction jobs in the history of the Sunshine Coast.

In the past 18 months, we also completed more than $22 million in upgrades to improve access to the hospital around Kawana Way and Nicklin Way.

“Like any other major road project, funding decisions will be made following completion of the detailed business case.”

“Initiatives” are proposals that Infrastructure Australia has determined have the potential to address a nationally significant problem or opportunity.

Infrastructure Australia includes them on the Priority List to indicate that further development and rigorous assessment of these proposals is a national priority.

Tiago arrived at the Liverpool base to complete the transfer
Higuain became an Inter Miami player
We read Pirlo's diploma and now we know exactly how Juventus will play
Bale and Regilon have arrived in London for a move to Tottenham
Klopp about the transfer of Thiago: it looks promising. Perhaps it will be useful for fans to follow our media
Bartomeu is getting closer to retirement: Socios bars collected 20 thousand signatures for impeachment
The American company Krause Group bought 90% of Parma's shares
Source https://www.sunshinecoastdaily.com.au/news/shovel-ready-by-first-budget-pledge-to-fix-deadly-/4071728/

An old flame: PM pushes his plans for gas

Dodge career complacency and get your best foot forward

COVID-19 restrictions cause decline in deaths in NSW

The most dangerous form of domestic abuse is not a crime in NSW, but momentum is building for change

The good times with China are over. Get used to it

Renters turning to buyers as cost of debt falls

Your Daily Horoscope for Saturday, September 19

Union boss and environmentalist bury the hatchet in the Hunter

Streets, laneways and parking spots: City's plan to turn venues inside out

Creativity the icing on the grammar cake

Another blow to the arts and theatre community

How an airconditioning duct crystallised as an award-winning sculpture

Laneways set to light city's path to reopening and recovery

I never thought I'd miss my commute, but I do

Since when did old people's lives become worth less?

The art of flattery: How a property developer courted a council

Evacuations Ordered as Bobcat Fire Grows to More Than 55,000 Acres

Misery for Giants as Saints march into finals

Teams Assess Damage as Riverside Fire Grows to Over 137,000 Acres

Trump to block TikTok, WeChat downloads in US, officials say

As it happened: Saints make finals for the first time since 2011

From B student to billionaire: the man who built Netflix

'If you'd rather not meet, just forget it': how fate brought two namesakes together

How can I preserve an opened bottle of wine?

Fiona Stanley: 'The argument that we can either have health or the economy makes me angry'

How much does it cost to apply for an Aussie partner visa? It shocked me

When to let it go: a former dictionary editor's last word on pedantry

'The Offing' reads like an allegory for our times

How to get a junk food thief to eat their words

Merrick Fry brings a force of concentration to each work

Collective will is vital for Victoria's revival

Australia cannot wait for climate decision to save Reef: foundation

Heart rules the head: NRL players looking out for each other amid concussion fears

'No clear evidence' of drop in quality of aged care: Murphy

'Race of truth': Porte ready to suffer in last-gasp bid for podium

Six months in, we owe it to ourselves to face some challenging truths