Staying smart with style inside the connected home

As if expecting this, a little hand reached out from the back seat and passed me a mobile phone. On screen was a refrigerator shelf. Neatly stacked with champagne, riesling and beer.

“That’s what’s inside the fridge where we’re going,” my other half said. “The picture’s from the last time the fridge door was opened/closed. It’s through the app and you can check it from anywhere.” 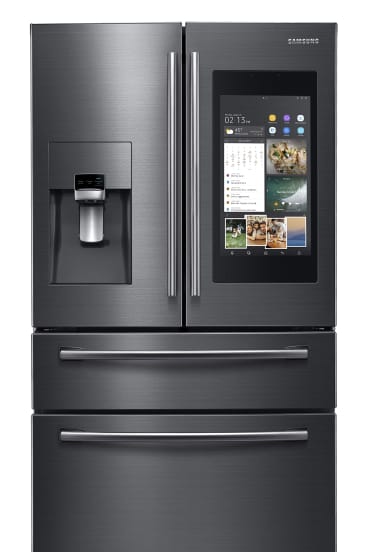 The Family Hub fridge with its See Inside camera had me softening immediately. I thawed even more when we arrived at our penthouse pad. Instead of a cross between a cockpit and a games arcade, the space was sleek, chic and full of glossy gadgets.

The stylish digital artworks on the walls soon revealed themselves to be The Frame televisions in art mode. And the Family Hub was as pretty outside as within: French door design, black stainless finish, and an intriguing 21.5 inch LED touch screen upon which my daughter immediately found an art app and set about creating a digital sign saying: My name is Bixby. Please fill me with chocolate.

Kids somehow know these things, because the voice assistant on the Family Hub is indeed named Bixby and very soon he was besties with my little girl and cueing up Katy Perry on Spotify in answer to her verbal requests.

Downstairs, my husband was operating the QuickDrive washing machine, with a special load of dirty laundry he prepared earlier. After I heard him say “cool,” for the fourth time I went to see what the fuss was about.

I found him conversing on his smartphone with the QuickDrive washing machine via an app called Q-rator. It had just advised him against adding his towels with my underwear. Instead the app recommended which wash cycle would work best and what not to throw in. And it was quick, washing everything so fast. And while we then went to enjoy Netflix upstairs, the TV let us know via an on-screen message when the QuickDrive was finished. At which point I could call out to someone to move the laundry into the dryer – which is smart, too, and knows not to overheat or wrinkle your best garments. 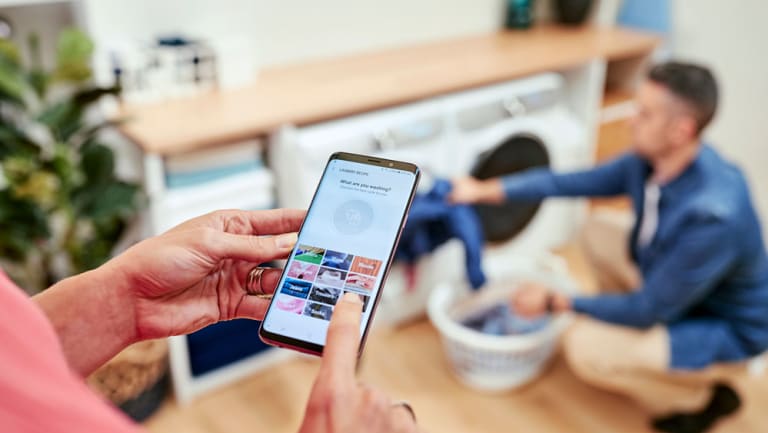 An AI powered laundry assistant is close enough to being a butler for me and I was about to say so when a message flashed up on the TV screen. Fridge door open.

“Busted!” we yelled at our light-fingered little one, who had been attempting a premature incursion on the chocolate mud cake dessert. Bixby may be her pal, but he was just too chatty to resist dobbing her in.

By way of apology, she set upon our golden labrador’s dropped hair with a cordless vacuum cleaner shaped like a supermodel. Flexible as a yogi, the POWERstick busts moves like Jagger as it limbos under low sofas, twists into teeny corners and super-sucks every last speck of dirt like a glam Harry Potter broomstick. The ergonomic design means the vacuum does the bending instead of your wrist, and even a little person like our daughter can manoeuvre it easily.

The POWERstick doesn’t talk (yet) but I found it to be perhaps the most eloquent of all the appliances, because who doesn’t detest vacuuming and yearn for a way to ease that pain? I can honestly say it looked so much fun I almost wrenched it off my child to have a go. 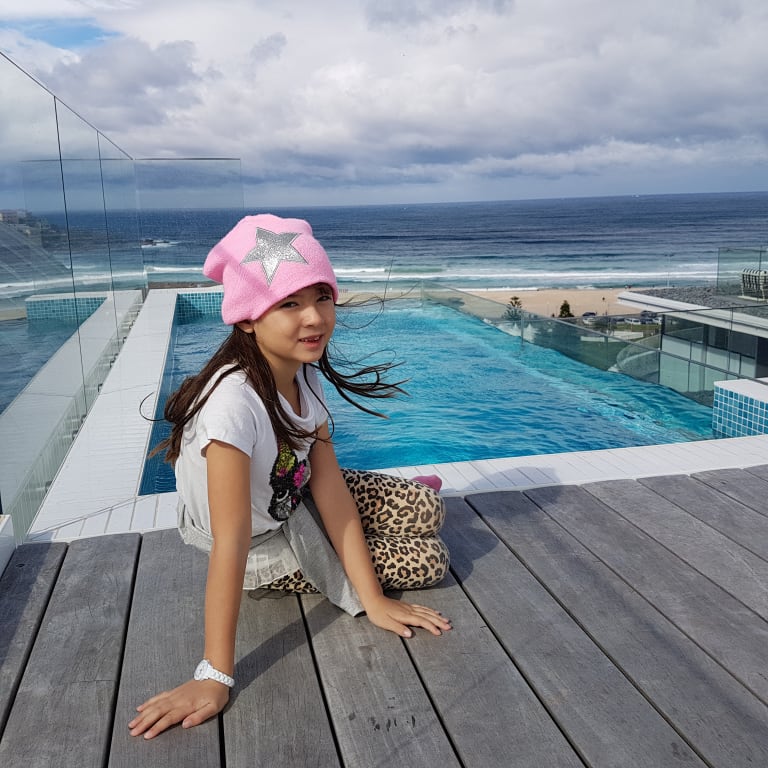 So, as promised, for the first time in a long time, I did nothing. All weekend. With the help of a recipe from the Tasty app displayed on the Family Hub’s door screen, and ingredients from a list created and ordered direct from Woolworths via the Woolies app, my terrific twosome rustled up all meals with the ease and aplomb of five-star room service.

“Did you like it?” they said at the end of everything. This time I gave them the face reserved for puppies, kittens, Shiraz, chocolate ice cream, Family Hubs, POWERsticks and QuickDrives. “Very much,” I said. “Very, very much.”

Manchester City arranged a championship corridor for Liverpool
Mohamed Salah: I hope to stay in Liverpool for a long time
La Liga President: Many try to justify failures on the field by talking about rest and schedule
Rivaldo on Griezmann: I Don't understand why the world champion and multi-million dollar transfer only comes out at the last minute
The Doctor Sociedad: The Youngster from serious injury. We are not currently considering the option of surgery
Klopp made Liverpool Champions. Now it's your turn: the game Showsport
Daughter of the owner of Valencia: This is our club and we can do whatever we want with it. Don't the fans understand?
Source https://www.smh.com.au/technology/inside-a-connected-home-20180531-p4ziod.html?utm_medium=rss&utm_source=rss_feed

Restrictions ease today: What you can and can’t do