A prominent Melbourne snake catcher has won his legal battle against the state government after it refused to renew his wildlife controller licence over a series of breaches he admitted to while removing serpents around Melbourne.

Stewart Gatt, who operates as ‘Stewy the Snake Catcher’, was eventually granted a new licence, but the Victorian Civil and Administrative Tribunal told him on May 21 he must stop posting videos of his exploits to his large social media following. 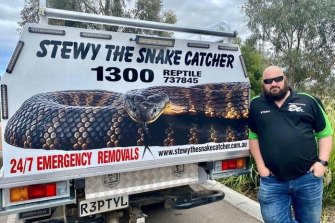 The Department of Environment, Land, Water and Planning accused Gatt of not being a “fit and proper person” to hold a licence after he pleaded guilty to several breaches during his decades-long career removing the state’s reptiles.

They included nursing back to health a weakened tiger snake in his own home, keeping a brown tree snake after removing it from a Victorian business, and improperly returning a possum to a tree after finding it in a residential cold room.

Gatt has appeared on television news on several occasions. He has uploaded dozens of videos talking about snake catching, and communicates often with his enthusiastic fans on Facebook.

DELWP manager Jennifer Cane told VCAT Gatt had “clearly gone beyond what he is permitted to do as a wildlife controller”.

She also said the department didn’t want wildlife handlers, including Gatt, posting their captures on social media because of the “risk that these displays escalate into unsafe practices by untrained persons, sometimes for the purpose of attracting notoriety”.

The department also argued Gatt was unsuitable for a licence because he hired Melbourne man Anthony James, who didn’t have a wildlife licence, to remove a blue-tongued skink. James was later found to be involved in the illegal wildlife trade, according to tribunal documents.

The tribunal’s senior member Jonathan Smithers revoked DELWP’s decision and handed the enthusiast a new licence, saying he was a “straightforward and honest character, who has a passion for reptiles” and “is concerned for their welfare”.

“He seeks to promote an understanding in the community of the integral role snakes play in the state’s ecology,” Smithers said. “He seeks to help people and snakes to live together.” 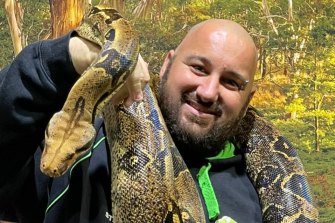 “Regarding his publication of the image and videos, I am satisfied Mr Gatt now understands that, regardless of what anyone else does ... he is not permitted to display to the public the wildlife or the operations undertaken in accordance with his wildlife controller licence, in any way,” Smithers found.

Smithers also said there was no evidence suggesting Gatt has any involvement in a black market animal trade and had strongly denied involvement, saying “people caught doing it should be sent to jail”.

Gatt told the tribunal he had “learned his lesson”, “grown up” and wanted to prevent the unnecessary destruction of snakes “by shovel-toting members of the community that once had a fear of snakes”.

He pleaded guilty in March 2021 to non-compliance breaches relating to the possum and skink removals, and record-keeping breaches between November 2018 and January 2020. He was fined $2000 and placed on a good behaviour bond for one year.

Gatt told The Age that he thought VCAT’s decision was the right one.