The first of more than 3000 new homes are expected to be completed at the Aura development by early 2022, with a construction start just months away.

The State Government is nearing the end of its assessment process for the next stage of the Caloundra South mega residential development.

Aura project director Josh Sondergeld said Stockland expected the stage would be approved as the development complied with the area's masterplan.

Mr Sondergeld said construction would start by early next year with the first residents to move into the homes by early 2022.

"We expect to welcome in the first residents within 12 months of construction," Mr Sondergeld said.

"It will be done in stages over a few years with different villages.

A spokesman for the Department of State Development, Tourism and Innovation said Stockland's development application for the precincts 11, 12, 13 and 14 was being assessed.

He said a decision was expected before the end of the year.

The application has been with the department since late 2018.

"The department issued Stockland with a request for further information, and the final information has now been received for assessment," the spokesman said.

"As the development application is still being assessed, no decision on the number of residential and commercial lots and community facilities has been determined.

"The department has not approved any ground works associated with this application."

Mr Sondergeld said the two-year process was an accepted reality given the scale of proposal. 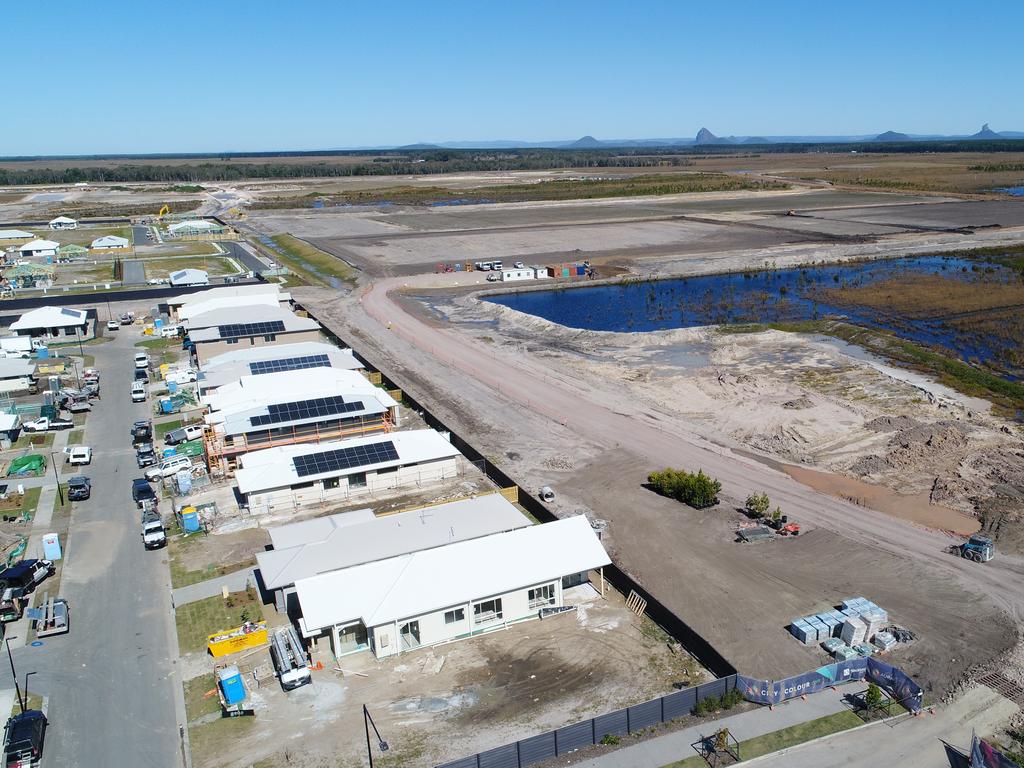 They will effectively lie across two suburbs.

"In terms of lot sizes we will have an extensive range, from first home buyers to large, mature families from 250-600sq m," he said.

"We will have quite innovative terraced homes, which are as small as 80sq m, but on that you can fit a two-bed, two-bath.

"They are perfect for first home buyers.

"Then there's about 200 medium density apartments."

The proposal also includes childcare facilities, a shopping centre and tavern, similar to the established centre at Baringa, to form a "genuine" residential community.

Upon its completion it will house more than 50,000 residents.

He said there would be five more land releases by the end of the year to support the demand.

"It's good to see and it's an exciting time," he said.

"We are looking at securing more commercial tenants too, probably 12-18 months from opening them.

"Some people are actually able to live and work inside Aura."

Bruno did not score a PSG penalty at the first attempt, but the referee asked for an Interruption due to Navas' exit from the goal line
Koeman is the fifth coach to manage 6 teams in the Champions League
Messi is playing his 17th season in the Champions League for Barcelona. This is a club record
Pirlo is the 3rd coach in the history of Juve to win a debut away match in the Champions League, after Capello and Lippi
Georginho Wijnaldum: Pickford went for an idiotic tackle. In matches with Everton, this often happens
Cech is included in Chelsea's Premier League bid. He ended his career as a player in the summer of 2019
Chiellini is in 3rd place for Juventus in the Champions League. Only Buffon and Del Piero played more
Source https://www.sunshinecoastdaily.com.au/news/stockland-reveals-when-3000-new-homes-will-be-buil/4110872/