Terence Davies has said in an interview that Benediction is the best thing he’s done. Coming from the man who made Distant Voices, Still Lives (1988) and The Long Day Closes (1992), two of the best British films of the late 20th century, I would have to disagree. 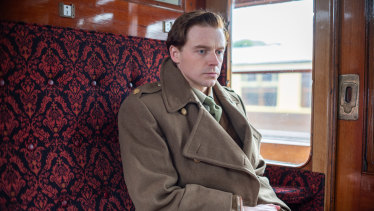 Benediction isn’t bad; even a lesser film by this man is better than most, but it is very much a curate’s egg. It is certainly his gayest film, and that may be the part he cared most about.

We get a sometimes naughty, often witty, very often bitchy portrait of gay London life in the 1920s when Siegfried Sassoon (Jack Lowden) was looking for love in all the wrong places: the callous and calculating Ivor Novello (Jeremy Irvine) breaks his heart; the haughty and arch Stephen Tennant (Calam Lynch) tramples it in the dust; only Glen Byam Shaw (Tom Blyth) returns kindness with kindness.

For a man who was known as “Mad Jack” by his men in World War I, as fearless as he was foolhardy, Sassoon is so thoroughly clueless in love as to be somewhat frustrating. But then, this is Davies projecting himself onto the poet.

His Sassoon is part Davies autobiography, part confession. Davies famously declared himself celibate early in life after spending a traumatising two months in the gay dating scene. He found it so terrifying, he never went back. 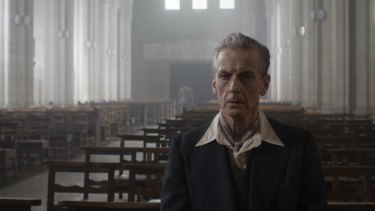 The long middle section of this already long film is about a man who loves not wisely but too well. The problem for me was that none of the men the sensitive Siegfried falls for seems remotely worth the effort. That’s a failure of dramatic purpose, rather than a comment on their characters: no matter how bitchy Stephen Tennant was, we have to see and feel why Sassoon loved him. Otherwise, the glass is half empty.

Sassoon’s relationship with Wilfred Owen (Matthew Tennyson) is well known, and earlier films have tried to tell that story. Davies rips through their meeting at a Scottish mental hospital, their immediate devotion to each other and the pain of their parting, as if he has bigger fish to fry.

Owen is the one man whose decency and talent are worthy of his affection. After he is killed in 1918, Sassoon glides quickly into the gay 1920s, a minnow among sharks. A film that begins as a poetic evocation of the horrors of war, complete with actuality and reams of beautifully read poetry, becomes a film about how green chiffon doesn’t sit well on some well-upholstered socialite. It’s a fairly jarring shift in tone.

And yet. This is still Davies, so there are scenes that sear the brain and heart. Peter Capaldi plays him as an old, withdrawn and bitter man, and the last act of the film delivers some of the gravity I had been longing for. Capaldi and Lowden are unforgettable. Their performances return the movie to a sense of purpose and grace. The damage done by war achieves an uneasy balance with the damage done by love.