Without Sydney, The Streets might never have gone on to be one of the shining lights of the UK alternative hip-hop/garage scene. For it was here in the late ’90s, as a 20-year-old backpacker on a working holiday (which included a stint pulling beers at the Star City casino), that Mike Skinner “worked out life” and began to write the verses and beats that formed the nucleus of his breakthrough 2002 debut, Original Pirate Material.

That album told a very British tale of everyday urban life in England – or to paraphrase its lead single Has It Come to This? - of a “day in the life of a geezer … Sex, drugs ‘n’ on the dole”. 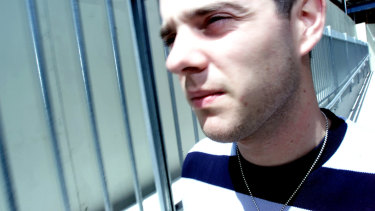 Skinner went on to record five more LPs, before winding the project up in 2011 because he felt he had nothing left to say.

Now he’s back in town for a sell-out sideshow before heading to Byron Bay for the Splendour in the Grass festival, and the air in the Enmore Theatre is charged with anticipation and thick with all manner of excited English accents.

Skinner is a born storyteller, and while the yarns he spins have a very British vernacular of geezers, twats, pints, and piss takes, they speak to the universal experience of being young, dumb, drunk, lost and in love.

His raps – or to be more accurate, stream-of-consciousness spoken-word musings – blur into his between-song banter, while a backing band of drums, bass, guitar, keyboards and the soulful vocals of Kevin Mark Trail bring an energy level that is all too often missing at hip-hop gigs.

However, the “live” treatment is less successful during Weak Become Heroes, a feelgood homage to the rave culture of the mid-’90s that in this version lacks the metronomic beats and house piano loops at the heart of the song.

That age has mellowed Skinner is evident in his concern for the wellbeing of some under-the-weather punters in the front rows.

But while his heart might be in the right place when he tries to organise a safe, grope-free crowd surfing session for female audience members, it does come off as slightly patronising, given his biggest hit (and tonight’s set closer), Fit But You Know It, is about a failed pick-up attempt in a late-night burger shop.

Then again, it’s ordinary tales like this that lie at the heart of Skinner’s success – stories that chronicle the mundane routines of life, and the small victory of making it through another week to arrive at the sanctuary of a Friday night, ready to forget worries, get drunk with your mates and blow off some steam.

Antonio Conte: I will not hesitate before leaving if Inter are not happy with what I am doing
Diego Godin: Inter will do everything to keep second place. Now we need to think about how to catch up with Juventus
Harry Maguire: Manchester United want to fight for trophies
Zidane on the victory over Granada: real suffered as a team. Two more games, we haven't won La Liga yet
Real have won 11 games with a minimum score in La Liga for the first time in 11 years
Akinfenwa after Wycombe's exit to the championship: the Only person who can charge me even more is Klopp
Ramos on the title: I hope that Real Madrid will celebrate the championship on Thursday. Everything is in our hands
Source https://www.theage.com.au/entertainment/music/the-streets-review-20190720-p5293u.html?ref=rss&utm_medium=rss&utm_source=rss_feed

That's it. I’m blocking all my interstate friends on social media

WATCH LIVE: Health authorities to give update on COVID-19

Actress Naya Rivera, who rose to fame on Glee, dies at 33

US urges Huawei ban on eve of UK security meeting

‘One of the all-time game show boners’

To mask or not to mask? Britain struggles to answer the question