Every winner will earn his or her keep on another rain-affected track at Tuesday's Ballina meeting, but they'll save a special cheer down the highway if one of the Big Banana's more affectionate gallopers finally wins his first race.

Tough five-year-old gelding Guest, from the Jim Jarvis yard at Coffs Harbour, is still searching for that breakthrough victory ahead of his 24th start in a Maiden Plate at set weights. 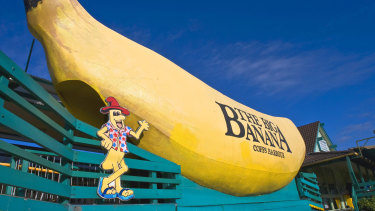 Coffs Harbour in NSW has been one of regions hardest hit by the coronavirus pandemic.

It hasn't been through want of trying. A good wet-tracker by Chilean sire Host, Guest has run a staggering 15 placings since a Victorian debut in the summer of 2017, often narrowly missing charging home late in his customary style.

Today, though, fourth-up and coming off a surging finish in similar ground at Port Macquarie, connections and punters can finally be rewarded.

His biggest hurdle is likely to come from well-bred and progressive Far North Coast three-year-old Hogan's Dare, who missed by a head pulling off a big betting move at only his second start a fortnight ago.

Meanwhile, amid a group of good gallopers crossing the border, Gold Coast-based filly Take Tea can break a run of outs in a competitive Class 3 Handicap over 1590 metres.

A daughter of former group 1 star Testa Rossa, Take Tea boasts a 25 per cent winning strike rate from only 12 starts, and has more than held her own in tougher metro company for much of this year. She drops back from a good closing effort at Doomben three weeks back, and looks nicely placed with a 2kg claim.

And If you want a maiden to test your form resolve, look no further than Race 4 over 1000m.
It features a likely quartet of first starters, four others resuming, including two that have switched from Albury and Victorian stables, and the remaining two second-up.

Plenty of questions will be answered, although home-track three-year-old gelding My Cousin James looks hard to beat on debut off a dominant trial win.

Thomas Tuchel: If both legs were intact, you could have seen my 40-meter sprint
PSG saved Tuchel's pet: Choupo-moting got everyone for free, managed not to score from a centimetre, and now pulled Paris to the semi-finals of the Champions League
Gian Piero Gasperini: The worst part is that we were so close. I can only thank the guys
Neymar was the player of the match Atalanta-PSG. He gave an assist
ПС PSG suffered through the entire quarter-final and turned it over in 149 seconds. Lifted the Italian curse and went so far in the Champions League for the first time in 25 years
ПС PSG's pain was transformed into happiness: in three minutes, the suffering stars turned into celebrating kings
The club from Italy won't win the Champions League for the 10th year in a row. This is an anti-record
Source https://www.theage.com.au/sport/racing/tough-guelding-to-guest-star-on-wet-ballina-track-20200713-p55bmp.html?ref=rss&utm_medium=rss&utm_source=rss_feed

Yet another NRL coach sacked