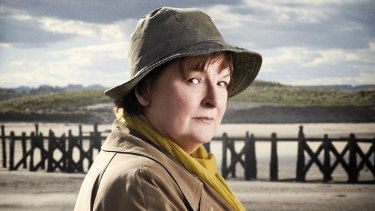 Nine seasons in and Vera isn’t exactly pushing the envelope. There’s a dead girl, moody sots of windswept beaches, DI Stanhope’s inexplicable hat. But Brenda Blethyn in the lead role is always worth watching, convincingly both middle aged and not missing a trick. The ensemble surrounding her is great value. And the expert plotting is full of twists, reverses and tasty red herrings. Fans will not be disappointed. 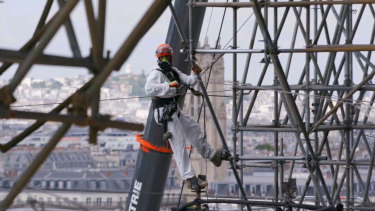 Although international co-productions are common in television drama these days, you see them less often in documentaries. This one, however, has involvement from around the globe, including Australia. Beginning from the day after the fire was extinguished, it traces the stabilisation process over the ensuing 12 months. It’s a job as emotionally charged as it is technically challenging – and physically dangerous – making the Very! Dramatic! Soundtrack! rather redundant. 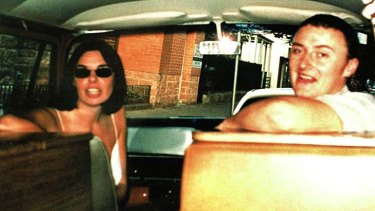 Still missing ... Peter Falconio, pictured in his van with Joanne Lees, before they were ambushed by a Bradley John Murdoch.Credit:Reuters

MURDER IN THE OUTBACK: THE FALCONIO & LEES MYSTERY

Ever since Serial, questioning court verdicts has become quite the cottage industry. And the case of Peter Falconio and Joanne Lees is particularly ripe for speculation and re-telling, taking place as it did in the middle of nowhere, with no witnesses and little physical evidence. However this re-investigation by Roger Maynard often feels like a collection of increasingly unreliable witnesses, with a lot of axe-grinding and victim-blaming along the way.

The head of the Belarusian Tribune was detained in Minsk. Max, we're with you
Karl-Heinz Rummenigge: FIFA is seriously thinking about awarding the Golden ball. I want Lewandowski to win
One Barca player among those starting the pre-season has contracted a coronavirus
Malinovsky settled in Italy: after the quarantine, he scored against Lazio and Juve, ahead of Mertens, Higuain and De Ligt in the ranking of the best players in Serie A
City are ready to give Coulibaly a 5-year contract with a salary of 10 million euros. Napoli wants 80 million for him^. Manchester City are working on the transfer of defender Kalidou Coulibaly from Napoli
PSG have a lot of injuries before the Champions League (even Tuchel!). Kerer broke his ear, but Mbappe is recovering furiously
Manchester City can join the fight for Tiago. Liverpool are still Interested in the player
Source https://www.smh.com.au/culture/tv-and-radio/tv-for-sunday-july-12-20200701-p5581r.html?ref=rss&utm_medium=rss&utm_source=rss_feed