Twitter’s local results were published as the company continues talks with Telstra CEO and billionaire Elon Musk about a takeover and after the departure of its longstanding local managing director, Suzy Nicoletti. Musk revised his financing plan for the $US44 billion ($62 billion) purchase two weeks ago after raising concerns about the number of fake accounts on Twitter.

Serious doubts have hung over the deal since Musk announced he was putting it “on hold” until Twitter provided proof to support claims that less than 5 per cent of its accounts are powered by spambots.

Twitter has become a focus of debates about misinformation, free speech and content moderation globally. In Australia, the federal government has launched a parliamentary inquiry into online safety, legislated to give more powers to the eSafety Commissioner and flagged laws to help people unmask anonymous accounts that damage their reputations.

Twitter Australia paid less than $150,000 in tax in 2021 as a climb in sales and marketing expenses drove the company to a $2 million loss.

The social media platform, which is in the middle of a takeover by US billionaire Elon Musk, grew its revenue by 11 per cent to $14.8 million last year, but a rise in costs led to a loss that reduced the size of its tax bill. It is the latest US tech giant to disclose its earnings to the Australian Securities and Investments Commission, giving insight into how much money the sector makes locally. 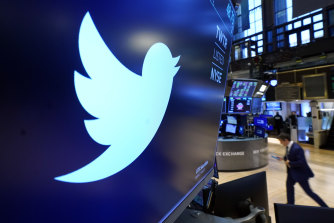 The company paid income tax of $149,812, compared to $1.3 million the year prior. Companies pay taxes on profits, not revenue. Tech companies such as Google and Meta have been criticised for funnelling money generated in Australia to offshore accounts. Twitter does not disclose in its report how much money it makes from advertising on its platform locally. It says it makes its money in Australia through providing marketing, business planning and research services to parent organisations.

The social media platform’s contribution to the Australian market appears to be considerably smaller than other international tech giants. Google’s gross revenue in Australia grew 38 per cent to $7.2 billion in 2021, while Meta made $1.1 billion in revenue during the same period (it funnelled most of this money offshore). However, these figures include money from advertising, which is not evident in Twitter’s local financial report. That’s despite Twitter making the bulk of its money globally - 85 per cent - from advertising.