Unions are warning the rapid and often “chaotic” growth of Australia’s renewable energy industry has led to exploitative work practices at some clean energy sites and are demanding industry and government secure better employment conditions.

Some renewable energy sites, including solar farms in Victoria, NSW and Queensland, have relied heavily on the use of unqualified and unlicensed workers, including backpackers on temporary work visas, according to Sharing the Benefits, a new report from the Australian Council of Trade Unions. 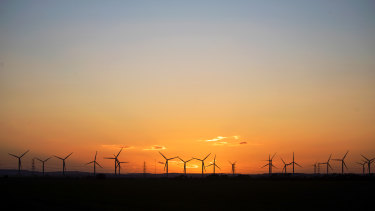 The ACTU, which backs national action to reduce climate emissions, says the report shines a light on parts of the renewable energy industry where workers get scant training and still face persistent issues with job security and employment conditions.

“We've seen exploitation, seen workers underpaid and seen companies collapse with none of their entitlements paid, so we’re concerned to make sure jobs that are being created are secure ones with good pay and conditions,” says ACTU president Michele O’Neil.

“Many of these new jobs lack the security and conditions of the jobs at fossil fuel power stations and mines."

Political arguments over climate change have seen the renewable industry subject to chaotic policy changes, and the number of renewable energy projects installed each year has fluctuated wildly.

But despite this, the industry has become a major jobs generator, employing at least 27,000 people currently, and this could grow to 45,000 jobs by 2035, according to research from the Clean Energy Council.

Australians unions support government backing for these projects but they should lock in requirements that companies provide quality jobs with fair pay and conditions, Ms O’Neil said. 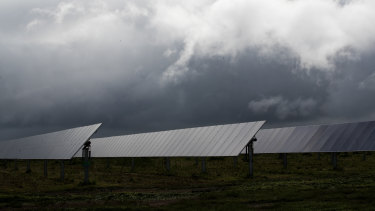 The clean energy industry in Australia is undergoing significant growth, with strong state governments support for massive “renewable energy zones”, where suitable regions will be equipped with large-scale wind and solar projects.

But because this power generation needs to be competitive with existing fossil fuel assets - many of which were built with public funds decades ago - developers sometimes turn a profit by locking in the lowest possible construction and wages costs.

Tony, a qualified electrician and member of the Electrical Trades Union, who does not wish to use his surname for fear it could affect future employment prospects, has worked on solar farms, predominantly in Victoria and some in NSW, since 2018. Some of the dangerous workplace practices he has witnessed are “terrifying”, he said.

Casual staff are often brought in through labour hire companies, including backpackers, and some people he worked alongside didn’t have the additional training needed to work in the high-voltage setting of a solar farm.

Tony said he has witnessed staff fail to check if electricity isolation procedures are in place and get an “arc flash”, a type of electrical explosion that can be fatal.

He reported these incidents. “It petrifies me. I hate to say this, but I wouldn’t be surprised if there was a fatality at some stage."

Clean energy council chief executive Kane Thornton said the report exposes practices that needed to be stamped out as the industry matures and evolves. 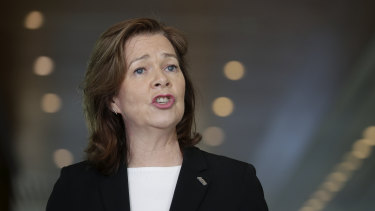 “There’s no doubt there have been some challenges for the sector, and some of that has been because the policy has created boom-and-bust scenarios,” Mr Thornton said. “The Victorian budget gave a set of long-term commitments and stability to the industry, and this creates better outcomes for companies and their workforce.”

The ACTU is calling for enterprise agreements at all large-scale renewable projects as well as transparency about the numbers of jobs in the industry and employment conditions. It also says first nations people should be involved in project planning and design to ensure benefits also flow to them.

The Age has contacted the Victorian Government for comment.

Ronald Koeman: Suarez is a great player, but Barcelona made a decision. I don't like answering questions about him
Fonseca could be sacked if Roma fail to beat Spezia. Allegri and Mazzarri are contenders for the post
Mick McCarthy in charge of Cardiff until the end of the season
Aston Villa buy from Marcel Sanson for 14-15. 5 million pounds
Dzeko was removed from the Roma squad after a conflict with Fonseca. The striker was offered to West Ham
Ronald Koeman: We haven't scored 7 out of 12 penalties this season. This is too much, something has to change
Real about Hakimi and Interests: that is Absolutely incorrect information. We didn't ask for guarantees. We have a great relationship
Source https://www.theage.com.au/national/unions-warn-of-exploitation-dangerous-practices-in-renewables-sector-20201127-p56ihp.html?ref=rss&utm_medium=rss&utm_source=rss_feed

Holiday at home in this Bridgewater stunner

‘We’re certainly busy’: behind the boom in overseas film and TV production

The Trump era is over, not with a bang but with an elegant troll

How safe is Anthony Albanese and how long does he have as leader?

Where are we going with Australia Day?

Meeting the work test while working in a family partnership

The truth about January 26

It’s getting hot in here, Australia: let’s cool it, as a matter of honour

What Donald Trump and I have in common. And it’s not hair colour

‘I can’t say how grateful I am’: Two halves whole again as DCE, Foran reunite

‘Families are making a choice’: Concern as preschool enrolments drop during pandemic

‘I understand that loss means so much’: How fatherhood changed Bondi Rescue lifeguard

‘A moment of unity’: Australia Day stirs debate despite COVID-19

The most UnAustralian Australians of the Year

'I wrapped myself in a damp towel': Sydneysiders risk health inside hot homes

Security, cleaning and safe food delivery: What it can take to be exempted from hotel quarantine

US under Biden to test Morrison government's do-little climate stance

The chequered past of Kate Ritchie’s young suitor

Revealed: The secret to skipping hotel quarantine and who is getting the exemptions

Inside tennis lockdown: a small price to pay for the freedom beyond

‘It’s exhausting’: Return to office will be wobbly, handle with care

One and free? Why First Nations people struggle with Australia Day

Democracy only works with the consent of the governed

New gun in town for Kings of the north

Scorchers push Stars to the brink of oblivion

The best way to borrow for an investment property

Ben Lawson: why I penned the poem To My Country

Smoke on the water: How Fraser Island is rising from the ashes

The first months were hard, then Nibal learnt the best thing about Australia

A gap year around Australia changed our family

How Bambi Northwood-Blyth perfected the art of dressing for work

The road ahead: where AFLW clubs stand

Recharged Barty ready to make up for lost time

We owe a duty to advance Australia fair

‘Sometimes I experience nothing, other times it’s rampant’: Sexual material warning on Roblox

Star’s warning after nightmare over

Freedman speedster could be Golden

Don’s gone but orange really is the new black

BRACE FOR IT: The last massive hurdle Aussie economy has to face