There are many reasons why someone loses or doesn't have a job. "Laziness" might be one that gets attention in tabloid media, but it surely accounts for a tiny number of actual cases. 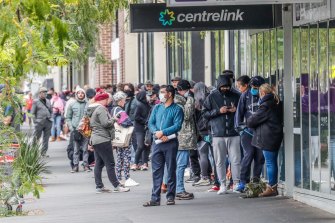 I understand not wanting a system that encourages people to take welfare instead of work, but I don't get a system that makes it impossible to live on unemployment benefits.

If the goal is to encourage people to return to work reasonably quickly, why would we have an interim measure that makes their lives immediately more difficult? Wouldn't it be better to assume people need a short amount of meaningful help as they find a new job rather than guess that most people will be 'dole bludgers'? 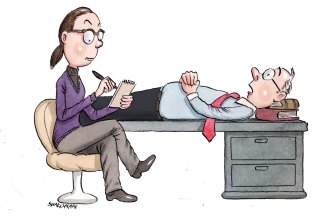 It doesn't surprise me that you don't understand the scheme. The moment I started researching Australian welfare, the complexity of the system became instantly obvious.

Understanding it is only made harder because, as you've said, the discussion around it is dominated by loud and sometimes irresponsible media voices.

I asked Associate Professor Martin O'Brien, the Director of the Centre for Human and Social Capital Research at the University of Wollongong, to give us an idea of how the system works and whether some of the most provocative claims are based on reality.

First, let's start with what a person who successfully applies for the Australian unemployment benefit receives from the government. Before the pandemic, it was $278 a week and hasn't increased in what economists call "real terms" for 25 years. As Dr O'Brien explains, that means "it only increases by inflation and is not linked to wage growth like the age pension".

This all changed as coronavirus restrictions ravaged the economy and the federal government added a supplement to several welfare payments, one of them being the unemployment benefit (which had been called Newstart and is now known as JobSeeker).

The supplement was much more generous than the base rate and the government is now considering what to do once they withdraw the supplement.

That's the background, and it's probably only made things more complicated, so let's get straight to what the unemployment benefit is and, importantly, how it compares to similar schemes.

"Research from the Organisation for Economic Cooperation and Development [OECD] suggests that Australia's unemployment benefit payment is miserly compared to other countries," says Dr O'Brien. "Ours is the lowest for all OECD countries for those unemployed for two months, with the exception of the UK."

The length of time is important because lots of OECD countries (there are 34 in total, and they include Canada, numerous European countries including all the Scandinavian nations, Israel, Japan, Mexico, South Korea, the UK and the US) use a different system to ours.

"[They're] based on an insurance or superannuation type model and decrease in value over time. In contrast, Australia's Newstart is funded from general federal taxation revenues and stays at a consistent level, no matter how long someone is unemployed.

"So, if one is unemployed for two years, Australia's unemployment benefit actually moves into the top half of OECD countries in terms of financial generosity."

Dr O'Brien says our system is comparatively onerous when it comes to "strictness of availability and job search requirements" but not particularly strict when it comes to "sanctions for a person voluntarily quitting a job, refusing to participate in active labour market programs or refusing a suitable job offer".

Does this mean it encourages a class of young, lazy "job snobs"? Dr O'Brien says no.

"There is no empirical research I am aware of that concludes unemployment is the result of laziness.

"According to the latest stats, more than half of Newstart recipients are over 45 years, and more than a quarter have an illness or disability. More than half have been unemployed for over a year. So we have an unemployment benefit scheme that was originally designed for short-term use, but is increasingly used by those who are older, sick and long-term unemployed."

This goes to the second part of your question: in fact, not everyone who loses their job does only need what you've described as "a short amount of meaningful help". Those receiving unemployment benefits are not all bludgers. But they are not all able to quickly get back into work.

And then there's the under-reported problem of skills atrophy, when "employment skills become rusty the longer someone is out of a job". It's a vicious cycle: the rustier your skills the less likely someone is to employ you; the longer you stay unemployed the more your skills decline.

What's the solution? Dr O'Brien believes that at the moment our system is too rigid.

"The one-size-fits all program is not suited to the long-term unemployed, those with illness or older workers.

"We need a more active labour market policy that creates suitable jobs opportunities for those receiving support. Yes, increase sanctions if need be, but only after adequate support is in place for training and geographic mobility."

There are so many more factors and variables that can (or do) influence the system and we won't go into all of them here, but two of the most important are the questions of what happens when there are lots of jobs and when there are no jobs.

"If there are significant unfulfilled job vacancies in the labour market there may be some legitimacy for a claim that unemployed are lazy in not taking up available job opportunities, however, this is rarely the case."

Dr O'Brien makes the distinction here between labour demand – which is where employers are willing to pay a wage for a particular task to be done – and meaningful jobs. The first can certainly wax and wane, but Dr O'Brien can't envision a time when there is a lack of jobs – even taking into account the coming automation revolution.

"Think environmental care, aged and mental healthcare, education – we always have gaps in these sectors for meaningful and productive work to be done.

"There may not necessarily be a profit for private industry, but this is where the government has the potential to play a more active role in job creation as a direct or de facto employer."

In Romania, a special champion: everything was decided in the match, the format of which was chosen 3 hours before the whistle
Danny rose: I was stopped by the police last week: is This a stolen car? Where did you get it?. And this happens regularly
Barcelona refused to sell for 60 million euros Trinca u, bought from Braga for 31 million. The club count on him
Chelsea will compete with Everton for Regilon. Real Madrid is ready to sell him
Espanyol asked La Liga to cancel the flight. The Catalans have been in the relegation zone since the fifth round
Inter have not yet decided on Conte's future. Everything will be decided after the Europa League
Haji resigned as Viitorul's coach
Source https://www.theage.com.au/business/workplace/welfare-in-australia-dole-bludgers-or-hard-done-by-20200707-p559u7.html?ref=rss&utm_medium=rss&utm_source=rss_business