It may still be an unfamiliar word to many Melburnians but for thousands of years it has been the common greeting of “Hello / Welcome” for the Wurundjeri people, the traditional owners of Melbourne. 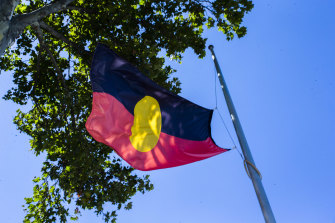 Australia is home to the oldest continuous culture in the world.Credit:Meredith O’Shea.

Australia is home to the oldest continuous culture in the world. Yet an important part of that culture, Aboriginal language, is being lost.

Australia should follow the lead of New Zealand and get serious about saving our Indigenous languages, with place naming and schools to play a big part.

More than 250 Indigenous Australian language groups covered the continent at the time of British settlement in 1788. Today only about 120 of those languages are still spoken and of these just 13 that are not considered endangered.

Australia could learn a lot from the New Zealand experience where there has been an upswing in people learning the Maori language. 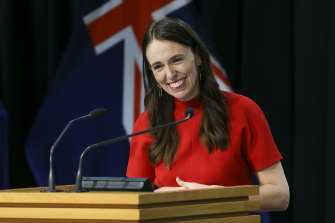 The New Zealand government has pledged that one million residents will be able to speak basic Maori by 2040 with a huge national effort underway to revive a language that UNESCO has classified as “vulnerable”.

Prime Minister Jacinda Ardern has championed the cause, and vowed that her daughter will grow up speaking Maori. She has also pledged that Maori language classes will be available in all primary schools by 2025.

In Australia, Aboriginal languages are far more endangered than Maori is in New Zealand. Surely it is time for Australian governments to take up the cause of our Indigenous languages with the same gusto we have seen over the ditch.

The task is made much harder in Australia because there are so many different Aboriginal languages. But that does not mean significant progress cannot be made.

Just over two weeks ago, Labor leader Anthony Albanese used his election night victory to commit to the Uluru Statement from the Heart in full. He rightly said that all of us ought to be proud that amongst our great multicultural society we count the oldest living continuous culture in the world. These are powerful words that must be turned into action during the life of this parliament.

The new government has committed $14 million to bring First Nations language teachers to around 60 schools. That obviously falls well short of the “every primary school” commitment in New Zealand but it is a positive step forward.

The Victorian government began an Aboriginal Languages in Schools program in 2011. This has seen the number of students studying Indigenous languages increase dramatically from 23 to 1867 in 2019, with 14 state schools and 160 kindergartens involved.

Why not follow the New Zealand example and set a target for all schools to teach the basic elements of Aboriginal language. Students could learn greetings, the names of animals, family members, colours and so on.

Those of us beyond school years should take up opportunities to learn about and keep alive Indigenous language. For my part, I have started doing the traditional acknowledgement of country in the Woiwurrung language: Womenjika, Marram-bik – Boorn-dup, Wurrundjeri – Wilam – u, Liwik – u – Kulin, Yalinbu – ba – yirram-boi / I acknowledge the Wurundjeri Traditional owners, their ancestors and the Kulin people, past and present.

In many municipalities across Australia, including the City of Melbourne, there is a process underway to look at dual names or more respectful names for many locations, to better reflect Aboriginal cultural heritage.

The ABC has increased its daily use of Indigenous languages and includes Aboriginal names for cities and towns in its news programs. Other organisations are taking it upon themselves to incorporate Aboriginal language and names. The national law firm Maurice Blackburn now lists the address of its head office as La Trobe Street, Naarm/Melbourne.

But the renaming of places is not easy political territory and there remains strong resistance to this trend. Even Jacinda Ardern has avoided calls to use the Maori name of “Aotearoa” for her country, saying it is not on her agenda.

It is easy to criticise efforts to increase the use of Aboriginal language as being token or performative. As the Closing the Gap strategy makes clear, there is a shocking difference in the life experience of Aboriginal and non-Aboriginal people. This is not going to be fixed by the increasing propensity for people like me to use the odd phrase in the Woiwurrung language.

But this is definitely more than some warm and fuzzy initiative. It is a very real way in which Australians can start to shift the dial and celebrate our rich Indigenous history and culture and be something we can all be proud of as being uniquely Australian.

So let us all consider making a personal commitment to use some Aboriginal language in your daily life, it is as easy as “Wominjeka”.

Nicholas Reece is a principal fellow at the University of Melbourne and deputy lord mayor of Melbourne. He was a senior adviser to former prime minister Julia Gillard.