A World War II diary found on the floor of a north shore supermarket has been reunited with the diarist's daughter on what would have been the author's 98th birthday.

The diary, which recorded the experience of an Australian in the Women's Auxiliary Air Force during World War II through poems and photographs, was found on the floor of a supermarket at Gordon earlier this year.

"The diary, written in 1943, was later identified as belonging to Margo Cooper, who had sadly passed away in March 2011," said NSW Police in a statement on Sunday morning.

The diary was returned to her on Thursday, which would have been her mother's 98th birthday.

"When I got the call from senior constable Carisa Parker, it was like she’d won the lottery. I want to thank her so much for her wonderful efforts in finding me and bringing this diary back to our family," Ms Gibson said. 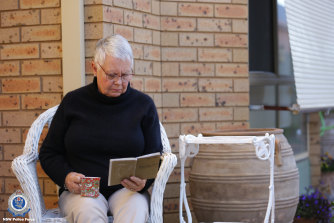 "I can’t get over how beautifully my mother used to write, and the diary is in such good condition. It was just wonderful to get the news on what would have been Mum’s 98th birthday."

“I was so pleased when we found Rosie – when we called, she was just ecstatic,” senior constable Parker said. 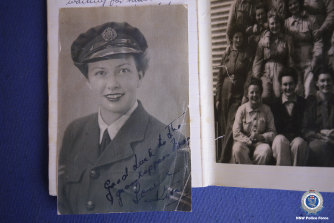 Clippings from the diary.Credit:NSW Police

“The day I called Rosie to tell her, it was actually her mum’s birthday and that she would have turned 98.

“She said it was the best birthday present she could have had.”

Thomas Tuchel: Mbappe will play Atalanta if nothing happens
Lille acquired 20-year-old forward David from Gent. He is the best sniper of the CONCACAF Cup
Rummenigge on Tiago's departure: If someone offers a fair amount for him, we will work
Juve can offer Arsenal for Lacazette Douglas Costa
Gasperini on Neymar: One of the world's strongest players. He will create problems for any opponent
Tuchel on crutches went to the Champions League match with Atalanta
Chelsea want to sign Ajax defender Tagliafico. He is seen as an alternative to Chilwell
Source https://www.smh.com.au/national/world-war-ii-diary-found-in-supermarket-reunited-with-author-s-daughter-20200705-p5593b.html?ref=rss&utm_medium=rss&utm_source=rss_feed

‘No room at inn’ as region prepares for visitor tsunami