You've heard of Brett Whiteley, but who is George Baldessin?

Brett Whiteley is such a “rock star” Australian artist that decades after his death, a musical about his life is being staged at the Sydney Opera House.

But who is George Baldessin, and why is the National Gallery of Victoria holding a joint exhibition of their works?

It’s a curious proposition but, says curator Sasha Grishin, the comparisons between the two artists - one based in Sydney, the other in Melbourne - were being made when they were both in their prime in the 1960s and '70s.

They were born within a month of each other and each lived abroad in their 20s in London. Both pursued figurative styles when abstract art was king (including a love for the nude), both were charismatic characters who enjoyed high profiles in their respective cities, and both died young. 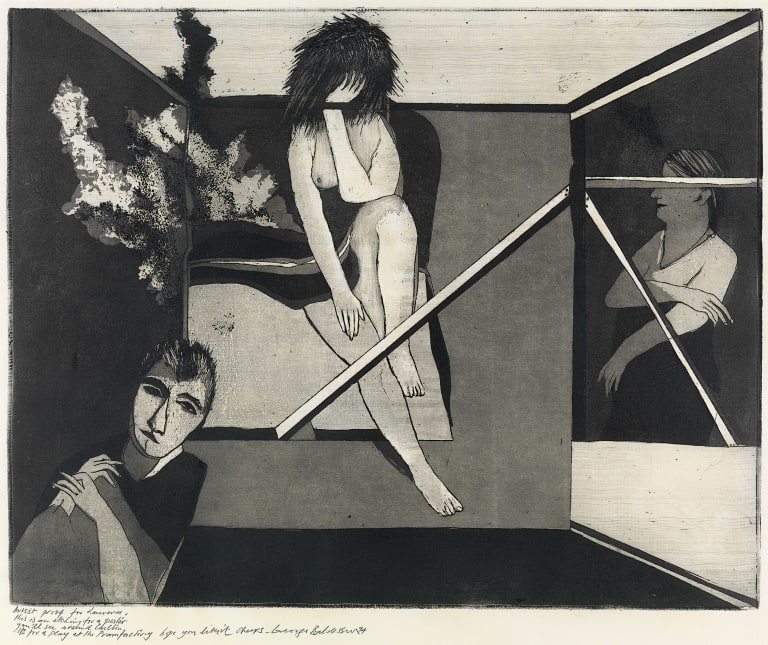 But while Whiteley remains a household name, Baldessin’s star faded after his death in a car accident in 1978, aged just 39. 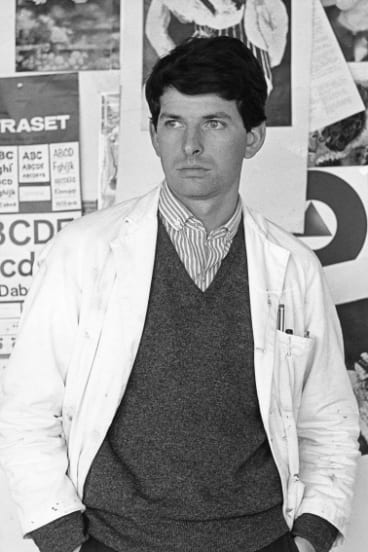 “I went overseas to live,” says Tess Edwards-Baldessin, who was left widowed and heartbroken at 29 with two young children. “I didn’t have much to do with the art world at all, which is why George fell out of the limelight.”

(In contrast, Wendy Whiteley dedicated herself to managing her former husband’s estate. Whiteley also had a longer innings as an artist, succumbing to a heroin overdose aged 53.)

Grishin’s idea was “a surprise” to Edwards-Baldessin but she dusted off some of George’s works - including one painting that had been in storage for decades, and restored for the exhibition is “breathtaking”, according to Grishin.

It will be on display with some of Baldessin’s better known works - including his iconic pear sculptures that greet visitors at the National Gallery of Australia in Canberra - and interspersed with Whiteley’s works, both well known and rare.

They are arranged, says Grishin, not by chronology but by theme - such as both artists' explorations of the “divided self”.

Whiteley’s famous Christie series is included, as well as My Armchair, the second-highest grossing  Australian artwork sold at auction. But the “once-in-a-lifetime” drawcard is his 22-metre The American Dream, painted when he and Wendy lived in New York during the Vietnam War. 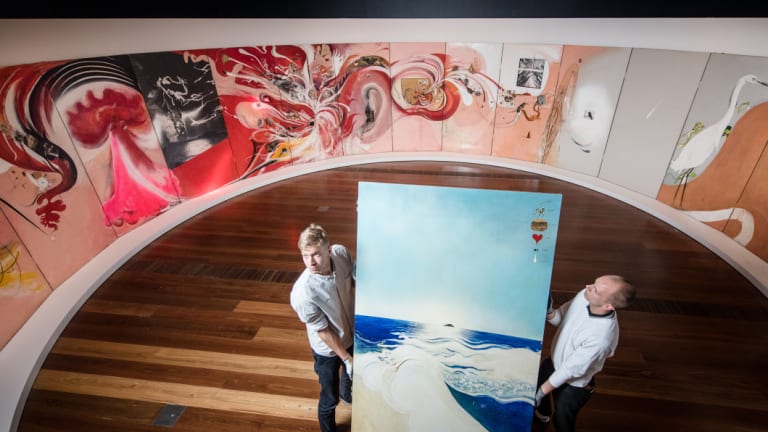 NGV staff installing Brett Whiteley's American Dream 'in the round'.

“It was way too political for [Whiteley's US] gallery - not only way too political but way too big,” says Wendy. The work was never shown in the US and while it has been displayed a handful of times since, it has never been shown “in the round” apart from when he assembled it in his studio. It will be mounted as it was originally intended at Baldessin/Whiteley.

“He spent quite a lot of manic time on it, he drove himself into psychological corners with it,” says Wendy. “He was anxious about the state of America - as we all were at the time, at the end of the '60s … Vietnam was getting worse, there were race riots - all kinds of things going on.”

Grishin says pairing Baldessin with the better known Whiteley is not just about pitching them as equals.

“I don’t think Baldessin requires me to raise his profile,” he says. “The work will do that. The quality of the work is undeniable. [But] by juxtaposing the two it brings out qualities we didn’t expect in the other.” 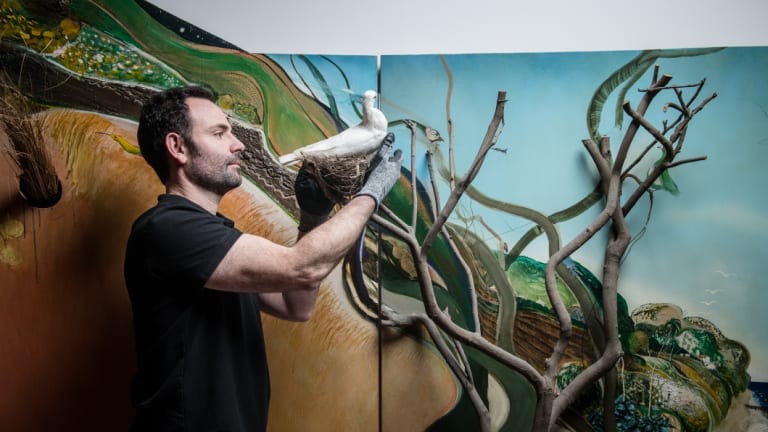 He likens it to the famous rivalry between Matisse and Picasso (though Whiteley and Baldessin, while aware of each other, were not exactly rivals).

“For the last 30 years we’ve actually been putting them [Matisse and Picasso] together in exhibitions and we find that they bounce off one another, there’s a dialectic happening,” says Grishin.

“Finally, the same thing is happening with Baldessin and Whiteley.”

Baldessin/Whiteley: Parallel Visions is at NGV Australia, Federation Square, August 31 to January 29. The Age is a media partner.