In true Rastaman demeanor, his composed dance moves, while highly exhilarating to watch, were somewhat subdued in execution.

The Cool As The Breeze/Friday singer, however, did appear to have rhythm and looked pretty ‘with it’ as he rocked out to the new-gen Dancehall tune. He was even following the choreography, “drop ey’ hand now” that was called out to him in the background, quite well.

Chronixx, a well-regarded roots revivalist musician, has always expressed his affection for Dancehall music. As a spiritual person, he says he identifies with roots and Reggae since its what resonates with him. “As a youth who is born in Jamaica as an African … I wanted to do music that could facilitate my spirituality,” he told United Reggae in a 2017 interview, and so he did at the beginning of his music career.

A perfect example can be seen with his hit singles Behind The Curtain and Likes, which Chronixx says are Dancehall tracks. “Whatever I put my hands on will be very rhythmic, a dancehall kind of vibes, and yeah, I also produce a lot of cultural music, reggae, roots, dub, ska, that kind of vibe. I produce just about everything, but Dancehall comes more naturally for me as a producer,” he continued.

A music connoisseur if you will, Chronixx surprised today, showing his appreciation for Skillibeng’s new take on the genre with his traphall, i.e., trap-dancehall single Brik Pan Brik.

We can safely say he’s a fan of the musical art form rather than the message of the song. 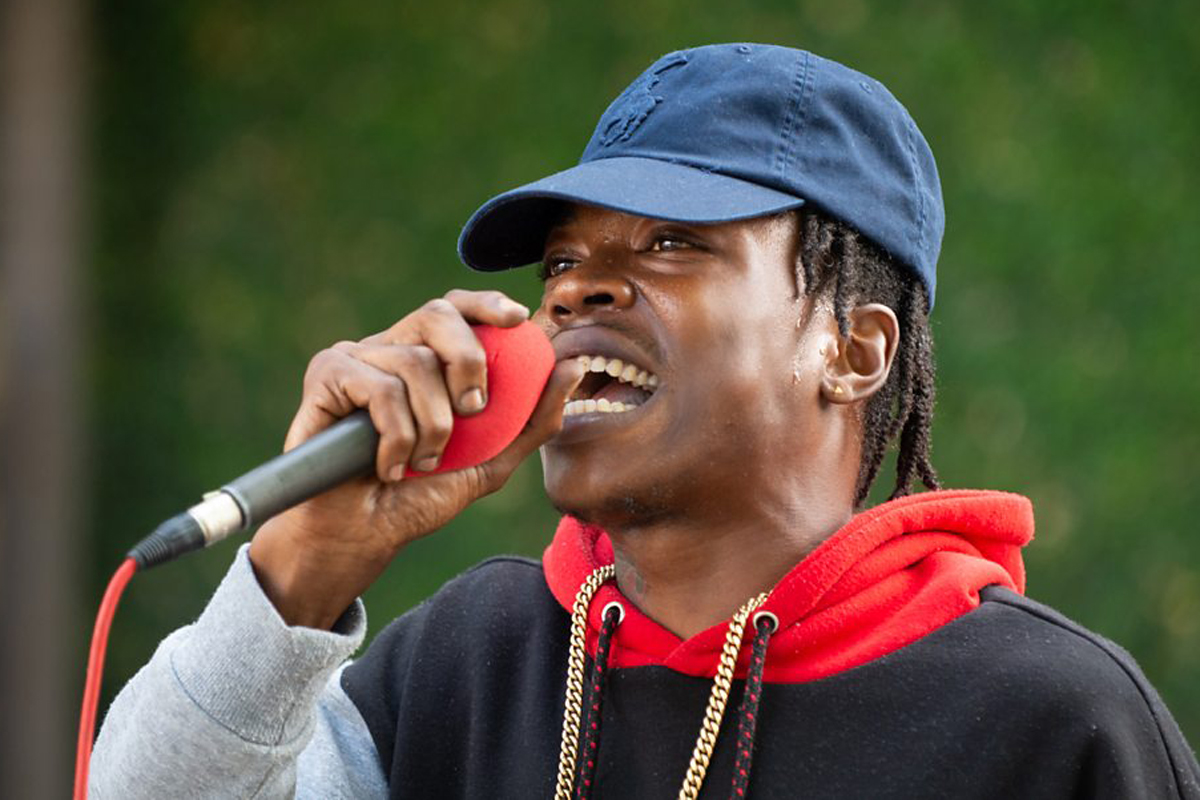 As many others gravitate to the traphall style of music, we find Skillibeng, arguably the founding father, as one of the hottest commodities in Dancehall right now.

Mr. Universe is certainly the go-to artiste to collab with these days, as can be seen with recent projects like Popcaan’s FIXTAPE with his feature on the single Have It as well as his teaming with Jada Kingdom in Tek It, Quenga in Vengeance Ways and Jakal in Sound Like, which were all released just within the last week.

Kevin-Prince Boateng signed a contract with Monza Berlusconi until the end of the season
Ex-Manchester United player Raphael: van Gaal is one of the worst people I've worked with. I was told that he doesn't like Brazilians
Rebic dislocated his elbow and may miss several Milan matches
Manchester United will work on Sancho's transfer until the transfer window closes
Frank Lampard: Must stand up for the Cap. I'm not going to say that he spent his last game for Chelsea
Liverpool loaned Karius to Berlin Union
Peter Crouch: Bruno will win The Golden boot. In the Premier League, 38 matches are 38 penalties for Manchester United
Source https://www.dancehallmag.com/2020/08/13/news/chronixx-vibing-to-skillibengs-brik-pon-brik-is-a-mood.html

BIS shuts down as staffer tests positive for COVID19…

Caribbean high for ratio of jailings

Immigration Officer who suppose to be in quarantine rights off a vehicle 2 am in the morning drunk!

Immigration Officer who suppose to be in quarantine writes-off a vehicle 2 am in the morning drunk!

Declaration of the Secretary General of the OAS, Luis Almagro, regarding recent military attacks of Azerbaijan in Nagorno-Karabakh

Southland Church of God is headed to court against Bishop Moses Johnson as the COVID19 CRISIS stokes war inside the denomination!

PM prepares to quickly build a vacation home to retire in Andros outside the capital as elections fast approach!

COVID cases spread at a private medical facility in eastern New Providence and Health as yet to examine that operation or have it closed down!

Another boat fire/explosion in Exuma!

Financial Crimes Unit and CDU arrived in Nassau with some 16 persons suspected to be a part of a major fraud ring at NIB!

Deep cleaning and sanitization of Ministry of Health’s Headquarters

Senior pastor accused of preventing pastoral board from entering church

Ministry of Health to be cleaned and sanitised

A COMIC'S VIEW: The alternative to opioid medication

DIANE PHILLIPS: Take to the streets - Moms Lives Matter too

EDITORIAL: A squabble not fit for the schoolyard

Culmer: Miller doesn’t have what it takes to win for PLP

Days after Commissioner says prison has no cases, Minister says officers have COVID-19

'Plan ahead for vaccine'

GBSPA urges Port Authority to be inclusive of “sports”

Akia says she can’t stop: drops her stories of love

Bahamas will remain on EU blacklist

McAlpine stays on fence over issue of allegiance

The strengths trade unions can deliver

Minnis Appoints A Toddler For the Director of NIB to Consult

STATESIDE: Game of Thrones had nothing on this tangled web spun through the courts and corridors of D.C.

Minister of the Environment and Housing - Report to the Nation

EDITORIAL: Now is the moment for Freeport

Waterloo ‘may be forced to shut’

FNM chairman: no go-ahead for re-election campaigning yet

'Now or never' for Freeport