‘Major boost’ ahead for GB 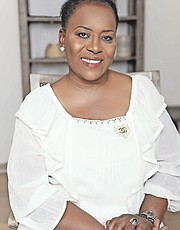 DONNA Laing-Jones, Partner & Broker, Keys Bahamas Realty, Ltd, believes there will be a major boost in the real estate market on Grand Bahama where two major investments are ready to take off.

In a press statement, Ms Laing-Jones is urging people to ready themselves for the shift.

“From all indications, while there is an air of cautious optimism, we are satisfied that the dynamics of the real estate market are set to take a shift, and we advise clients, potential clients, and all stakeholders to be in a readied position,” she said.

The government recently announced that a buyer has been identified for Grand Lucayan Resort. Electra America, which was chosen as the successful bidder by Lucayan Renewal Holding Board, has entered an agreement to purchase the property for $100M.

The buyer also plans to undertake some $300m to redevelopment the hotel property. About 1,000 permanent jobs are expected to be created.

Construction of the $200m Carnival Cruise Port project is also underway in Grand Bahama. The project, which is expected to be completed by 2025, is also expected to create an additional 1,000 permanent jobs.

Ms Laing said that in view of the thousands of construction jobs projected as a result of the recently announced sale of the Grand Lucayan Hotel and groundbreaking of the new cruise port in East Grand Bahama, local property owners need to act now.

She pointed out that due to devastating hurricanes and various other reasons, the labour force had dwindled in Grand Bahama.

With these major investments, however, Ms Jones indicated that hundreds are likely to relocate to Grand Bahama and will obviously need accommodation which will mean rentals are set to be in high demand.

“We are also finding a high volume of interest in persons wanting to sell or buy abandoned properties as an investment ahead of the significant numbers likely to relocate,” she said.

International aid amid rise in migration

STATESIDE: Boundaries between NATO and Russia

Schools will be ready to open, says Sears

‘Too many taxi plates will hurt elderly’ warns union chief

‘Moving services online is the right way to go’

Political leaders speak out on death

Bahamian NBA players to face each other in seven games

Ferguson to skip ‘Regatta of Champions’ for OPTINAMs

A century of oil, a future of options

Labor director implores Bahamians in need of work to register

Mother had frantic search for her son

A young man with ‘boundless potential’

Sears: School repairs will be completed on time

Migrants from boat tragedy to be buried next month