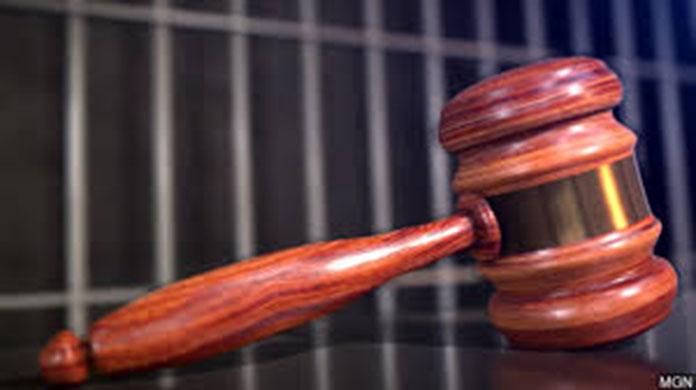 NASSAU| A nasty man who goes by the name of Owen Strapp, 51, who was feeling the pressure of lockdowns, decided to start spitting in the faces of people outside Home Fabrics on Carmichael Road on August 4th.

After his first victim, he then decided to walk across to the RBC in the area and spit in the face of another man there. Both victims alerted the police to Strapp who wore no mask and failed to follow the protocols of the social distance of “6 feet”.

After pleading guilty and telling the Deputy Chief Magistrate Andrew Forbes he spat on the men because he “Felt Like it”, Forbes then sentenced Strapp to two months in prison and charged him $500 for failing to wear a face mask.

Das something, eh? These nasty people working to spread the COVID.

Puig does not want to leave Barca and will fight for a place in the squad. Koeman advised him to go on loan
PSG can sign Khedira from Juventus
Ruediger may leave Chelsea. He wants to play regularly before the Euro
Tiago Silva: I am motivated by the chance to play at the 2022 world Cup. I will be about 38, I want to be fit
Arsenal announced the transfer of goalkeeper Runarsson from Dijon
Juve will pay 9 million euros for the loan of Morata, the agreement can be extended for a year
Chelsea will pay 24+6 million euros for goalkeeper Renn Mendy. Deal closed
Source https://bahamaspress.com/man-sent-to-prison-for-spitting-on-two-men-near-home-fabrics-and-rbc-on-carmichael-road/

British Colonial Hilton in downtown Nassau will not open in October!

MARINE BRANCH INTERCEPTS ILLEGAL VESSEL with 124 migrants onboard! THANK GOD FOR THE AMERICANS!

'Don't get hung up on October hotel return'

A child and two women murdered this bloody weekend…

Former M.P. Pierre Dupuch Comments on the Economy of The Bahamas!

Who could kill harmless Keva?

6am News Items on Hurricane Teddy and Tropical Storm Beta

Young Bahamian student in Houston, Texas gunned down outside his apartment and died in hospital…

101 new COVID-19 cases, one additional death, one death under investigation

Grounding of HMBS CASCARILLA _ Another RBDF vessel BROKE UP! WELL?

The raiders of our waters have arrived to the capital under arrest!

Bahamas receives emergency relief equipment and supplies from US Government