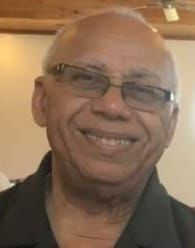 Arrangements for the funeral service are being finalized and details will be announced at a future date.

Bahamas must decide if ‘to hell with’ the EU

Tourist with loaded gun sentenced to three days in jail…

Sports Tourism returns back to The Bahamas under the Davis Government!

100 Laptops to Ministry of Education from FTX Digital Markets 

PART III: ‘A pawn on the grand chessboard’

WORLD VIEW: President Putin - The world should say ‘no more’

INSIGHT: PLP gets its report card - a year of success?

EDITORIAL: Many voices with one call over climate change

Escaped man is back in custody