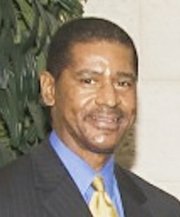 A BISX-listed firm has reassured investors that the seven-fold increase in monies owed to clients at year-end 2021 is no cause for alarm since it stems from $150m in securities trading activity.

Julian Brown, Benchmark (Bahamas) president and chief executive, speaking to Tribune Business ahead of tonight’s annual general meeting (AGM) said the $18.44m shown on the company’s balance sheet represents monies that belonged to customers rather than funds owed to them by the company itself from its own account.

Explaining that, as a broker/dealer, it holds client monies in a fiduciary capacity, he added that this sum represented proceeds from securities trading that customers were now collectively seeking to “cash out” and retain. And it was these activities that drove Benchmark’s return to profitability in 2021 via a $3.38m bottom line, which was propelled by a near-$5.5m increase in commissions paid by clients for conducting their stock market transactions.

“That’s just the level of activity we were doing last year. Last year we traded over $150m of securities over our desk on behalf of clients,” Mr Brown told this newspaper, when asked why sums due to clients had jumped from $2.519m to $18.44m year-over-year. “That’s the result of us being able to see a substantial increase in amounts due to clients that cash out with us at the end of the year.”

He explained that broker/dealers such as Benchmark and its Alliance Investment Management subsidiary typically hold client assets for trading “off balance sheet” since they do not belong to the company. They are instead held in escrow, or trust, on behalf of the client who then directs their securities trading activity and then pays a commission to the broker/dealer for conducting the trade.

Securities trading profits can be reinvested and used to finance further buying and selling “depending on the appetite”, or clients can elect to “liquidate their positions” and convert their holdings to cash. Mr Brown said that when customers opt for the latter, the sums due to them come back on Benchmark’s balance sheet and are shown as owing to clients.

Describing 2021 as a banner year for Benchmark (Bahamas), due to the strong stock market performance stimulating increased client trading activity, he conceded that 2022’s full-year performance - while likely still profitable - will probably not match the prior year.

“We had a significant increase in our trading volumes coming out of COVID, and a lot of our clients picked up their trading activity in 2021,” Mr Brown told Tribune Business. “That’s what drove the bottom line. With the markets the way they are this year, we can see the trading volumes going back down because there is a lot more volatility and a lot more uncertainty.

“Our business ebbs and flows with the movement of the markets, and how that impacts the clients who trade through us. We had a very good year last year. At the start of this one we were on a good pace, then we had the war in Ukraine that put a damper on the markets, and then the Federal Reserve has raised interest rates multiple times.

This year the markets have become volatile and that’s affecting how people feel about trading activity and cooled it down. That’s what we’ve seen in the third quarter, a slowdown in trading, but business is still good. Our business is one that ebbs and flows based on that trading activity. We’re a broker/dealer.”

Mr Brown acknowledged that Benchmark (Bahamas) “won’t produce as much” in profits for the 2022 full-year as it did in 2021, given that “it’s already been slow” and such conditions were likely to last for another six months at least. “We will be profitable, but not as much as last year,” he added. “I think we’ll be alright.

“The good part about the story is even though clients are not trading as much, assets in the trading book are building. Our book has actually grown from last year because of the increase in assets, but clients are not trading as much because of the market volatility. It’s like reserves in your tank. When things turn around it will be good news for us. When things cool off, and they will come back, I’m excited about 2023.”

Tribune Business revealed last week that Benchmark (Bahamas) external auditors, PKF Bahamas, gave a “qualified” opinion on the group’s 2021 year-end accounts which were only signed-off on July 31, 2022, before being published via BISX’s website on August 15. BISX-listed companies usually have 120 days from year-end to disclose their annual financials, meaning that Benchmark must have obtained an extension.

While Benchmark did not obtain a clean bill of health, the accounting firm said all other aspects of the financial statements reflected the company’s true position at year-end 2021. However, other items likely to interest shareholders include the fact the group has made provision for 87 percent, or $10.267m, of the $11.807m it advanced to customers for activities such as margin trading. This means they are “doubtful debts” that may not be collected.

Several related party transactions are also identified in the financials although their purpose is not fully explained. “A subsidiary of the company [Benchmark] has advanced loans amounting to $1.511m to an entity affiliated to the group by virtue of common management,” the audited statements add. “The loans have no fixed terms of repayment.

“Under the terms of a management and consultancy agreement, the subsidiary has the option to convert a portion of the loans to common shares in the entity. This option, once exercised, will permit the subsidiary to convert its loans into a controlling interest in the entity of up to 51 percent. This convertible option is at the discretion of the subsidiary and has no expiration date. A provision amounting to $500,000 was recognised on these loans at year-end.”

The same unnamed subsidiary was also said to have advanced some $36,137 to other entities, again with the option to convert them into majority equity ownership. Meanwhile, Benchmark Ventures, another affiliate, was said to have “entered into an agreement with PureWater Systems to purchase the administrative software developed by the latter for monitoring and optimisation of its day-to-day operations at a cost of $250,000.

“PureWater is a related party by common ownership and key management,” the financials added. Benchmark also continues to provide a guarantee that it will offer sufficient funding to keep its Alliance subsidiary solvent due to the accumulated historical losses on the latter’s books, while the parent’s $5m preference share capital remains caught up the fraud-related collapse of its former client, BC Capital Group.

Mr Brown, though, exuded optimism about Benchmark’s prospects and pointed to the benefits of diversifying into real estate investments via its Properties subsidiary. This now includes a condo in the GoldWynn condo complex at Goodman’s Bay, as well as the commercial complex at the junction of Carmichael and Fire Trail Roads.

“Properties has become a very strong performer with revenue and income for us,” he added. “We are invested in one of the units at GoldWynn, and that will come on stream when the hotel opens next year. Properties has been a very good investment for us. We started at $2m-$3m, and now it’s on the books as $6m, so we can’t complain about that.