Tears of joy welled up in Shanyhah “Niyah” Bowe’s eyes and threatened to spill over as she realized she had won the sixth Starbucks Bahamas Barista title. She said the win meant the world to her.

“This is a dream come true,” said Bowe who rose to the top in the all-female final and said she prepared herself for the battle she knew she would have to go through to secure the title.

The 21-year-old partner at the Cable Cottage location earned a trip to the Starbucks Latin American and Caribbean Championships which will be held in Costa Rica in November. 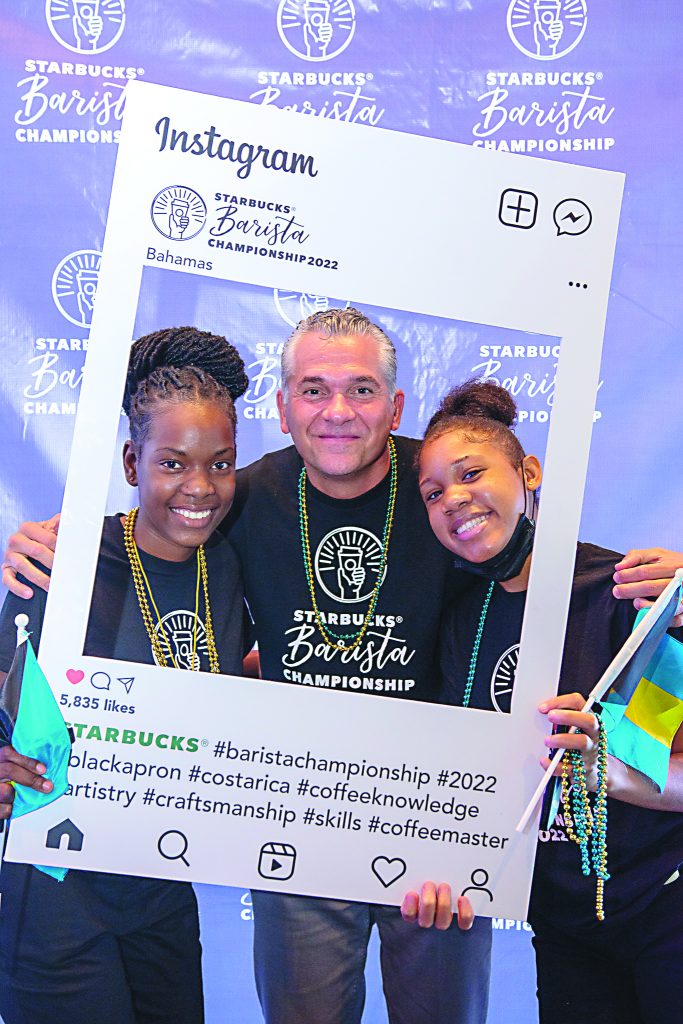 Starbucks Bahamas partners show up to support their colleagues.

Bowe, who competed in the competition for the first time, eked out the 2022 title by a mere two points ahead of Jameka Stubbs who finished in the runner-up position for the second time.

Recalling the competition which was held at Starbucks Bahamas’ Palmdale location, Bowe said the only thing she kept reminding herself was that she had to remember everything and had to hit her points.

“I had to connect with my people and I had to bring it. All I thought about was bringing it,” she said.

“One beverage in particular I would have messed up on, and I just said I have to keep going. That was actually the first beverage but I forced myself to not let that trickle onto the other drinks that I was going to make.”

For the second consecutive year, the barista champion title has been claimed by a partner from the Cable Cottage location.

“Taking it back to Cable Cottage, I can now tell the partners that not because this is your first time in the competition means that you won’t be able to win. You just have to go out there and bring it. You just have to prepare. Proper preparation leads to success. That’s what I did. I prepared for success.”

Bowe was also voted customer’s choice winner, an honor that left her astounded. Customer choice went to the barista with the most likes on Instagram (IG) and Facebook. 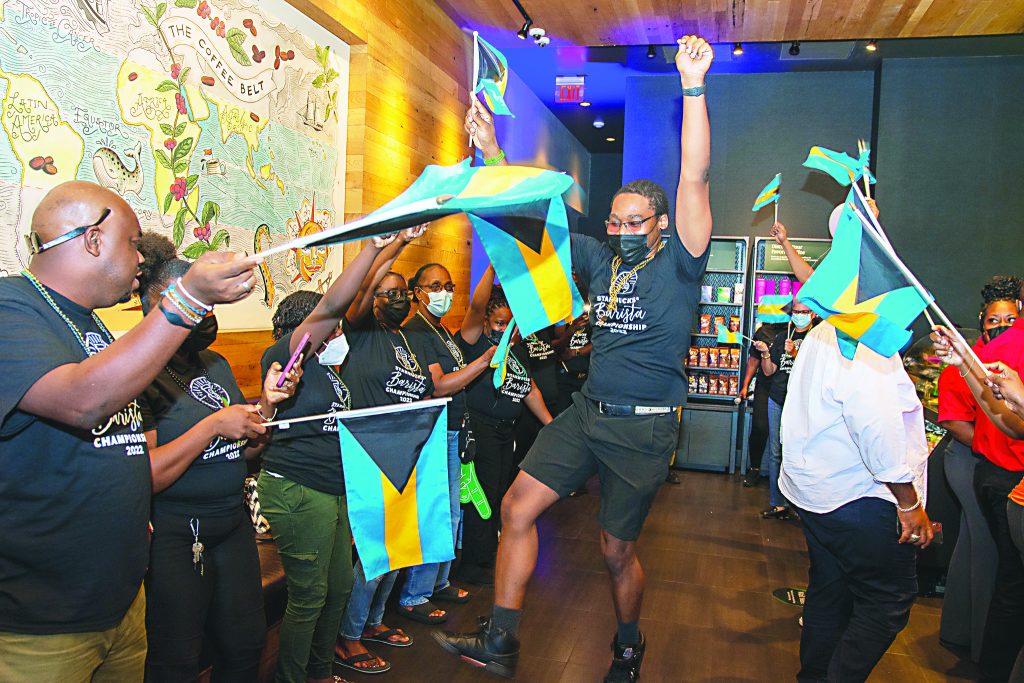 “I did not think I would get all of those votes … but when I looked on Facebook and saw [the many] likes and sharing for team Niyah, I was surprised at the level of impact I would have had on our established customers.”

“There’s a lot more females in our company who can look forward to actually winning this barista championship. [Winning the title] does not have anything to do with our gender. As long as they put in the work, they can win it as well.”

Shawnell Clarke is in the history books as the first.

Bowe who has donned the champion’s apron which she will wear for a year, said “This win is just not for me, it’s a win for all of us.”

She has also earned the right to wear the apron, reserved for Coffee Masters “aka” those who are certified in expert coffee knowledge.

For Bowe, wearing the green or black apron means being able to share the Starbucks experience with everyone.

The newest barista champion said her favorite coffee is French roast because of its intensity and aromas. Her favorite beverage would be a tall oat milk with four pumps white mocha and one pump mocha, sans whipped cream. Her favorite Starbucks nibble of choice, according to the day, is the pumpkin loaf or the steak and cheese.

One of the basic principles of Starbucks is that in addition to quality ingredients, an important component of a delicious coffee is the attention with which a good barista prepares and serves it. In addition to proper roasting and the harmony of quality components, drinking coffee is an experience. This is why the coffee chain created the title of coffee master and created its own corresponding course. It provides its baristas with the opportunity to share their experiences and compare their skills at the Barista Championship.