What makes birria tacos birria tacos? I don’t have the answer to this question, and no matter how much research you do or who you ask, you may get a different answer about this popular regional Mexican stew. But the one thing that holds true, birria tacos are delicious, and in recent times have surged in popularity and are currently on trend.

The hype for birria is relentless, really. So if you’re traveling, look out for birria tacos – what can be described as Tijuana-style birria de res – brothy braised beef with a generous float of exquisite, reddish fat, shredded and tucked into crisp doraditos or quesabirria tacos – and give them a try.

Sysco Corporate Chef Jamal Small puts it simply – “It is a dish with depth of flavor that is very affordable.” 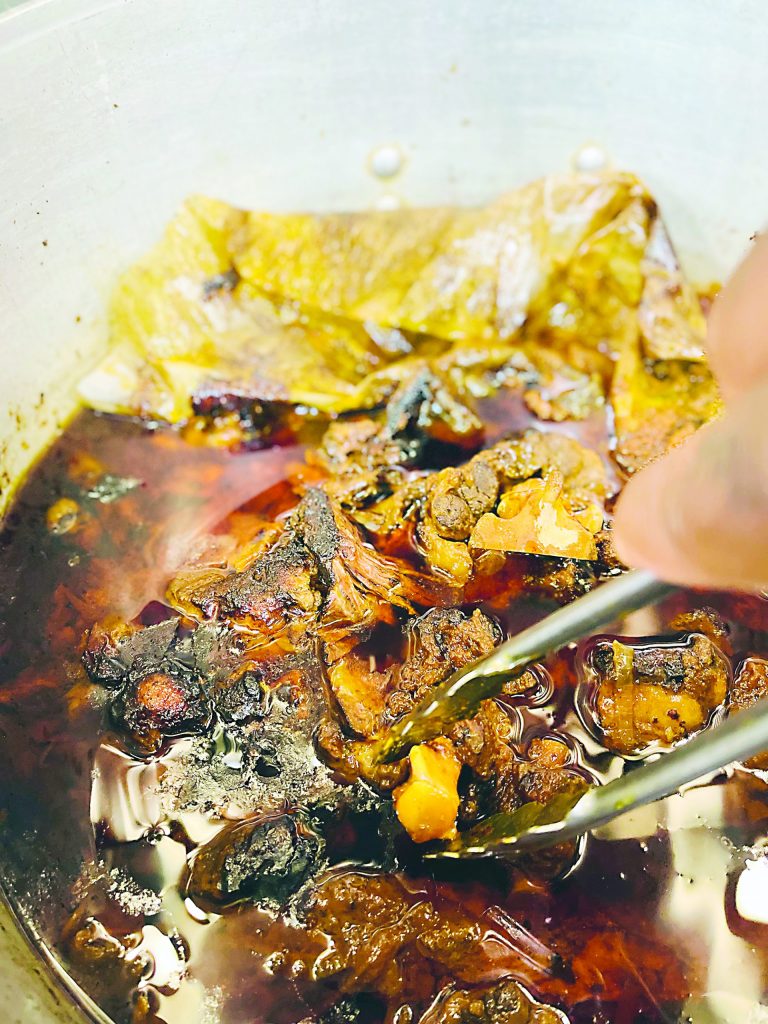 Birria tacos are not to be confused with barbacoa tacos, or any other taco.

The foundation of the recipe does not change – warm spices, a lot of cilantro and canned tomatoes. But there are so many variations, even from a single kitchen that it’s hard to say exactly what makes birria birria.

Birria taco is not to be confused with barbacoa taco or any other taco for that matter.

“Birria is a type of barbacoa, but barbacoa is not birria,” said Small.

“Barbacoa is more closely related to traditional barbecue … meat that is slow cooked in its own juices, while birria is braised or steamed in a mix of chilies and spices and has a red hue. Even more importantly, there is also a difference in the way it is served. You can serve it as a bowl/stew or as a taco, but not just any taco a quesa taco or quesabirria taco. This is when the tortilla is dipped in the fat of the braising liquid, fried and topped with your favorite melting cheese and overstuffed with the braised beef.”

Birria is heavy on chiles and spices, and the meat should be juicy, according to the chef.

“So, we are definitely talking about a drip down your mouth taco. When I say chiles and spices it does not necessarily mean hot pepper. The heat should be moderate and should warm the tongue, not ‘blow’ your head off.”

And the essential technique/step to making a beautiful birria taco he said is the mix of spices, the broth/braising liquid which is traditionally called consommé coupled, of course, with “time and love.”

Traditionally, it’s made with goat meat or mutton. Birria today is heavily centered around beef.

The chef has put the Jamal Small Bahamian tweak/twist to this au courant food item and prepares it with shredded oxtail meat which he cooks down in an aromatic liquid and serves as a taco.

“This being The Bahamas, I hit it with a land favorite – oxtail. I wanted a protein that would be super intense using the long cooking method. What’s better than oxtail? You get meat, natural gelatin, deep rich beef flavor. … Need I say more?”

With the ingredients being so close knit to traditional Bahamian cuisine, in making his Bahamian birria tacos, the chef said allowed him to use most of the original ingredients while adding familiar ingredients like scotch bonnet pepper, fresh thyme, and guava. He also makes use of a ‘pear’ mousse and pickled onions and starfruit in his Bahamianized birria taco and accompanying sauces.

He ensured that he kept the traditional luscious beef broth to serve it with, to which he adds notes of scotch bonnet and guava, for that hint of sweetness.

He came up with his Bahamian oxtail birria taco all by simply wanting to try something different.

“I took the recipe and tried to maximize the depth of flavor example doing a pre-sear of meat getting that caramelization going.”

Small envisions a conch birria in his future.

For those people who have not indulged in a birria taco, you have definitely been missing out. But you can have a taste of birria at home as Small has shared a traditional quesabirria taco recipe as well as his Bahamian birria taco recipe with The Nassau Guardian for readers to try to prepare at home. And he encourages the home cook to make use of their instant pot, crock pot, or slow cooker to ensure they have an easier time of braising their protein.

“Whether it’s the original birria recipe or your twist, you just need to designate the time to do it. It is something you can plan in advance. Or if you have an instant pot or a slow cooker that can cut down time, by all means, make use of it,” said the chef.

1 garlic bulb, cut the narrow top off, no need to peel

Combine ingredients: In large pot add meat, onion, garlic, carrots, bay leaves and dried peppers. Cover with water. (This uses my large 7 quart pot and fills it to the top!)

Skim: After 30 minutes, skim the top of the pot to remove impurities from the bone cooking out. (Will look like little bits of foam on the top)

Blend peppers: Remove the peppers (should be softened) and place in a blender or food processor. Blend until smooth, add up to 1/4 cup of broth if needed to help get a smooth consistency.

Strain: Strain the peppers if needed to remove bits of skin (if using a high-powered blender this step is not necessary.)

Combine: Add the blended peppers into the broth and stir to combine.

Season: Add in the chili powder as desired to get a nice deep red color to the broth.

Simmer: Cover and continue to simmer for about 3 hours or until meat is tender and easily shredding on its own. (Remove lid and give a stir every 40 minutes or so. Can also taste the broth once the meat is cooked through and adjust seasonings as needed).

Reserve grease: Skim the grease from the top of the broth (SAVE THIS!) pour the grease into a small skillet or saucepan, this is used for making the tacos if desired.

Remove the onion, garlic, carrots, and bay leaves from the broth. (These ingredients were in the broth for flavoring – people are more than welcome to eat and enjoy them, so save them if you want!)

Serve: Remove the meat from the broth and cut into large chunks for serving. Remove any bones.

2 lbs short ribs (bone in), or back ribs bone in

Instructions: in a large pot sear seasoned oxtail and short rib until golden brown. Set aside, and quickly sauté aromatic vegetables until tender. Add tomato paste and cook for 2 minutes before adding can tomatoes. Add spices, herbs guava and pureed pepper allow flavors to bloom. Add remaining liquid and bring to simmer before add meat. Skim off impurities and allow to braise for at least 3 hours. Remove meat and solid vegetables, strain and reduce braising liquid by a quarter, set some braising liquid aside for dipping this is now called “consommé”. Pick meat and return to simmer and get ready to build taco. Dip tortilla in fat and place in hot pan, add farmers cheese of favorite melting cheese, braised beef, and fold on itself. Cook on both sides. Should be nice and crisp. Serve with not so traditional garnishes.

Chef’s tip: Reserve grease: Skim the grease from the top of the broth (SAVE THIS!) pour the grease into a small skillet or saucepan, this is used for making the tacos if desired.

INSIGHT: As we approach 50, what does our future look like?

THE KDK REPORT: Devil in the details

UK recession could turn into a ‘lost decade’

$2m price tag as patients will be housed at doctors hospital

SAFETY FIRST FOR JUNKANOO: Police out in force, says minister, as tickets in demand

The best and brightest and well-rounded

The Bahamas beats the USVI

Man who was body slammed by police,  awarded over $100k

Police impersonators rob men of their suitcases, wallets and phones

Man accused of murder fears for his safety

COVID dashboard to be published once a month

The lamentable state of our roads