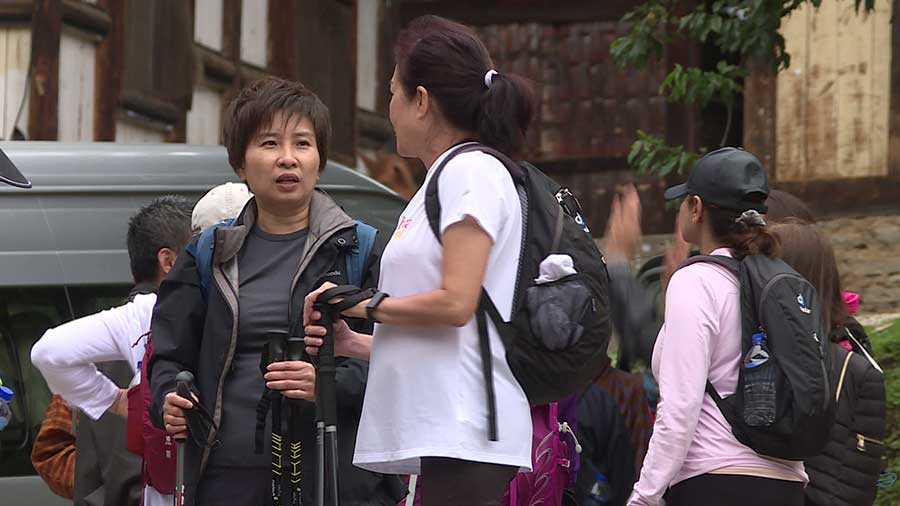 It has been a little over two months since Bhutan reopened its borders to tourists and implemented the revised SDF. Most of the tour operators in the country say the number of tourists visiting Bhutan has decreased following the revision of the SDF to 200 US dollars per person per night. The Association of Bhutanese Tour Operators or ABTO said while they are disheartened by the arrivals this time, some tour operators are more discouraged by the very minimal inquiries and bookings for the next season.

Ram Dorji Tamang is a tour operator in Thimphu and has been in this business since 2015. Ram says he used to receive up to six groups of tourists with about five people in each group at a time before the Sustainable Development Fee (SDF) was revised.

But today, he doesn’t have a single group of tourists. He says the tourists cancel their plans to visit Bhutan after inquiring about the SDF. Ram added he even moved his office to his home as the income from his travel agent can barely meet expenses including rent for the office and repaying loans for vehicles purchased for tourists.

He says around 70 percent of the tourists he received so far this year are those who booked their travel prior to the pandemic.

“Usually in the past, my agent used to receive lots of booking from tourists at this time of the year for next year’s Paro and Punakha festival. We still get inquiries from agents in foreign countries, but they end up canceling the visit saying that the SDF is too high,” said Ram Dorji.

Today, tourists coming to Bhutan under the new SDF spend about 350 to 400 USD every day which includes the 200 USD SDF and expenses for food and accommodation.

“We used to have around 150 to a maximum of around 300 tourists every year.  But now, once we informed the agents abroad that the SDF has been increased to 200 USD and in addition that they will have to pay for logistics, they haven’t received any new bookings. The groups who have already booked before the SDF revision are coming,” said Pema Wangchuk, a tour operator in Thimphu.

The tour operators said the revised SDF might generate revenue for the country in the long run if the numbers increase in the future. But for now, they added, there will not be many visitors given the poor public infrastructure including road and public toilets and even services in hotels.

“I am not against the increment of the SDF because our country cannot grow with the same policy for all times to come. However, we get inquiries from the tourist about what improved facilities and services we have worth the new SDF. Then they end up canceling the tours here and plan visits to other places like Paris, Nepal, and Jeju Island which have better facilities,” said Thukten Lhendrup, another tour operator in Thimphu.

The tour operators also added that the few tourists that visited the country paying the revised SDF stayed only for a short duration unlike in the past. Moreover, they also did not travel long distances due to the increased daily SDF.

“The main difference is in the distance they travel and the duration they stay in Bhutan. In the past, I used to go with the tourists to the east for two weeks but now the furthest they prefer is till Phobjikha in Wangdue Phodrang,” said Ram Dorji.

While it is too soon to measure the impact of the revised SDF on a large scale, the tour operators fear that it will affect all players in the tourism sector including hotels, guides, drivers, and other employees who are already losing their jobs if the number of arrivals doesn’t pick momentum.

Vet services to remain open round the clock

Media and Film back with BICMA

The rising case of divorce

Taking Bhutan beyond borders through music