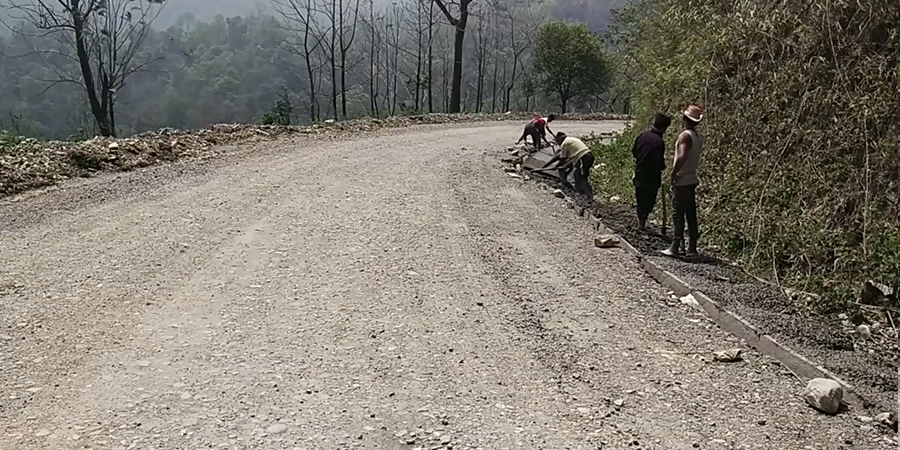 It might take some time before the commuters along the Dewathang-Samdrupcholing highway in Samdrup Jongkhar can enjoy a smooth ride. The maintenance of the 48-kilometre highway missed the second deadline set for last month. And now, with the onset of the monsoon, it is not certain when the blacktopping works on the highway will be complete.

According to the Department of Roads office in Samdrup Jongkhar, about 70 per cent of the work has been completed so far. Road widening, laying of base course, and construction of drains are almost completed.

Although blacktopping works on only about four kilometres of the road is complete as of today, the commuters say the road condition has improved. They are now expecting the entire stretch to be blacktopped at the earliest.

“For the past few years, the condition of the road was not good. It is better now after the maintenance work began last year. Vehicles do not get damaged if the road is good,” said Cheten, a commuter.

According to the contractors, the blacktopping was delayed due to the recent lockdown where they were not allowed to work for more than two months.

They said if the weather permits they will try their best to complete the blacktopping work soon.

The Department of Roads office in Samdrup Jongkhar said the office is discussing with the ministry of works and human settlement to give another time extension to the contractors.

The department gave a three-month time extension till March this year after the contractors failed to meet the first deadline set for December last year. The DoR office awarded the contract works to maintain the road to two contractors in November 2020.

The highway between Dewathang and Samdrupcholing is being maintained at a cost of Nu 376 M.