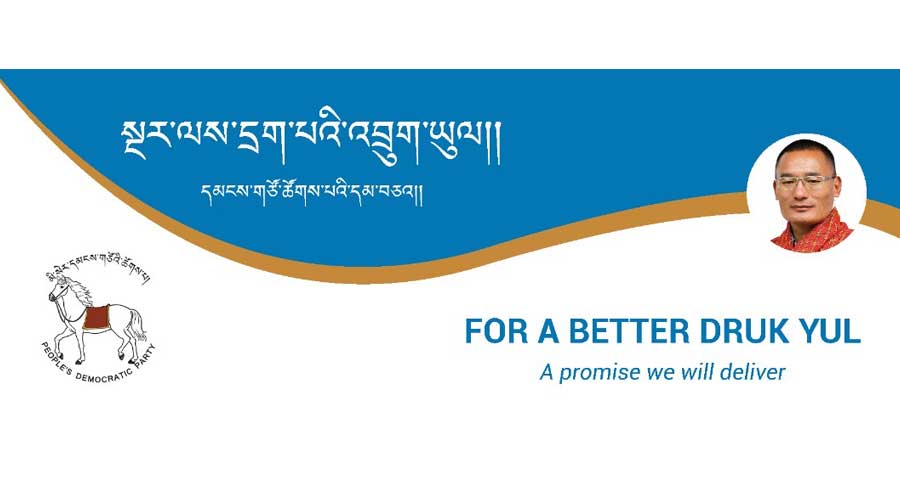 As the next Parliamentary Election draws near, the People’s Democratic Party has changed its slogan for the 2023 Election. “For a Better Druk-Yul, A promise we will deliver” is the party’s new Slogan. The party’s previous slogan was “Unity, Stability and Prosperity.”

According to the party’s Secretary-General, Kuenga Tashi, the new slogan reflects the past few years of unprecedented struggle. He said, the country’s economy has regressed, and the education system has fallen behind which has caused citizens to lose hope and left many more disillusioned. He added PDP will work to rebuild, reconcile, and recover.

Spoken language proficiency test for the post of Reporter

Climate change is a major threat for Bhutan: Kanni Wignaraja

Govt. will not consider further contract extension or cost escalation

Pemagatshel: The blissful land of lotus in the far east of Bhutan

RAA recommends an integrated single hotline for all emergency services

Schools bearing the brunt of the cost-cutting measures

A big concern for students

BBS to go HD by early next year