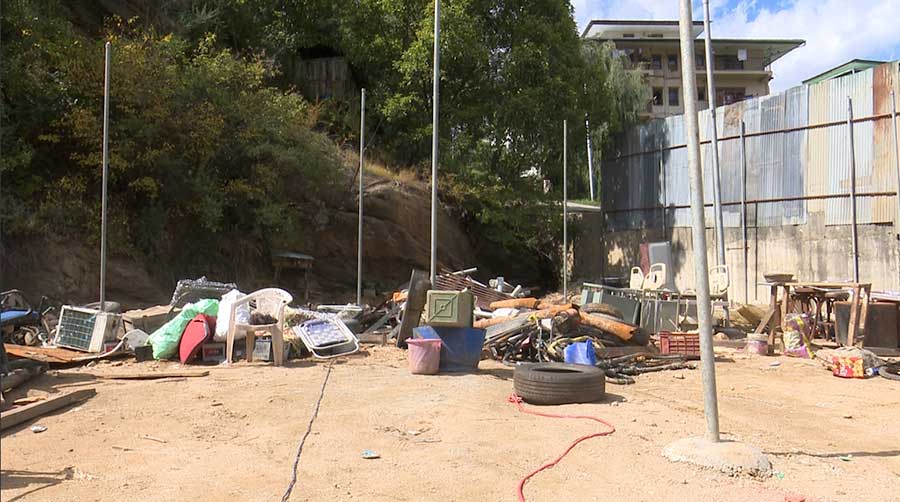 Riding on the belief that one man’s trash is another man’s gold, many scrap dealers made a living collecting and exporting scraps. When the country closed its borders due to the pandemic, the dealers realised trash is but trash with no value. To ease the struggle, they even formed the Scrap Association of Bhutan but the good old pre-pandemic days of the scrap business are lost forever, at least for now.

Hodo Tshering entered into the scrap business in 2008 after retiring from civil service. He used to do his scrap business from his godown in Olakha until officials asked him to demolish it. He is the President of the Scrap Association of Bhutan today. According to him, the scrap business is struggling without access to a market in India. But he is not giving up his old business easily, he is now setting up his new godown in Changbangdu. 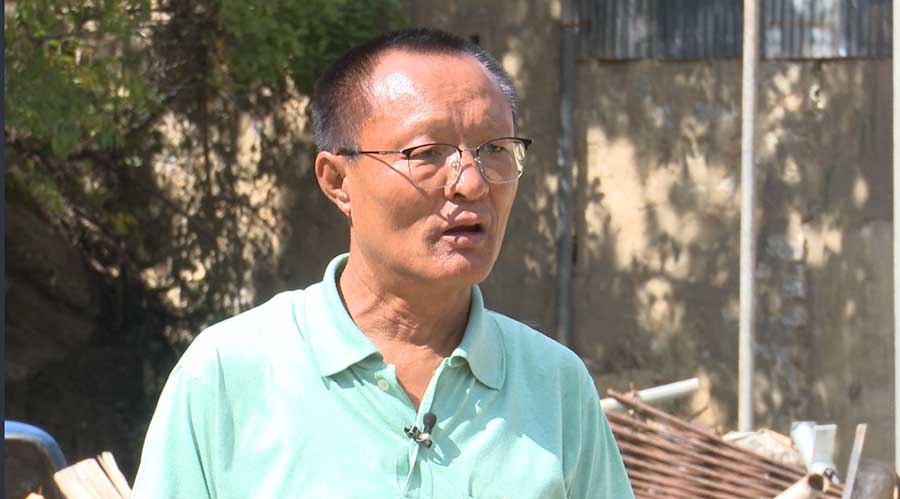 “We are all operating under losses right now. If you just go around the squatter settlements, you will notice piles of waste as they are unable to sell. There are no recycling plants in the country. So, people are frustrated and leave it like that. I don’t even buy now since we don’t have access to the market,” he said.

He says selling scraps within the country is out of the question because the rate is minimal. They could barely cover the cost when they sell it here. Left with fewer options, they even tried to get rid of their stock at the landfill in Memey Lakha, but they were refused.

They say all these can compel people to dump waste in the river discreetly. There are about 140 scrap dealers in Thimphu alone. 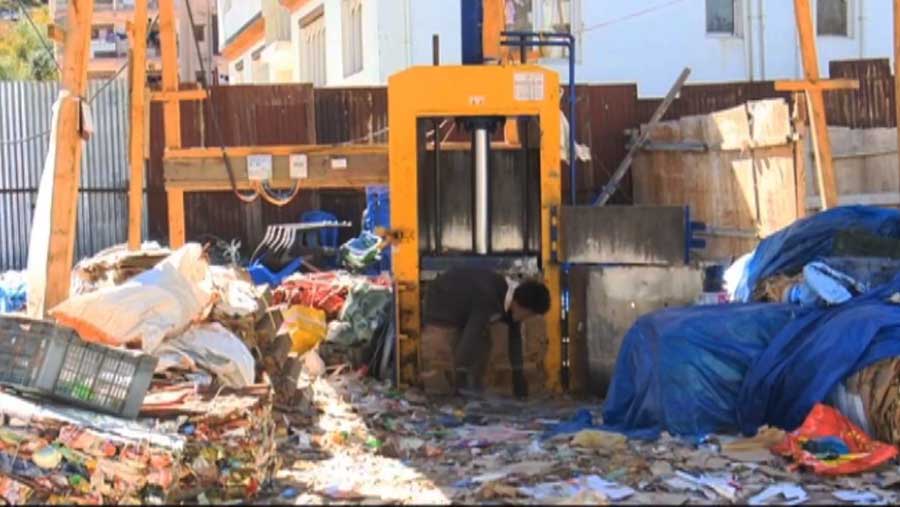 Another scrap dealer in the town shared how he is aiming for schools to control waste firsthand. He bought PET bottles from Zilukha School worth Nu 14,000. He has two crushing plants at his godown imported from Hyderabad. However, the problem with access to the market is the same.

They only get to export through informal channels.

“We started facing the problem in 2019, as we were not able to export. We sent around 2 trips at that time and only then we understood that one is not allowed to sell scraps from one country to the other. The government encourages us to install machines and try recycling and producing goods from scraps,” said Pem Dorji, of the Kinley Y Selden Scraps.

However, the expenditure is going to be too high. For a simple PET bottle compactor, it costs about Nu 900,000.

According to the Ministry of Economic Affairs, the informal trade routes came into the picture when the country reopened its borders. It was realized that many of the import-export was not as per the free trade agreement.

“First of all, we should realize that it’s scrap, something which is scrap in our country could also be scrap in someone’s country. India, according to their law all those scraps should be certified and refined to be hazardous-free,” said Economic Affairs Minister Loknath Sharma.

As per the trade guidelines, the trading port in Jaigaon is not even on the list. Hence, the problem escalated in August 2020. According to Lyonpo, they are trying to resolve the issue with GOI though it cannot be guaranteed which type of scrap will be allowed to export.

As an alternative, the ministry recommends turning scraps into resources internally. Scrap dealers are encouraged to come up with innovative ideas to turn scrap into products that can be exported instead of relying on exporting raw scraps.

The ministry is also pinning its hope on the Jigmeling Industrial Estate in Gelephu to make better use of the scraps. The production is expected to start by early next year. Lyonpo assured that selling scraps to the industrial estate will be a win-win situation.

The assurance will come as a blessing to scrap dealers like Hodo who are waiting for their fortune to change so that they can once again turn the trash into gold.

Vet services to remain open round the clock

Media and Film back with BICMA

The rising case of divorce

Taking Bhutan beyond borders through music

Kengkhar Gewog institutes a committee to advocate on non-communicable diseases

Traditional healer to the rescue of locals in Bumthang

Towards ensuring access to toilets and hygiene in Pema Gatshel

Preserving and promoting the national language

Kazuo Homma proves his worth with Paro FC

Mobile banking a challenge for elderly