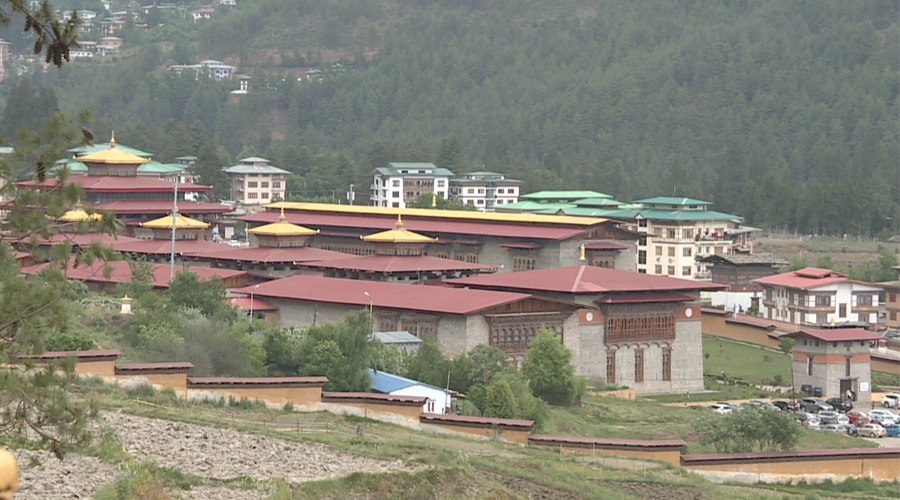 Following the recent stabbing and assault incident outside the Supreme Court, security is being tightened at the country’s highest court of review. Some of the new measures are already in place while some are under discussion. Meanwhile, people visiting the courthouse claim these sudden changes are inconvenient.

Several people visit the Supreme Court every day for various reasons. In the past, people had to get themselves registered, would sometimes be frisked and then be allowed to enter the court premises.

Today, visitors are properly frisked and they are allowed to carry only the required paper documents. People cannot carry other personal belongings such as mobile phones and bags inside the courthouse.

A visitor BBS talked to, who did not want to come on camera or be named said this arrangement is difficult, especially for people who do not have cars. She said she requested a nearby shop and kept her things there but had to run back and forth to make phone calls since she had forgotten to bring some documents.

She shared that because of the restrictions, it took two days to complete her work which would normally finish in a day. Visitors said it would be convenient if there were provisions such as lockers where people could keep their things.

Another visitor, who also did not want to be named, said it has become difficult for legal service providers like him. He said it is inconvenient since he is not allowed to carry his phone and he has also saved copies of all his documents. He added the Supreme Court also did not make any announcements of the recent changes which would have made the people aware.

“At the gate, the security personnel are not very warm or welcoming. As a legal service provider, I am required to represent clients at their hearings, and contacting them is extremely difficult. As a result, this new step is causing everyone inconvenience,” he said.

The Supreme Court’s Registrar General said the recent changes have been made to make the court premises safer. For now, they have added additional security personnel and restricted people from carrying their personal belongings. He said they are also discussing additional measures that could be placed soon.

They are also looking at providing small compartments in future where people can keep their things.