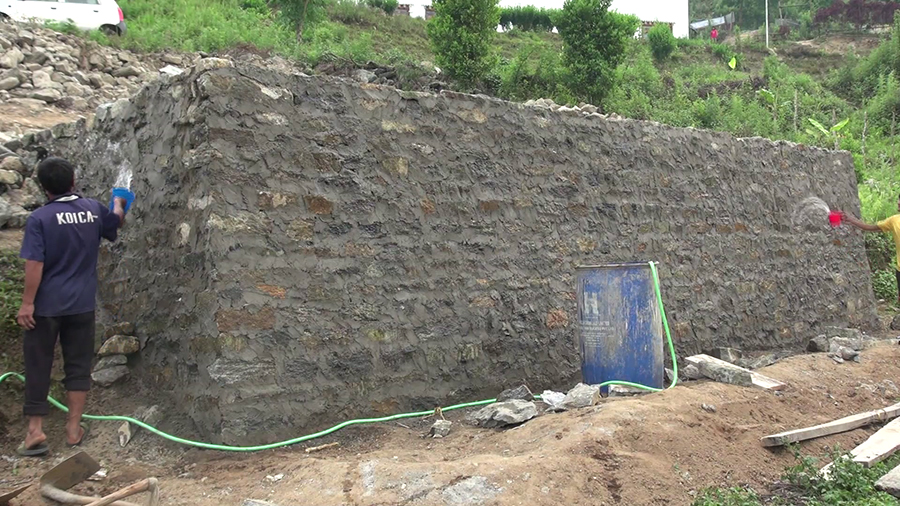 There’s no place like home. And losing a home can cause a person a significant amount of emotional distress. To rise from the fire like the mythical phoenix is a dream for many. This is exactly what a family in Mendrelgang in Tsirang is experiencing. Living with their relatives after they lost their home and all belongings to a fire, a few months ago, their dream for a home of their own is now materialising with help from their well-wishers. 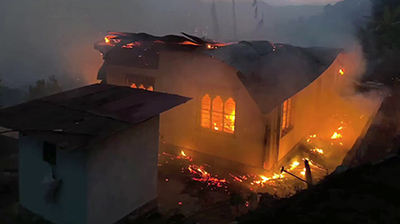 In the early hours of February 12, Choki Wangmo’s husband had allegedly set their house and shop on fire. Later that day, he died in a car accident. During the time of the incident, Choki Wangmo and her two daughters were at their relative’s house.

She recently started the construction of her new house and she has been getting support from the teachers of two Mendrelgang schools as well as from relatives and friends.

During the daytime, she cooks for her workers in a temporary shed.

She says life has become difficult. Besides reconstruction expenses, she has to repay the loan availed for her old house.

“I am trying to be strong. This is because I have two daughters to look after. Others might be wondering that I even don’t care but I have to think of my daughters,” she said.