A Kelowna drug dealer, who operated a sophisticated fentanyl and carfentanil trafficking operation through the dark web, has been denied his appeal by B.C.’s highest court.

James Shawn Nelson was a 38-year-old father with no criminal record when he pleaded guilty to two counts of trafficking the potentially deadly drugs through the Canadian mail using the dark web from July 2016 to August 2017, according to Court of Appeal documents.

Nelson was sentenced to 11 years in prison in July 2020. The Crown sought a 16-year sentence.

The so-called dark web is the virtual equivalent of a black market: a place in the shadowy depths of the Internet to buy and sell illegal drugs, human organs and weapons.

Most people don’t have access to the dark web and the encryption techniques make it nearly impossible to locate users. A person needs special software to connect to this part of the internet.

Nelson moved to Kelowna with his common-law spouse, Cassie Bonthoux, in 2012.

Charges against Bonthoux were later dropped. 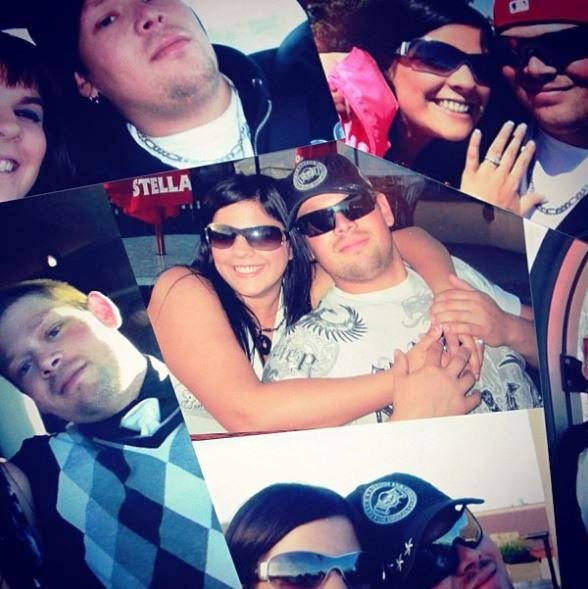 Nelson and Bonthoux are alleged to have been selling fentanyl and carfentanil using the darkweb. Facebook

Nelson connected with customers to buy his drugs using the username Fattuesday_13 on the AlphaBay website on the TOR network of the dark web.

Court records indicate Fattuesday_13 advertised that they were “one of the premium Fentanyl vendors in Western Canada” and had previously sold on other TOR websites.

The investigation revealed, and Nelson admitted, that he was Fattuesday_13, according to appeal documents.

He subsequently received an Xpresspost envelope in the mail with fictitious shipper’s information, containing a magazine.

Concealed within the magazine was a small plastic bag containing 0.7 grams of 90 per cent pure fentanyl.

Experts say people are using the dark web to sell illegal and deadly drugs, like fentanyl and carfentanil. Global News

The site advertised that when carfentanil is “used responsibly, it is proven to be very safe.”

He received a similar Xpresspost envelope and magazine containing 0.045 grams of carfentanil and 0.394 grams of fentanyl.

In August 2017, police arrested Nelson and searched his car. Investigators located six envelopes ready to be mailed to individuals in Canada and other countries. All of the envelopes contained either fentanyl or carfentanil, according to court records.

The police executed a search warrant at Nelson’s home.

They found 102.91 grams of carfentanil; 93 Canada Post receipts addressed to individuals in Canada and other countries; various documents related to fentanyl manufacture, competitors’ pricing, encryption and ordering; and a significant amount of Bitcoin currency, which was valued at approximately $83,000 on the date of arrest and $239,000 at the time of sentencing.

At the time, police called the drug operation one of the most significant and sophisticated operations ever uncovered in Canada.

The sentencing judge said Nelson’s trafficking operation was highly sophisticated that he potentially exposed Canada Post employees and his young son to grievous harm, and the purity and potency of the fentanyl and carfentanil sold by Nelson increased the likelihood of lethality.

The judge also considered the devastation caused by the five-year long opioid epidemic, noting more British Columbians died from fentanyl overdoses from March 2020 to May 2020 than from COVID-19.

In April, a hearing was held at the BC Court of Appeal as Nelson argued he should have received a more lenient sentence than 11 years in prison because he is a first-time offender.

Nelson also claimed the sentencing judge considered unproven evidence and that the sentence was “demonstrably unfit” in the view of case law.

The three-justice panel at the BC Court of Appeal disagreed.

“The appellant presented himself to his community as a law abiding, responsible and respectable citizen and father, whose common-law wife, the co-accused, operated a small business in downtown Kelowna,” Justice Patrice Abrioux wrote in his decision.

“And yet, that veneer of respectability obscured a man who had a long-standing operation trafficking in substances that he knew could be lethal to his clients.”

-With files from Kelly Hayes

Halifax lumberjack bonds with crows, teaches them to log-roll during rehabilitation

Cops release video of Mississauga arson in hunt for firebug

New pharmacy school at uOttawa should be ready to accept students by 2023, officials

Chiefs’ Andy Reid on Le’Veon Bell: ‘I wish him the best’

Canadians struggling with rising inflation and some fear situation will get worse: Poll

Hammer coming down on stunt driving and street racing in Ontario

‘She couldn’t catch her breath’: Edmonton-area mom warns others about long-haul COVID in children

Catholic Church response to sexual abuse must centre on survivor well-being, not defensiveness

Hextall on Hockey: Will Seattle hit the same expansion draft jackpot as Vegas?

Golden Knights at Canadiens: Five things you should know

Heidi Klum flashes underboob to cheer on Germany at Euros

Girl, 13, in critical condition after being struck by vehicle, says Montreal police

Arrest made after altercation involving knife in Lindsay: police

Gros, Mohammed and Muscati: Canada’s immigration detention system is one of the country’s most disturbing secrets

Teenager in critical condition after being struck by car in Pierrefonds

Tiny Maryland town has $731-million lotto winner, and everyone wants a piece