London, Ont., police have laid charges in relation to a weapons investigation launched on Friday.

An injured man reportedly sustained serious, but non-life-threatening injuries as a result of a gunshot wound.

According to police, a vehicle was stolen following the shooting but was later recovered.

The victim and suspects were not known to each other.

Mark Roman Sierkowski, 33, of London, has been arrested and charged while a second suspect, Aaron Rodger Schuyler, 37, of London, has not been located and has been charged by way of warrant of arrest. 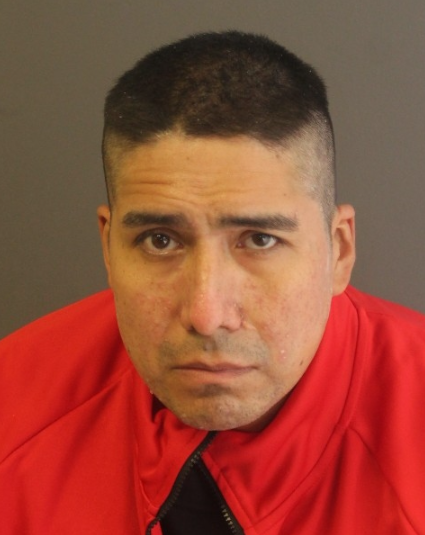 Aaron Rodger Schuyler, 37, has not been located by London, Ont., police in regard to a weapons investigation launched Friday afternoon. London Police Service

Both are facing charges of aggravated assault, possession of a restricted or prohibited firearm without a licence, armed robbery, occupying a vehicle with a firearm, and possession of a firearm or ammunition contrary to a prohibition order.

“A firearm has not been recovered in relation to this investigation, and this is one of the reasons why we’re asking members of the public to not approach this wanted man, should you know of his whereabouts,” said Const. Sandasha Bough with the London Police Service.

TAYLOR: Trudeau has a long way to go to properly equip our military

GOLDSTEIN: Tory’s police budget is sensible and based on what he ran on

Britain indicates it will send battle tanks to Ukraine

KINSELLA: Could end of Trudeau regime be hastened by price of bread?

Prince Harry says memoir is about saving royals from themselves: ‘That worries me’

Barnburner on tap as No. 25 Marquette visits No. 12 Xavier

After top-secret hearing, judge to decide on ordering federal government to repatriate Canadians detained in Syria

Rocket debris found again in Moldova, from war next door

Female pedestrian hospitalized after struck by vehicle in Oakville

Biohacking: Exploring the idea of hacking your biology

Retired general, ex-premier to square off in Czech presidential runoff

University: Student stabbed on bus because she is Asian

At least one killed in blasts targeting troops in central Somalia

Rare page from 15th-century book, among the first printed in England, acquired by Western University

Fight for justice is lifelong for Montreal's anti-racism commissioner

‘Huge undertaking’: How Canadian dentists, hygienists are helping locals in the Caribbean

‘You want to ban me?’ A gas stove makes its case

Week in Photos: Prince Harry, the Royals, Ukraine and California under water

'We're still on the bunny slopes': As 2023 kicks off, is Canada's climate change plan aggressive enough?

Long COVID a 'whole-body disease,' with some patients experiencing loss of taste and smell for months: expert

UK indicates it will send battle tanks to Ukraine

Academic troubled by MPs’ refusal to share newsletters with researchers