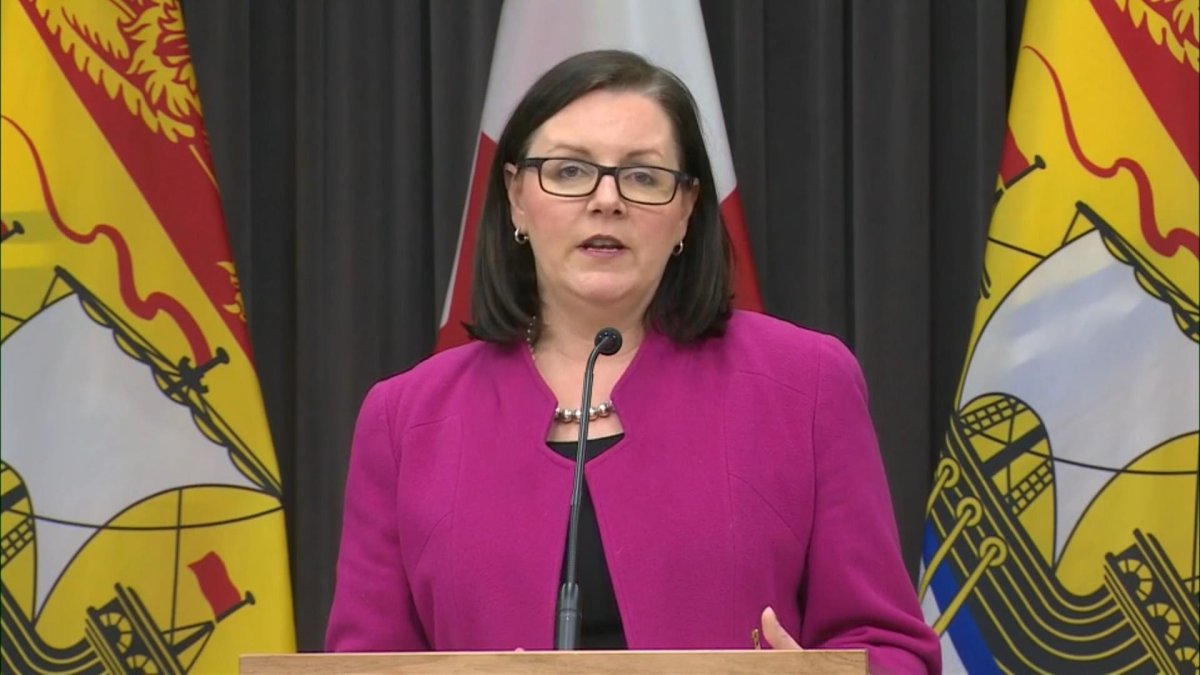 According to the province, the new cases all involve temporary foreign workers between 30 and 39 who arrived in Moncton and began immediately self-isolating prior to taking up their jobs in the Miramichi.

“On day 10 these four workers were tested and subsequently diagnosed. They will continue to self-isolate until cleared by Public Health,” the province said in a news release.The new cases are considered Zone 7 because the individuals were to work in the Miramichi region.

“Self-isolation at the time of diagnosis is the goal, which means the risk of transmission is the lowest it can possibly be, limiting the number of cases,” said Dr. Jennifer Russell, chief medical officer of health. “Our protocols are working.”The number of confirmed COVID-19 cases in New Brunswick is 174 and 168 people have recovered, according to the province.There have been two deaths and there are four active cases. As of Wednesday, 53,699 tests have been conducted.
University of New Brunswick developing portable COVID-19 diagnostic tests
View link »

Stay in the loop

Get a roundup of the most important and intriguing stories, delivered to your inbox

Stay in the loop

Get a roundup of the most important and intriguing stories, delivered to your inbox

De Gea failed to repel 18 consecutive penalties in the Premier League. The last save was in 2014
Torres on leaving Liverpool: there Was no Xabi, Mascherano, Benitez, there was no project... Nothing happened!
Koeman can't be on the Barca bench. All due to the fact that the club is suing Setien
Suarez turned down an offer from Inter Miami in the summer. He could become the highest paid player in the MLS
Barcelona gave Aceme rental Almeria. The defender wanted to sign Juventus
Manchester United lost the first game of the Premier League for the first time in 6 years and for the third time in 29 seasons
De Gea took ayew's shot from the penalty spot, but the referee forced an Interruption. Zaa scored
Source https://globalnews.ca/news/7252124/new-brunswick-coronavirus-covid-19-cases-update-wednesday-august-5/

Former Canada PM Turner, who was in office for just 11 weeks, dies aged 91

Winnipeg woman recovering after sexual assault in a breezeway

Golf-Winged Foot keeps the pressure on in U.S. Open third round

David Olive: Canada is the beating heart of the MEC franchise, and it deserves to stay in our hands

Cricket-Chennai trump Mumbai as IPL gets underway in UAE

Police clash with protesters at anti-lockdown demonstration in London

Air quality for most of southern B.C. finally rated as ‘low risk’

Air quality advisories still in effect for B.C. but improvements hoped for this weekend

City of Calgary, all of southern Alberta under air quality statement due to wildfire smoke

LILLEY: Ford cracks down on parties but no business restrictions for now

Civilians killed in airstrikes on Taliban base, Afghan official says

Minneapolis to name stretch of street for George Floyd

ODDS AND ENDS: Monkey selfies and other offbeat offerings

Trump urges Senate to vote 'without delay' on his U.S. Supreme Court pick, 6 weeks before election

Canada’s Ontario cracks down on parties amid COVID-19 resurgence

Soccer-Emery off the mark for Villarreal with win over Eibar

Underwater and on fire: How climate change is magnifying extreme weather in the U.S.

THE WAY WE WERE: Perusing postcards to pass time during pandemic

'We have to stop the parties': Ford limits gathering sizes across Ontario as COVID-19 cases rise