A military officer accused of sexual assault took his own life. Now his family wants answers

WARNING: This story contains distressing details about suicide. It also includes details about allegations of sexual assault which may be triggering.

In the weeks leading up to the day he took his own life, Maj. Cristian Hiestand, a Canadian air force officer, told his family no one would listen to him.

The charges against Hiestand were laid by military police in provincial court in Saskatchewan less than a week after he broke off the relationship and within five days of authorities receiving a complaint from the civilian woman in question.

Fowler said Hiestand asked the military police officer leading the investigation if he could explain his side of the story and show her a text exchange between himself and the complainant — material he believed would provide more context and backup his claim of innocence.

The officer refused and Hiestand was told that MPs did not need to interview him, as they "... had all the evidence they needed to prosecute him," Fowler said.

Hiestand was removed from duty after being charged and was ordered to have no contact with the victim and several of his co-workers at the air base in Moose Jaw, Sask. The military ordered him off the base and told him to work remotely.

His family says he became isolated and depressed. Hiestand took his own life on Jan. 17, 2022 — roughly six weeks after he was charged.

Experts say his case has profound implications for the military justice system.

The Department of National Defence (DND) has confirmed for CBC News that it has launched an internal professional conduct investigation into the actions of the military police officer who handled Hiestand's case. 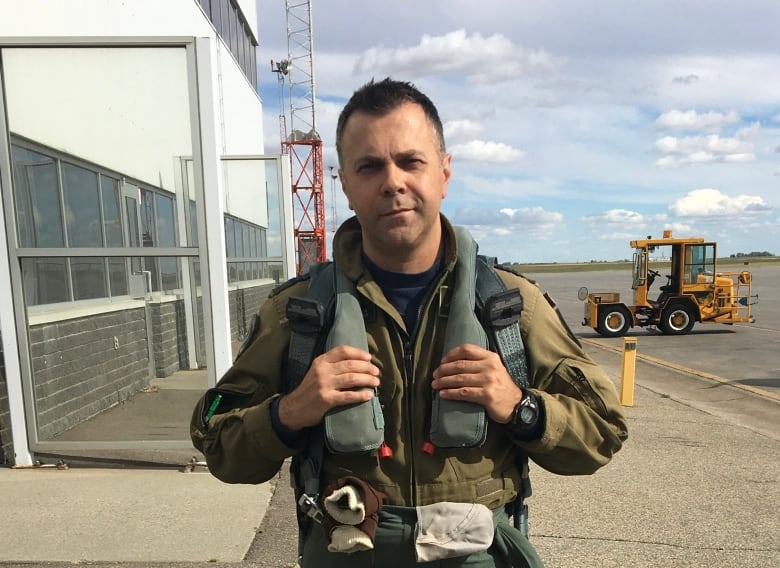 The Hiestand family, however, is calling for a more independent investigation by the Military Police Complaints Commission.

"I think that had just the military police just questioned him, asked him, let him be heard to give his side, give his evidence, I think [I would] have a brother today," Andrea Shorter, Hiestand's sister, told CBC News.

"It's been really hard and frustrating. You're angry. I'm angry at the military police. I want them to answer me. Why? What did they do?"

The case raises troubling questions about how military police conduct sexual misconduct investigations, notably about their obligation — or lack of one — to interview suspects in these cases.

Experts and lawyers are divided on whether that obligation exists. In the civilian system, it has become more common not to interview suspects.

In an overwhelming number of cases, victims of sexual misconduct in the military say they're the ones the police don't listen to. But Shorter — who has marched in #MeToo rallies in California, where she lives and works — said authorities also have a duty to examine all the evidence before laying a charge.

"I'm wondering what's leading their investigations, you know. Is it an ideology or is it facts?" Shorter said. 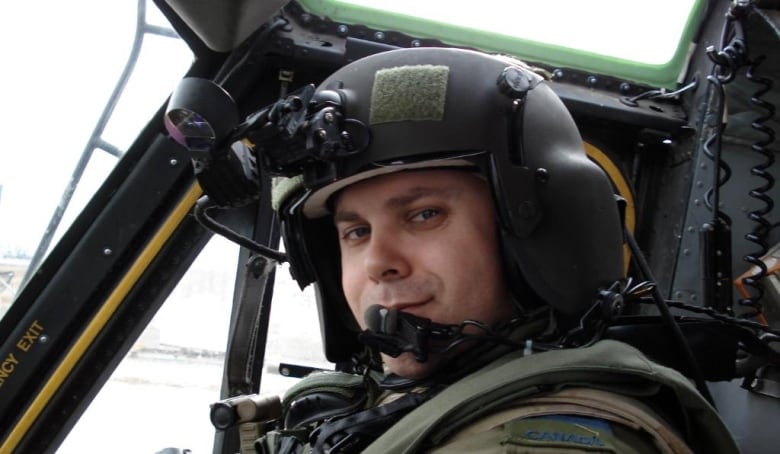 Maj. Cristian Hiestand in Afghanistan in 2009 or 2010. The military says both the criminal file and the professional conduct investigation related to his case remain active. (CBC News/submitted)

CBC News asked to interview the Canadian Forces Provost Marshal, the military Judge Advocate General and the acting head of the Military Police Complaints Commission (MPCC). All of those requests were denied.

Lt.-Cmdr. Jamie Bresolin, spokesperson for the Provost Marshal's office, refused to discuss the specifics of the Hiestand case, saying both the criminal file and the professional conduct investigation remain active.

He said that, in general, "military police never discount any evidence" and while each case "is unique ... in all cases, investigations are conducted to determine the facts, analyze the evidence and, where appropriate, lay charges."

Shorter said that, if that's the case, she wonders why the military police officer refused to look at the texts before laying the charge.

It was Hiestand's military co-workers who tipped off the family to the texts on his phone after his death.

Shorter and her husband said they went through 300 pages of texts. In a filing to the MPCC, they claim a botched and biased investigation contributed to Hiestand's death and that there was a rush to judgment driven by the publicity surrounding the military misconduct scandal.

The MPCC has decided not to hold a public inquiry at this time on the grounds that the conduct of the military police officer in question is being investigated by the Office of Professional Standards within DND.

Concurrently, Fowler requested through access to information and privacy legislation copies of the military police investigation notes, including what is known as an "occurrence report." DND denied that request, claiming "an active investigation" was still underway — despite the fact that the suspect is dead.

Bresolin said the death of an investigation subject does not automatically close a file and several steps are involved as the case is vetted.

"The Military Police and the CFNIS [Canadian Forces National Investigation Service] conduct their investigations in a thorough and professional manner independent of the Chain of Command and political interference," Bresolin said in an email, responding to Shorter's claim that the investigation was ideologically motivated.

He did not estimate when the criminal file and the professional conduct complaint review will be completed. Bresolin did say that, if a military police officer is found in breach of military standards, the complaint can be referred to a police credentials board.

The military justice system and the military police — already tarnished by the misconduct scandal — should hand the case over to the quasi-judicial MPCC at the earliest opportunity, said Charlotte Duval-Lantoine, a fellow with the Canadian Global Affairs Institute who has conducted extensive research on the military's handling of sexual misconduct.

The case is extremely important to the credibility of the entire system, she said. 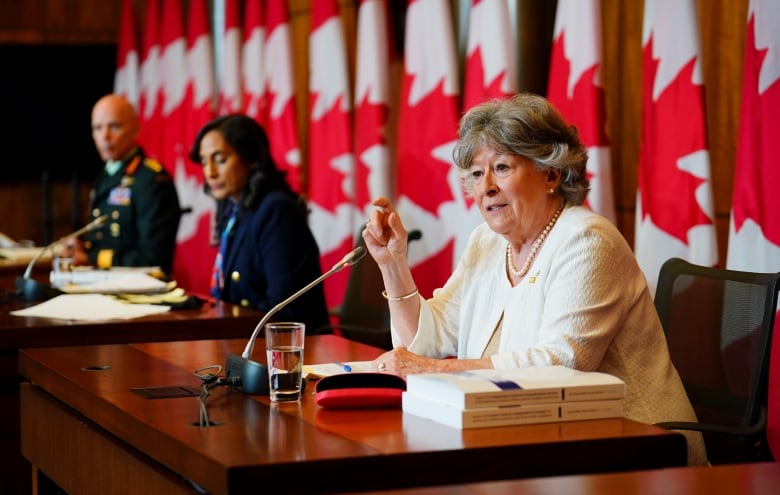 Former Supreme Court justice Louise Arbour and Minister of National Defence Anita Anand (middle) release the final report of the Independent External Comprehensive Review into Sexual Misconduct and Sexual Harassment in the Department of National Defence and the Canadian Armed Forces in Ottawa on Monday, May 30, 2022. Chief of the Defence Staff Gen. Wayne Eyre is at the left. (Sean Kilpatrick/The Canadian Press)

"Madam [Louise] Arbour said in her report in May 2022 that the effectiveness of the justice system relies on perception of its fairness and its legitimacy," Duval-Lantoine said. She was referring to the former Supreme Court justice's independent investigation of misconduct in the military, which was ordered by the Liberal government following a string of accusations against senior military leaders.

"If that perception is broken, if the trust is lost, we will have a hard time to find people both on the survivor and the accused side to really believe in the system and its fairness."

Survivors of sexual assault, she said, have a stake in ensuring the impartiality of investigations because "when there has not been the due diligence made by the police, it's easier to dismiss a case."

Craig Scott, a professor of law at Osgoode Hall Law School at York University, said that civilian police sometimes fail to interview suspects in sexual assault cases and there's no law to compel them to do so.

"It's not unusual," said Scott, who added that in this instance, military police "would charge based on the evidence produced through the complaint from a victim.

"And they don't have an obligation — as the law as currently is understood at the stage of investigation and charge — to go talk to the accused."

It is, he said, completely "discretionary."

The lawyer for Hiestand's family disagrees and said that, because of the unique nature of the military justice system, military police cannot "disregard relevant avenues of inquiry."

Fowler said an independent MPCC review is necessary because of the number of people police ordered Hiestand not to contact. He was forbidden to speak to six potential witnesses, many of them co-workers.

"It tied his chain of command's hands with respect to what they could do with him," said Fowler.

"He's now under a criminal prohibition, enforceable under the Criminal Code of Canada, that he cannot contact people who work in the same workplace ... simply because they happen to potentially be witnesses in a criminal matter. And that's relatively rare.

Hiestand's father and mother, Ernst and Michaela, have written letters to Prime Minister Justin Trudeau, Defence Minister Anita Anand and MPs on both sides of the aisle.

Ernst Hiestand told CBC News he was shocked at how quickly the military as an institution abandoned his son and ostracized him.

"He was good enough to go to Afghanistan," Hiestand said. "He got accused of something from ... a civilian outside and the military basically told him, 'You're on your own.'

"They just simply throw him under the bus, as far as I'm concerned. That's terrible for a country, in my opinion. For somebody that is willing to give his life for the country, they should have at least investigated him."

If you or someone you know is struggling, here's where to get help:

Support is also available for anyone who has been sexually assaulted:

You can access crisis lines and local support services through this Government of Canada website or the Ending Violence Association of Canada database. ​​If you're in immediate danger or fear for your safety or that of others around you, please call 911.

‘Silence is not the answer’: Iranian-Canadians horrified by first-known execution

Filip Rebraca leads Iowa to blowout of No. 20 Iowa State

FedEx driver says he strangled girl, 7, in van after hitting her during delivery

Winnipeg man who stabbed wife to death in 1994 granted day parole in B.C.

Peter McKnight: Any changes to law on human gene editing should be after public consultation

Witness to many of sports’ greatest moments, Steve Simmons shares the stories in new book

Officer injured in shooting amid tension in northern Kosovo

2 lawyers and a former US attorney will probe UVA shooting

Central Okanagan Food Bank has 25 per cent increase in demand

SO, WHAT’S $32 BILLION?: Feds in no hurry to recover COVID overpayments

2 people taken to hospital after collision in Toronto

Advocates seek funding for free contraception in next B.C. budget

LILLEY: If private clinics are allowed inside public system for abortion, why not other surgical procedures?

Racial slur during Valleyfield Midget A game leads to suspension

N.B. lawyer who was Brian Mulroney’s best friend dies at 85

Vaughn Palmer: Frustrated David Eby can only blame his predecessor for election speculation

Back to winning, Nets out for more vs. Hawks

Tage Thompson, Sabres out to keep offense going vs. Penguins