You've probably heard of Succession by now: HBO's fiery, ruthless tragicomedy about the Roys, a family fighting amongst themselves for control of Waystar Royco, the multi-billion dollar media empire that their cruel, aging patriarch refuses to surrender.

The show premiered in 2018, and after a slow storm of positive critical reception gave way to its rampant, mostly word-of-mouth spread, the Emmy-winning series is back for a third and much-anticipated season on Sunday.

As Succession creator Jesse Armstrong tells it, the show is partly based on the Murdoch family, a group of people with whom most of us have little in common. So why are audiences so wild about this series that, at first glance, is just another about an obscenely wealthy family?

Critics and fans think we have an appetite for shows about rich people on their worst behaviour and familial power struggles that border on "medieval" — but remain strangely relatable.

Succession is "cutthroat" in a way that is unusual for family dramas, said Allison Keene, TV editor for Paste Magazine.

"There's something very medieval about it," Keene said. "I think that Succession is — for lack of a better word — the true successor to Game of Thrones."

Indeed, the show's tenuous family dynamic makes for a captivating power struggle, and its character's insecurities and hangups are part of the appeal. Kendall, the pathetic son, is desperate for validation from a withholding father; his sister Siobhan fancies herself a morally virtuous progressive, but it's just not in her blood. Their two brothers, Roman and Connor, are no less craven. 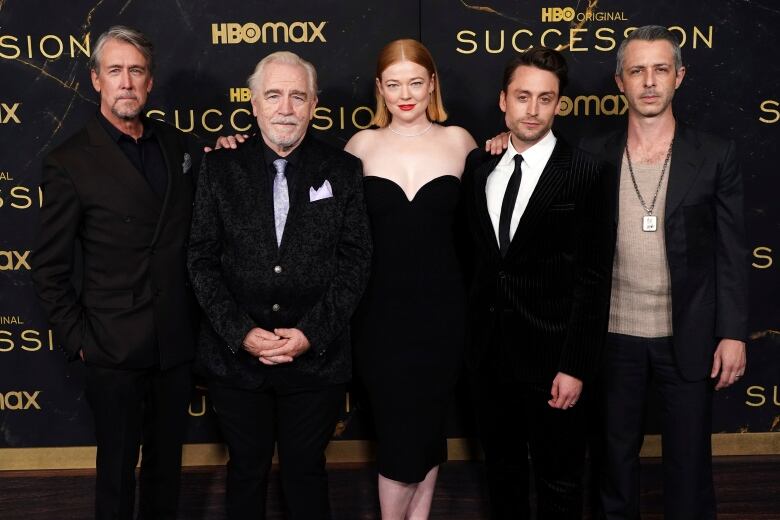 Beyond the siblings, there's Greg, the idiot cousin who gets swept up in his relatives' lifestyle; Siobhan's husband Tom, an outsider desperately trying to belong; and of course, Logan, the scary, manipulative patriarch unwilling to relinquish power to his children, whom he resents for having never built anything of their own.

Yes, these characters are reprehensible — but it's a family affair, and that's the draw.

"There is something universal about the experience of [these characters] wanting their dad's affection and fighting with their siblings and just feeling like they're never doing enough and never good enough to be chosen," Keene said. "So I think those themes are ones that really, really land with people and make us want to support them."

Angie Han, TV critic for The Hollywood Reporter, said that the show's thematic resemblance to Game of Thrones was what initially pulled her in — but she soon realized that Succession's twisted sense of humour is much more akin to Veep, HBO's late, great political satire.

"Once I got into it, I realized that's also just very, very darkly funny. It's got a lot of these characters that you kind of hate, but you also can't help but love," Han said, pointing to scion Kendall Roy, a character who she described as both her favourite and "the absolute freaking worst" in the same breath.

"If I knew him in real life, I would despise him," she said. "And yet, the performance is so strong, the writing is so strong that you can loathe him and just feel so deeply for him and care about him so much at the same time."

Show stands apart from others about wealth extremes

Many television shows this year focused on wealth inequalities at their most extreme: Netflix's Squid Game and Maid follow characters in the depths of cyclical poverty while others, like The White Lotus and Nine Perfect Strangers, peered into the world of rich elites.

While Succession is certainly on the latter end of the spectrum, part of its buzz is coming from that trend, Han said. And while it comments on what it's like to have accrued a certain amount of wealth, the depiction is bleak.

"It's one of the few shows that I've seen about really rich people where being rich just doesn't look that fun," Han said.

WATCH | The fractured Roy family wrestles for control of their media empire in Season 3:

She pointed to the show Billions as an example of how wealthy lifestyles are glamourized on television in a way that is appealing to audiences. By contrast, Succession's characters seem almost bored by the privileges that they're so desperate to hang onto.

"The show is never like, 'Isn't it cool that these people get this fabulous experience?' You just see Kendall sitting on a private jet looking miserable … because to him, it's just normal life."

The fractured family's relentless pursuit of wealth is, ultimately, their common denominator, Han added. Even when its younger characters are intent on giving off a youthful, progressive sheen to counter their father's aging conservatism, a thirst for power prevails.

When Succession premiered in June 2018, HBO was about a year away from the end of Game of Thrones, which had been its hallmark series for eight seasons.

The network was in a transitional period as they tried to conceive of what their next big hit would be, said Brendan Boyle, the co-host of RoyCast, a podcast about Succession. Boyle and two friends began the podcast partly as a way to spread the good word about the show.

"I think we had the sense that not enough people really knew about it," he said.

According to Variety, Succession's Season 2 closer in October 2019 attracted just over one million viewers, a 12 per cent increase from the Season 1 finale. HBO clearly had faith in the series, having renewed it for its third season just two episodes into its second.

For Keene, the show's growing popularity is the result of social media influence and testimonials from friends, as well as the facility of streaming services — Succession is available on HBO Max and Crave.

But the show's cultural cachet hearkens back to another popular prestige drama that wasn't pulling in Game of Thrones-level ratings.

"Mad Men had a very low viewership, but an outsized importance in the culture," Keene said. "Even if people didn't watch the show, they knew who Don Draper was."

"And I think Succession is similar in that way … I think it's sort of taking over in a way that other shows that might be really great just haven't."

Canadian Forces arrive in Merritt ahead of potential flooding

Lower prices at the pump will be short-lived: Canadians for Affordable Energy

Jack Todd: Firings mark the end of a tumultuous 2021 for the Canadiens

Merritt, B.C. residents in evacuation zones ordered to leave ahead of possible flooding

NFL Monday preview: Seattle not giving up, Washington looking up

B.C. Floods: Province braces for yet another intense rain storm

Dragic leaves Raptors with permission to attend to personal matter

ODDS AND ENDS: Giant pickle and other offbeat offerings

BRAUN: Real life vs. reel in ‘The House of Gucci’

ELDER: The Rittenhouse case — send in the clowns

MALCOLM: If only Canadian political news was about what really mattered to people

BC looks to stay hot at home vs. South Florida

Hornets look to bounce back in clash with Bulls

Flooding in U.S. northwest evolving in areas hit by prior storm

BRAUN: Nearly half of Toronto’s bike lanes get failing grade

Soccer-Atletico up to second with win in Cadiz

‘She made an impact:’ Lethbridge Eagles host memorial game in honour of former teammate

B.C. players among field-hockey team stranded in South Africa due to COVID-19 variant