Céline Dion will ring in another New Year's Eve at The Colosseum At Caesars Palace. 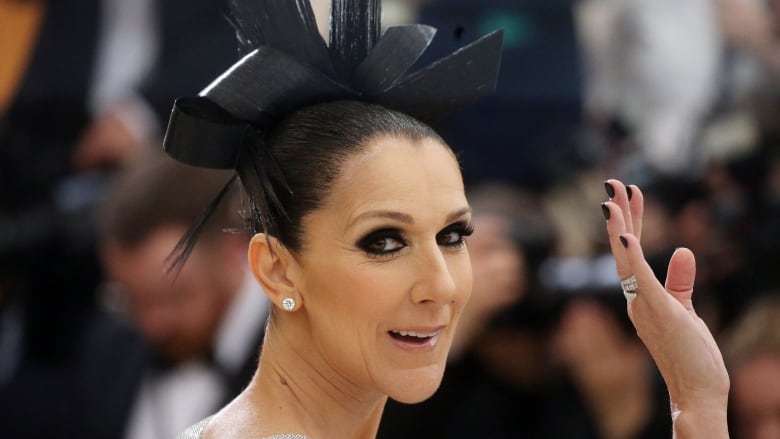 Céline Dion, seen here in New York in 2017, will ring in another New Year's Eve in Las Vegas, continuing her residency at The Colosseum At Caesars Palace. (Carlo Allegri/Reuters)

Céline Dion will ring in another New Year's Eve at The Colosseum At Caesars Palace.

The Quebec superstar has announced 24 more performances for her Las Vegas residency. They include dates Oct. 30 through Nov. 17 and Dec. 28 through Jan. 20, including a performance on New Year's Eve.

Dion's Vegas run was interrupted earlier this year by an ear condition called Patulous Eustachian tube. It forced her to cancel a series of shows over two months.

The 50-year-old singer returned to the stage in May after undergoing a "minimally invasive surgical procedure."

The My Heart Will Go On songstress performs Tuesday, Wednesday, Friday and Saturday in Vegas this week. She then heads overseas for 22 shows across the Asia-Pacific region, starting June 26 in Tokyo.

Tickets for the new batch of Colosseum shows go on sale Friday.

Baros will end his career at the end of the season
Pogba and Brunu were injured when they collided in training. The Bournemouth game is in question (Daily Mail)
Ex-President of Barca Gaspar: Messi has a few more years to be the best player in the world
Morata scored a double for Atletico for the first time since March last year
Rummenigge on Tiago: there have been no Contacts with Liverpool, but he wants something new
Rivaldo on Messi in Juve: The world will boom. The Duo of Lionel and Ronaldo will go down in history
Atletico Interrupts the penalty for the second match in a row. Morata converted an 11-yard shot from the 2nd attempt
Source http://www.cbc.ca/news/entertainment/celine-dion-vegas-2019-1.4676817?cmp=rss

Chris Selley: Reopening schools is our only sensible option. Now politicians need to admit it

Exclusive: WE Charity offered summer camps up to $25,000 to host volunteers

Golf-Simpson in share of lead at halfway point in Detroit

Remainder of Saskatchewan businesses ready to reopen by middle of July

Man in critical condition after shooting in downtown Toronto

GOLDSTEIN: Paying students to ‘volunteer’ a bad idea from the start

Fraser River expected to peak at the Mission gauge by Monday

Airdrie rallies and repaints Pride walkway after acts of vandalism

Quebec government pulls ads from Facebook for one month

2 home invasion suspects surrounded by group of residents prior to arrest in Princeton, B.C.

Stampede spirit forging ahead in Calgary despite COVID-19

MANDEL: They don’t make dames like Yolanda Ballard any more

Coronavirus: Board of health to take on mandatory mask issue in Hamilton

Stu on Sports: Giving Canadiens fans a reason for optimism vs. Penguins

Love Viral Rollerskaters? Celebrate The Black History Behind The Trend

Cineplex sues Cineworld for $2.18B in wake of failed acquisition

Ujiri accuser not off the hook just yet

Social housing projects in the works for C.D.N.-N.D.G., St-Michel

Quebec government suspends all advertising on Facebook during July