The two players sat down with The National's Adrienne Arsenault to reveal the news.

After the duo helped Canada capture bronze at the 2012 Olympics — Matheson scored the medal-clinching goal — Sinclair expected progress. After all, the team had just snapped Canada's 108-year podium drought in the sport.

"I really thought that 2012 was going to be a turning point for this country in bringing professional soccer home," Sinclair told Arsenault. "But it never happened. And there's still no pathways within this country."

And so, a decade later, Sinclair and Matheson took matters into their own hands.

Soccer superstars Christine Sinclair and Diana Matheson announce that a professional women’s soccer league in Canada will launch in 2025. The athletes tell Adrienne Arsenault the country has the players, money and desire to make the league a success.

The still unnamed league would begin in April 2025 with an inaugural champion crowned sometime in the fall. Each team will have at least one Canadian international, and the goal is to bring home about half of the over-100 Canadians currently playing abroad. Matheson said the Vancouver Whitecaps are the first team to commit to the league.

The league is being built by Matheson and her business partners at Project Eight Sports. Sinclair, soccer's all-time international scoring leader, is on board as an official advisor.

"The whole idea behind this is to aim high. And like, if you're not, what's the point?" Sinclair said.

"So let's go out from the get-go and compete with the best leagues in the world and bring in the top talent. And yeah, have 10 year olds watching a game that 10 years later is on the Whitecaps, for instance. That would be my dream."

Matheson, who retired from playing in July 2021, has visions of the league pushing the entire Canadian women's sports infrastructure forward.

"It's health and wellness. It's confidence. It's tied with better academics. There's a huge tie between women in sport and women in business," Matheson said. "And this is about soccer, but it's about the coaches, it's about the referees, it's about women in executive roles in sport."

Part of that women's sports fabric comes down to marketing like jersey sales. Sinclair said she can't even get her hands on her own jersey to gift to her niece.

"I don't know if they exist," Sinclair said.

Matheson, 38, said she's been working on obtaining her Master of Business Administration, as well as partaking in UEFA programming. She's hoping the league becomes a Canada Soccer member by 2023, with full sanctioning by 2024 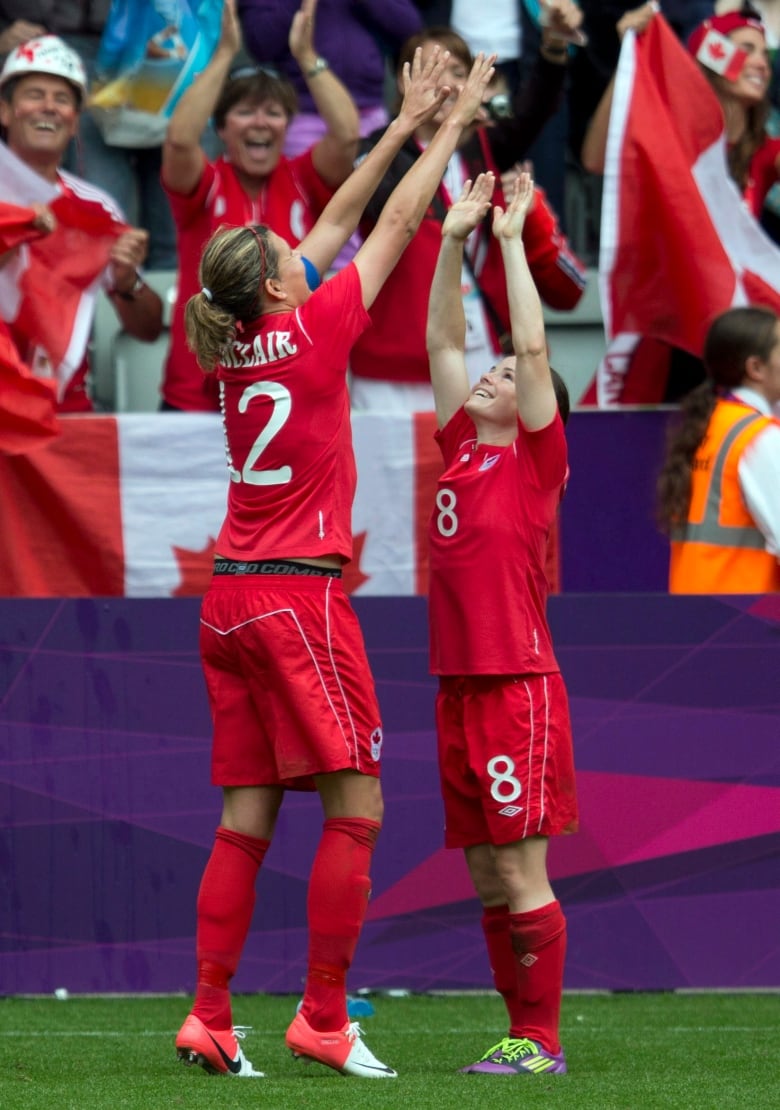 She said Air Canada and CIBC are already on board as sponsors, and that it's especially important to have the right team owners involved in the league.

The Oakville, Ont., native made the case that the buy-in, which is expected to be between $8-10 million, is a worthwhile investment, noting that National Women's Soccer League clubs, which were bought for $150,000 US 10 years ago, are now valued at a minimum of $35 million US. The Orlando NWSL franchise was purchased in 2021 for about $400 million US.

Matheson said her league can compete with average player salaries across the world right now.

"We just have way more opportunities to monetize our own brand. Players can do appearances, they can work with companies, they can run camps in a way that they just can't when they're playing in Italy and England," she said.

Another point of importance for Matheson and Sinclair is ensuring players in their league are protected. Reports of abuse in the NWSL last season resulted in the resignation of half of the league's coaches.

Sinclair is captain of the Portland Thorns, whose CEO Merrit Paulson stepped down in October following reports of systemic emotional and verbal abuse, as well as sexual misconduct.

"[It's] unfortunate just how women are treated and taken advantage of. That's why we need women owners. We need female executives," Sinclair said.

Added Matheson: "It's training, it's vetting, it's independent reporting systems. And for us, that's going to mean working with those groups that are really good at doing those things." 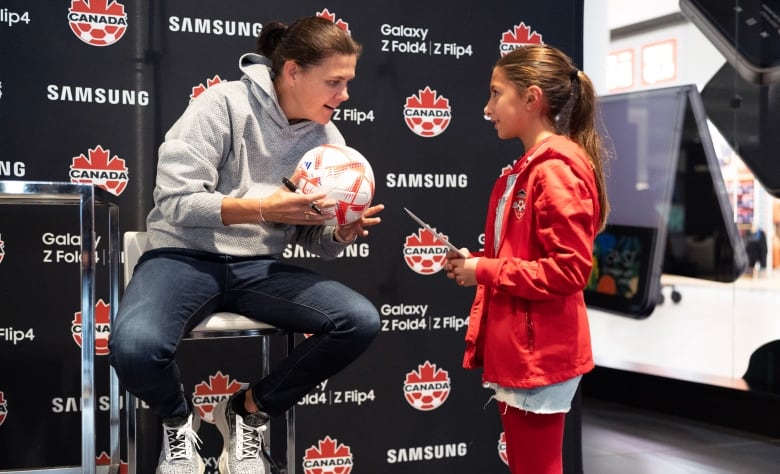 At its crux, though, the league intends to establish pathways for young Canadian women to stay in soccer and work their way onto the national team — to foster future generations so that one day they could get their golden moment like Sinclair had in 2021 in Tokyo.

"It's time to change the narrative and inspire the next group," Matheson said. "I believe kids need to see it to believe that it's possible to happen. And with the launch of this league, kids will be able to go into their own backyard and watch their heroes play and dream of one day representing their hometown professional club and maybe representing Canada."

Sinclair said she was once one of those kids, watching the 1999 World Cup with a dream to be on that pitch herself one day.

23 years later, the Burnaby, B.C., native has accomplished nearly everything she could in her sport.

"We've inspired Canadians on the podium," Sinclair said. "Now it's time to actually make an impactful difference here in Canada."

Host Signa Butler explains the landscape of women's sports leagues in Canada, as some of the country's best athletes are without a league in their own backyard.

No. 8 Kansas downs No. 7 Kansas State to split season series

Trump’s fundraising for presidential bid gets off to modest start

Call of the Wilde: Montreal Canadiens dropped by Ottawa Senators 5-4 before All-Star break

No. 23 Miami pulls away from Virginia Tech

Philip Steenkamp: Food security should be next on B.C.’s political menu

TTC rider shares frightening subway encounter: ‘I was physically cornered to my seat’

Report reveals how Canadians are coping amid tough economic situation

Wolfe Islander IV ferry expected to be in service this spring

Will Ferrell chirps Raptors, Drake, while sitting courtside in Portland

Toronto Raptors’ road trip has had its moments, but is it enough to avoid unloading at the trade deadline?

On East Hastings Street in Vancouver, where it’s now legal to shoot up

Man with 250 Guinness records adds another for fist bumps

B.C. man who kicked addiction aims to be ‘gourmet mushroom king of Canada’

FIGHTING ISLAMOPHOBIA: Will PM’s new adviser unite or divide us?

Liveblog: Habs and Sens meet once more before all-star break

Liveblog: Sens up 2-1 on Habs after first period