The best and the worst of fantasy football in NFL Week 12. 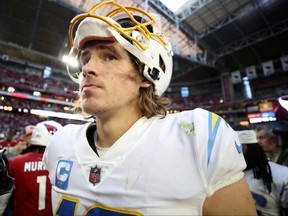 Looks to be finding his form with two straight 20+ point games.

Shook off a fourth-quarter calf injury to come back in OT and score the winning TD.

Another star RB with a game-winning overtime TD, Chubb reached 100 yards for the sixth time this year.

Rookie now has 90+ yards in three of his past four games and notched his second multi-TD game of the season.

With a team-leading 13 targets on Sunday, he now has six games with double-digit looks in his past eight.

He’s TE3 on the Ravens depth chart, but led the team in receptions and yardage this week.

Had his worst outing of the season, which is saying something.

Was used purely in a reserve role with Gus Edwards back in the lineup.

Briefly left the game with an injury, but it was the fumbles that did him in this week.

Rookie has totally fallen off the radar with just four targets in the past three games.

Saw his outstanding streak of seven straight games with 50+ receiving yards come to an end.

Despite getting nine targets, came up with just two receptions in the overtime loss to Cleveland.

After three straight games with a touchdown, Johnson failed to even make a catch.

I HOPE YOU STARTED

The Jets made the switch to Mike White this week in an effort to spark a passing game that wasn’t working under Zach Wilson. The move paid off in spades, with White throwing for 315 yards and three TDs against the Bears. It might be hard for Wilson, the former second-overall pick, to earn his job back.

The list of WRs who have had two games with double-digit catches isn’t very long, but you can now add Zay Jones to it. The Jags WR had 11 receptions on 14 targets for a whopping 145 yards against the Ravens, good for 22 fantasy points.

To get the latest fantasy updates throughout the season, be sure to sign up for our newsletter at https://torontosun.com/newsletters. You’ll even get the ’10 Commandments of Fantasy Football’ as a bonus!

The ‘Chosen One’ fulfills destiny as James claims scoring record

IEA: Asia set to use half of world’s electricity by 2025

Uganda says it will not renew mandate of U.N. human rights office

Four takeaways from Biden’s State of the Union speech

Arkansas takes care of business on road, cruises past Kentucky

United Airlines flight turns around after fire in cabin

Vernon, B.C. RCMP searching for woman missing over a month

Woman, 69, dies after being hit by SUV in crosswalk on northeast Calgary street

Biden highlights economy, spars with Republicans in State of the Union speech

Investors’ reactions to Biden’s State of the Union speech

In State of the Union speech, optimistic Biden pledges to work with Republicans

With De’Aaron Fox back, Kings look for more success vs. Rockets

In a first, some CSX railroad workers to get paid sick time

Trayce Jackson-Davis fuels No. 18 Indiana over No. 24 Rutgers

The Oscar nominee that says a lot just with its title

LILLEY: CBC wants to be a digital streamer; good, we can stop the subsidy

B.C's pink sea urchins on the move to shallower waters thanks to climate change

Before and after: How Toronto's MARZ uses AI to make motion picture magic