A paraplegic former member of the Canadian military shocked MPs on Thursday by testifying that the Department of Veterans Affairs offered her, in writing, the opportunity for a medically assisted death — and even offered to provide the equipment.

Retired corporal Christine Gauthier, who competed for Canada at the 2016 Rio de Janeiro Paralympics and the Invictus Games that same year, spoke before the House of Commons veterans committee and agreed to provide a copy of the letter.

"With respect to me, I have a letter in my file, because I had to face that as well," said Gauthier, referring to the debate about veterans being offered the option of medical assistance in dying (MAID).

"I have a letter saying that if you're so desperate, madam, we can offer you MAID, medical assistance in dying," said Gauthier who first injured her back in a training accident in 1989.

Testifying in French, she said she has been fighting for a home wheelchair ramp for five years and expressed her concerns about the assisted dying offer in a recent letter to Prime Minister Justin Trudeau.

"I sent a letter to Prime Minister Trudeau and that they [Veterans Affairs] offered me MAID and would supply equipment," said Gauthier.

Gauthier did not say when the assisted death offer was made, whether it came from a case manager or a veterans services agent, or when she wrote to the prime minister.

Veterans Minister Lawrence MacAulay revealed last week in testimony before the same committee that four — perhaps five — cases of Canadian military veterans being given the MAID option by a now-suspended veterans service agent have been referred to the RCMP.

MacAulay urged other veterans who may have had similar experiences to come forward. 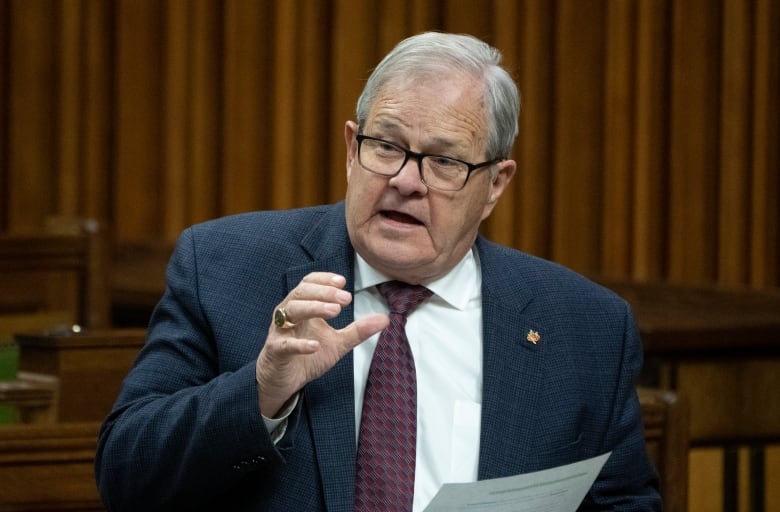 Department officials told CBC News they couldn't confirm whether the incident involving Gauthier represents a new case or was something the department was investigating already.

During his testimony last week, MacAulay walked the committee through four cases he said the department was certain of and that had been uncovered as part of a file review launched last summer.

The veterans service agent who allegedly provided the advice has been removed from her post while the department and the RCMP investigate.

"We remain confident that this is all related to one single employee, and it's not a widespread or a systemic issue," MacAulay told the committee last week.

Another veteran who testified Thursday, retired corporal Bruce Moncur, said that at a meeting two weeks ago, a deputy minister at the department tried to assure an advisory committee that includes veterans that what they were facing was an isolated incident.

"Five days later, we found out through the media that that was all lies," said Moncur. "So we're having, literally, an assistant deputy minister lying to veterans faces five days before the truth comes out. So, I said, it's disheartening to say the least."

A spokesperson for MacAulay said late Thursday that the advisory committee was given the most recent information the department had at the time of the meeting.

New Democrat MP Rachel Blaney, a member of the committee, said she was shaken by what she heard on Thursday.

"I just want to extend my deepest apologies," she told Gauthier. "I just, I am in shock. And I thank you for bringing this reality [to the committee]."

The question of what is going on at Veterans Affairs, and whether the Liberal government has a handle on the problem, was put before the prime minister during a media availability Thursday. 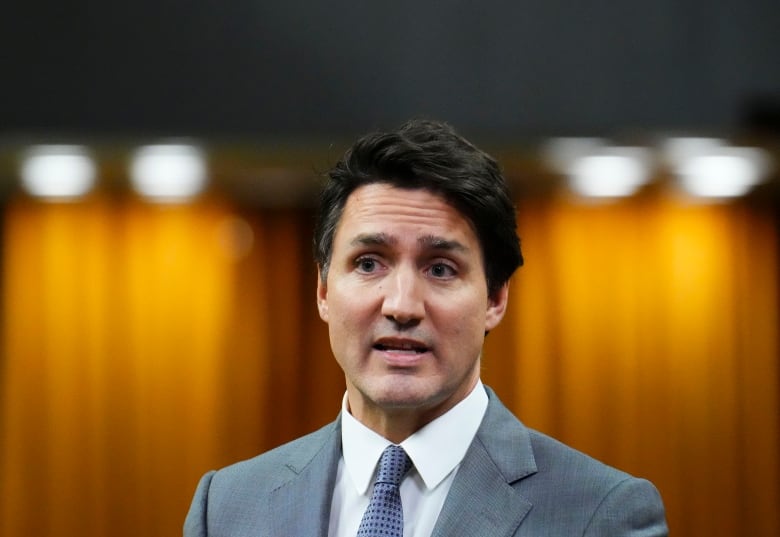 Prime Minister Justin Trudeau is attempting to reassure veterans that department employees associated with offers of assisted death no longer have contact with the department's clients. (Sean Kilpatrick/The Canadian Press)

Trudeau tried reassurance, saying the employees in question no longer have contact with veterans. He also acknowledged that these cases fit within a larger debate over the expansion of medically-assisted dying in Canada to include those with mental illness.

That could become an option next spring.

"The issue of medical assistance in dying is a deeply personal, extraordinarily difficult choice that individuals and families need to make in the most thoughtful and best supported way possible," Trudeau said.

"We understand that making sure we are respecting people's rights and their choices, at the same time as we protect the most vulnerable, is a very important but challenging balance to establish."

WOLSTAT: With NBA trade market in a frenzy Raptors need to act to set up for the future

Letters to the Sun: Thank you, B.C. Ferries

Memorial at Gabby’s on Danforth for slain journalist Michael Finlay

New York firefighters’ beefcake calendar a thing of the past

Polar bear in fatal Alaska attack was in poor health

In Turkey, night fills with screams and crying as earthquake rescues go on

U.S. VP Harris to map out next steps to aid Ukraine at Munich meeting

Curlers ask for transparency and communication after pregnancy exemption uproar

LILLEY: Costly and false fight pits trees vs subway and could cost you big time

B.C. fire tanker crashes in Australia, both on board safe: owner

Toronto dentist who had sex with patient, fathered child can still practise while panel decides punishment

Toronto dentist who had sex with patient, fathered child can still practice while panel decides punishment

Yannick Nézet-Séguin 'proud and happy' about variety of Grammy wins

Woman in hospital after object thrown through her windshield

Steven Guilbeault calls for decree to protect caribou in Quebec

Death toll from mysterious meningitis outbreak in Mexico at 35

Trio ‘extremely lucky’ to survive after falling through the ice on Lake Ontario: Cops