Iran MP offers US$3M 'to anyone who kills Trump': report 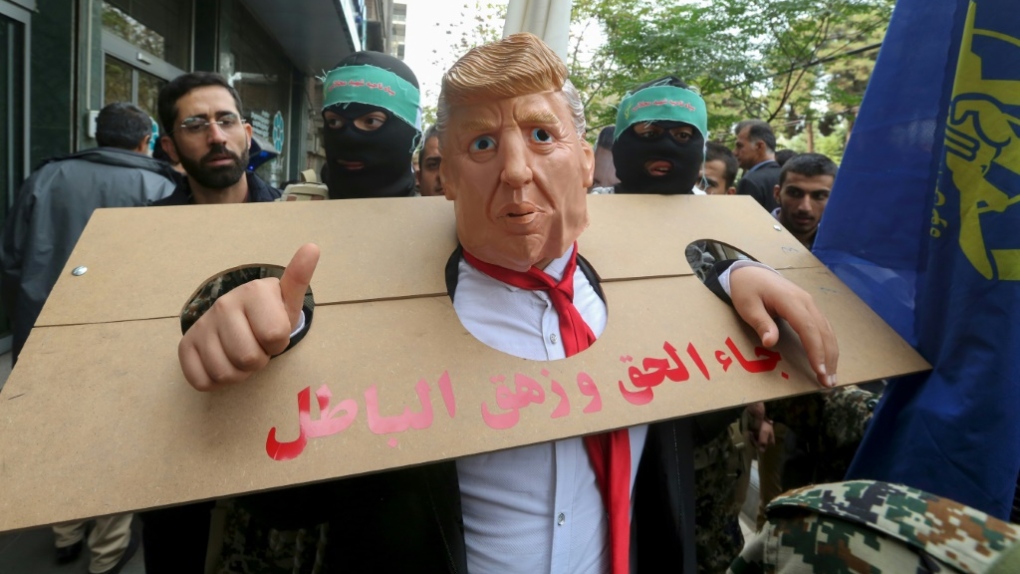 TEHRAN, IRAN -- An Iranian lawmaker on Tuesday offered a US$3-million reward to "anyone who kills" U.S. President Donald Trump to avenge the assassination of a top general, semi-official news agency ISNA reported.

Ahmad Hamzeh, a little-known member of the Majlis, made the offer on behalf of the people of Kerman, the hometown and final resting place of storied commander Major General Qasem Soleimani.

"We will give $3 million to anyone who kills Trump," Hamzeh, who represents Kahnouj county near the southeastern city of Kerman, was quoted as saying by ISNA.

He did not say who would pay the bounty offer, which comes a month ahead of a parliamentary election.

Soleimani, one of the most popular public figures in Iran, was killed on Jan. 3 in a U.S. drone strike outside the Baghdad airport.

Travel disruptions expected and a slow-blooming spring; In The News for Feb. 26

Olympics-Afghan refugee pursues his dream of boxing in Tokyo

Feds to introduce bill dropping some restrictions on assisted dying

Panic buying in China and Italy a fresh reminder to be prepared: Don Pittis

Diplomats warned federal government about getting too tight with China, committee hears

As stock markets fall, the time to stock up at the store is before COVID-19 comes to town: Don Pittis

Now that Teck Frontier is dead, is there a future for Canada's oilsands?

No. 2 Baylor blows by Kansas State

Fake meat and a latte? Starbucks adds Beyond Meat in Canada

Boxing-Fury promoter wants Joshua next instead of Wilder rematch

No. 5 SDSU bounces back for tight win over Colorado State

Ducks down Oilers in OT behind Milano’s 2-goal debut

Spread of coronavirus in S.Korea prompts Chinese cities to curb entry by outsiders

Bucks hold on for road win over Raptors

Kodiaks men eye up chance at battling for ACAC volleyball title on home court: ‘We want that feeling’

About Last Night: Domi was the Habs' best player against Vancouver, but it wasn't enough